Warming up after a bitterly cold morning 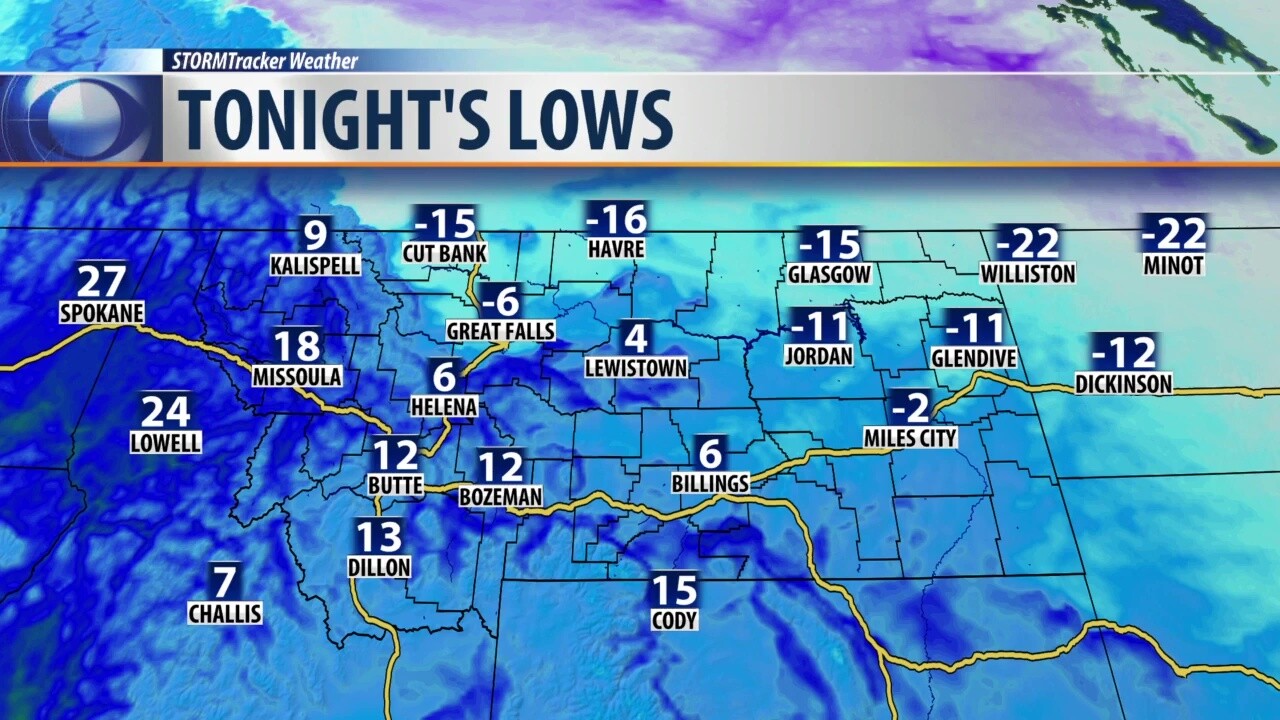 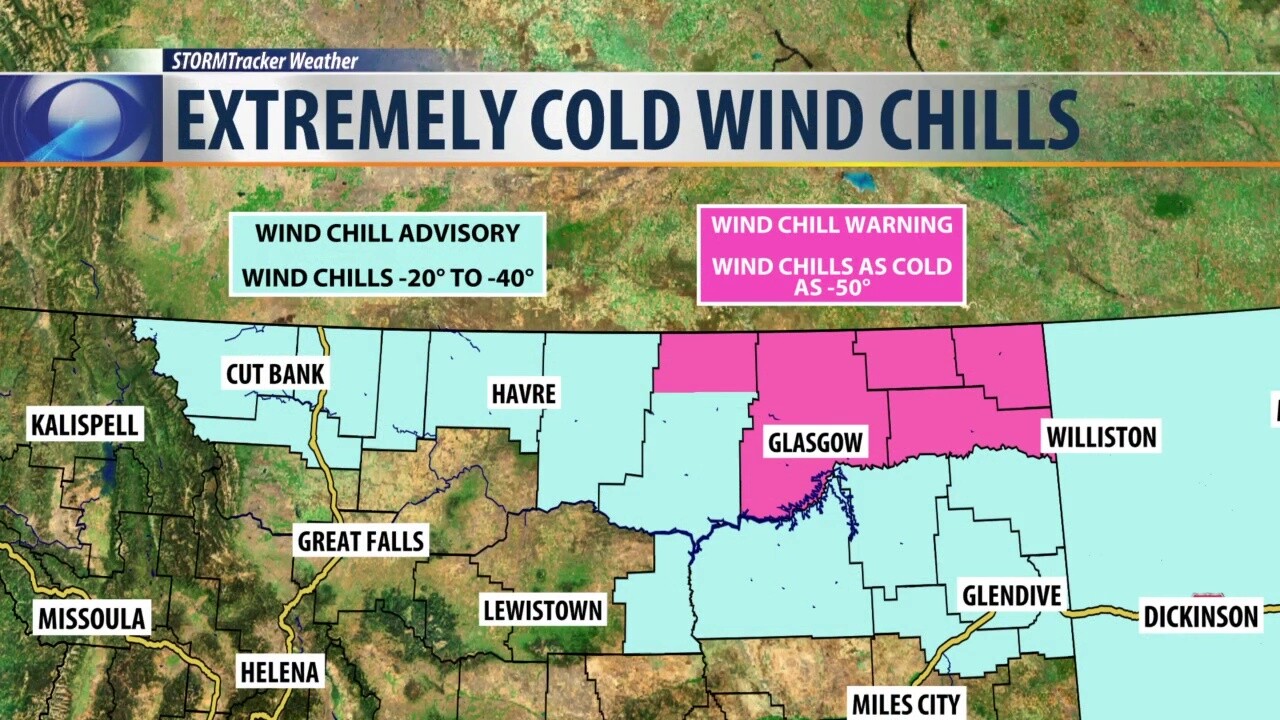 The arctic air we've been stuck with reached its peak Tuesday night into Wednesday morning.

Temperatures fell as cold as -33 north of Havre, good for the coldest air temperature in the lower 48 states on Wednesday.

After the bitterly cold start temperatures have risen above zero, at least for most of North Central Montana, Wednesday afternoon.

Areas along the Hi-Line are struggling to break the zero degree mark.

Another cold night is expected Wednesday night, but it won't be quite as bad as the night before.

Temperatures will fall into the teens below zero along the Hi-Line, in the single digits below near Great Falls, and stay warmer near Helena and Lewistown.

Helena and Lewistown will be warmer on Thursday too, with highs in the 30s.

In some further good news, everyone should make it above zero by Thursday afternoon!

In addition to the extreme cold, we've also been tracking ice jam flooding over the past few days.

The flooding threat in Great Falls has decreased, and the Flood Watch there has been canceled.

However, another ice jam has developed on Spring Creek in Teton County, sending flood waters into the city of Choteau.

Water as deep as 6 inches has been reported on some city streets.

A Flood Warning is in effect in the area until waters subside.