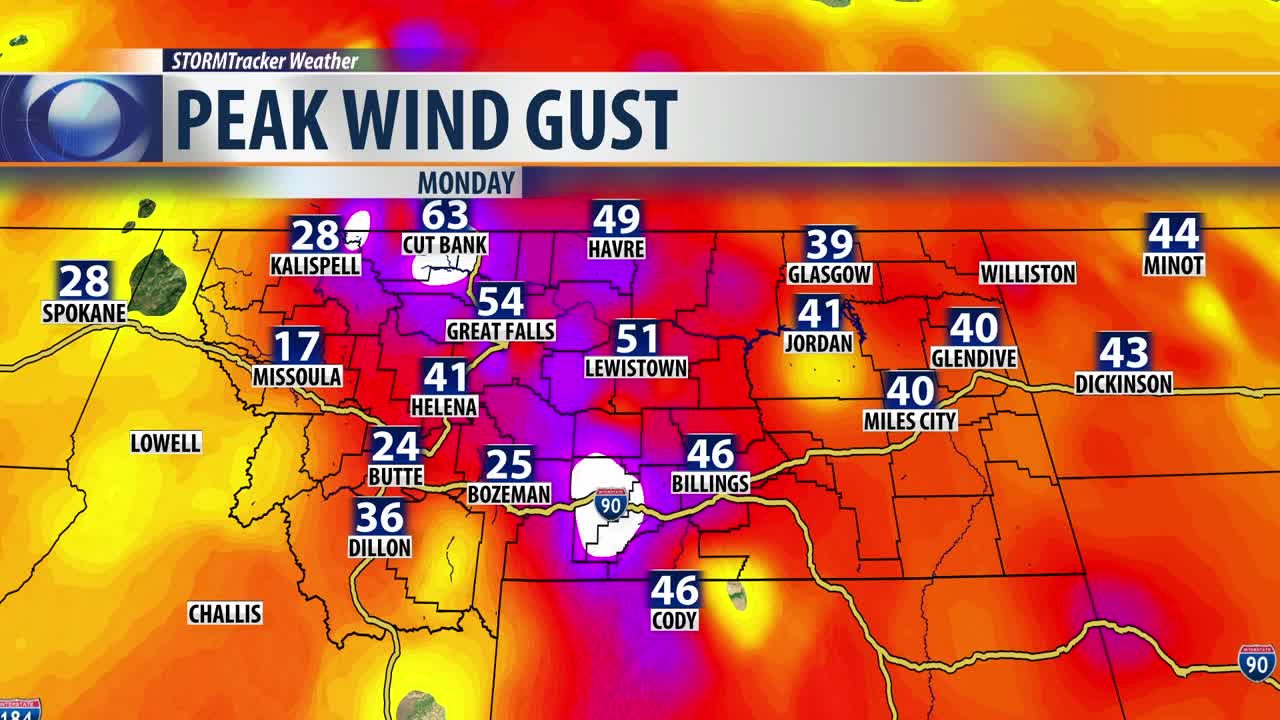 Monday has been a very windy day.

Gusts over 60 miles per hour have been reported in North Central Montana.

The wind, combined with our lack of snow on the ground, has lead to areas of blowing dust, which have in turn closed a large stretch of Highway 87 between Great Falls and Fort Benton due to near zero visibility.

The wind looks to remain strong Tuesday and Wednesday.

The strongest breezes shift east Tuesday, and a High Wind Watch is in effect for the eastern half of the viewing area.

The strong winds will also bring increased fire danger, and a Red Flag Warning will be in effect for parts of Fergus, Phillips, Valley, Petroleum, and Garfield County on Tuesday.

On Wednesday the strongest winds shift westward again, with the western half of the area once again going under a High Wind Watch.

In some good news, the strong winds will keep temperatures mild.

High temperatures will be in the 40s and 50s Tuesday.