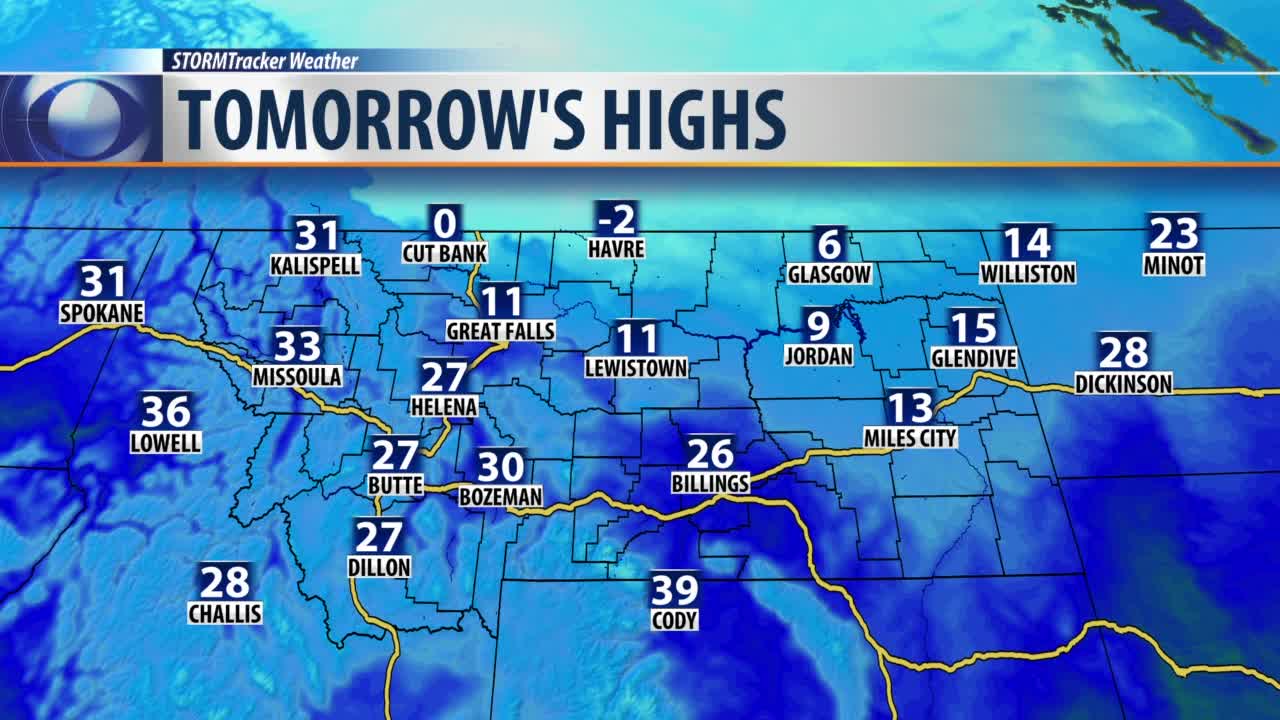 With a few exceptions, like Helena and Lewistown, Thursday's temperatures have been much colder than previously forecast.

The arctic front that was expected to lift northward through the day has stalled, and temperatures north of the front have been mostly in the single digits, with some spots below zero.

More cold air is expected to spill south through the night, and bitterly cold temperatures are expected once again by Friday morning.

Helena will likely stay above zero, but single digits and teens below zero are expected elsewhere, with wind chills bottoming out between -20 and - 40.

The cold air is expected to start to lift away Friday afternoon, and if it does, we'll likely see temperatures that are above zero for most of the area.

It is possible that like today, the cold air remains stubborn to clear out, resulting in colder than projected temperatures.

Snow will move from west to east starting before sunrise, and clear out by Friday evening.

The snow looks to be light, with less than an inch of accumulation expected, with up to three inches in the mountains.