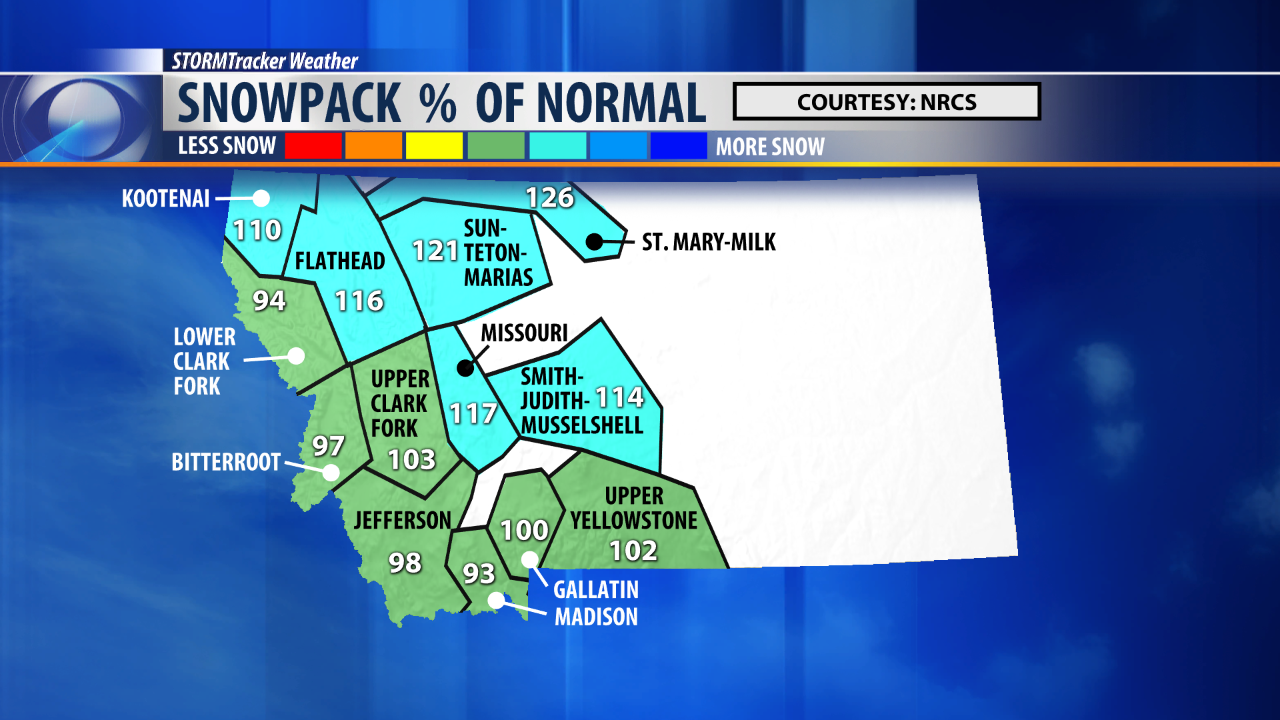 Our winter got off to a very snowy start, but the snow has slowed down since November, and with the exception of last week, our weather has been fairly mild.

Despite all this, we still have a healthy mountain snowpack so far for the winter.

All of our measurable basins are running near to slightly above normal.

The lowest basin, which feeds into the Madison river, is running at 93 percent of normal.

The highest basin, which feeds into the St. Mary and Milk rivers, is running at 126 percent of normal.

On top of the existing healthy snowpack, we're likely to add on a little more snow in the next few days.

Pacific moisture streaming over the mountains will bring some moderate to heavy snow heavy snow along and west of the divide Wednesday night into Thursday night.

Around to 3 to 5 inches of snow is expected around Marias Pass, with the higher peaks in the Big Belts and Little Belts receiving around 3 to 5 inches as well.

No accumulating snow is expected at elevations below 5,000 feet.

In fact, mild weather is set to continue at lower elevations.

Highs on Thursday will be in the 40s, with cooler highs in the 30s in Northeast Montana.

Skies will be mostly cloudy, with slightly breezy winds, gusting as high as 30 miles per hour.