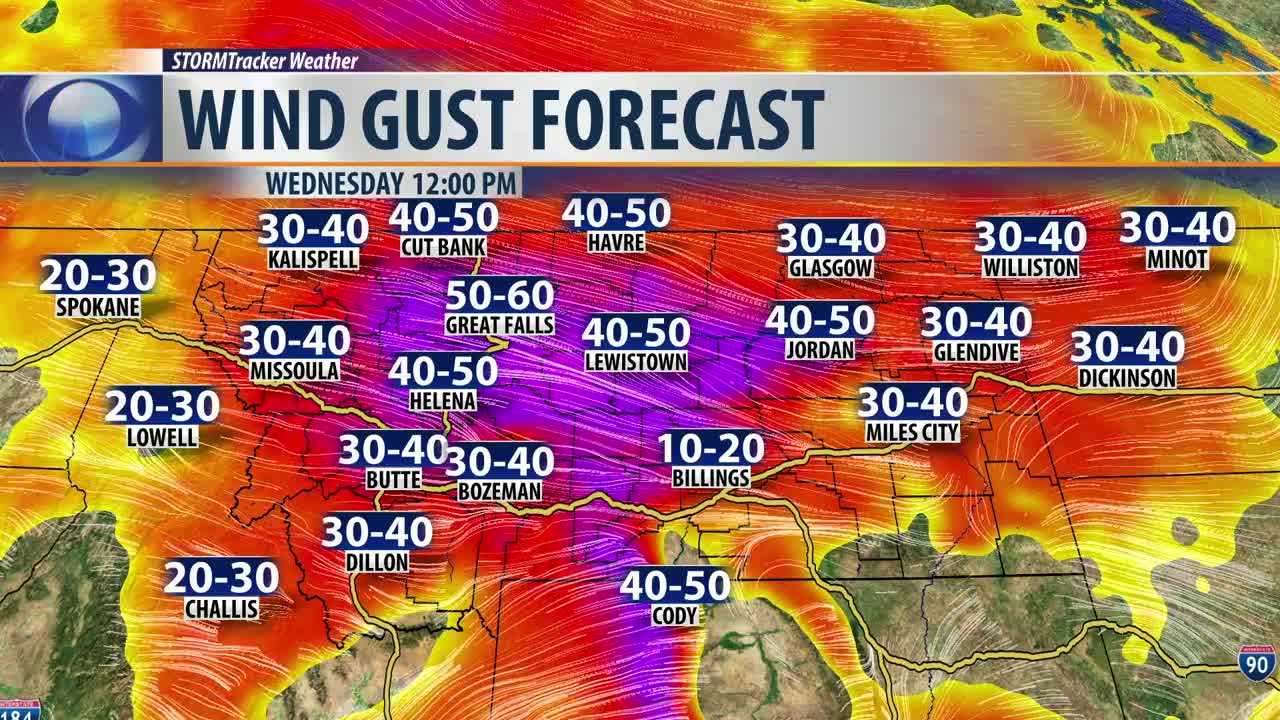 Winds have been very strong Tuesday.

Widespread gusts around 50 miles per hour have been reported across North Central Montana.

Fortunately, our winds will start to die down in the early evening.

That break in the winds won't last long, as breezy conditions are expected by Wednesday morning, with the potential for even stronger winds in the afternoon.

Peak gusts will be up to 70 miles per hour, and even stronger along the Rocky Mountain Front.

A High Wind Warning remains in effect through Wednesday afternoon for most of the area.

Despite the strong winds, our temperatures will actually be slightly cooler Wednesday, as a weak cold front drags across the state.

Still, highs will be above average in the mid 40s to around 50 degrees.

A few spotty showers will be possible as the front passes through the area.

Accumulating snow is expected along the Northern Divide Tuesday night into early Wednesday.