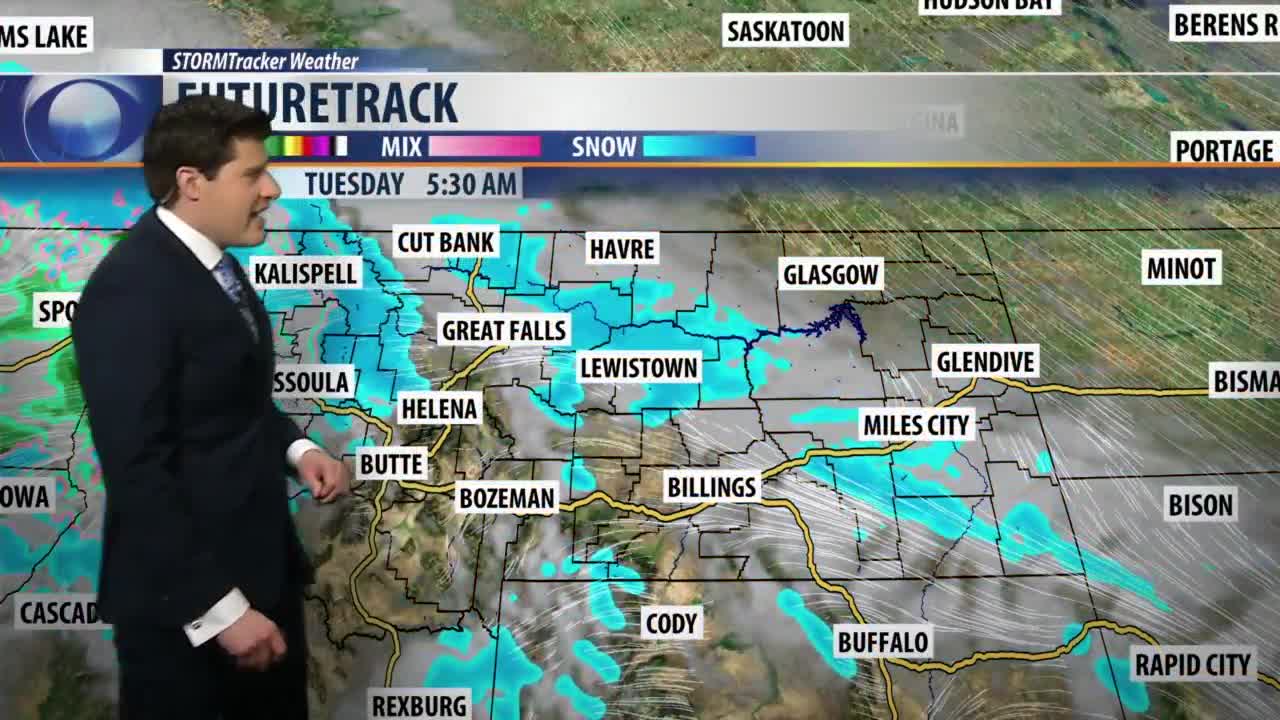 Although not nearly as windy as this past weekend, breezy conditions will take us into the work week.

A significant amount of Pacific moisture is also making its way toward Montana.

This system will bring a round of heavy snow to portions of Western and Northwestern Montana.

Both Logan and Marias Pass will likely see well over a foot of new snow.

A few flurries are expected to make their way into the plains through Wednesday.

Overall accumulations are expected to stay under three inches for Central Montana.

Temperatures are on track to fall off the charts on Thursday as a large arctic air mass tracks into the state.

Daytime highs are expected to remain below freezing through the weekend.