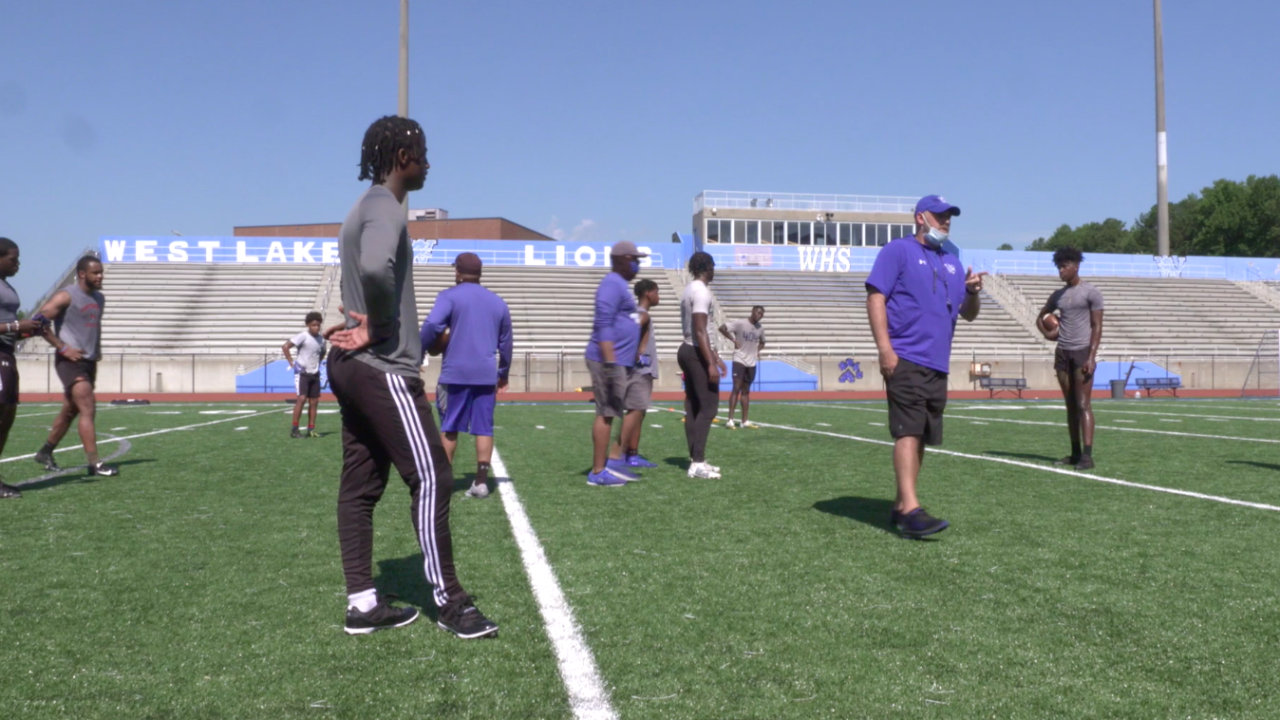 In the South, football is king. Which makes Westlake High School, home of multiple championships and the alma mater of a former NFL MVP, royalty.

Now, this powerhouse program in the Atlanta area is facing an invisible opponent: COVID-19.

May is following the Georgia High School Association’s ever-changing game plan. Which will hopefully get his team on the field and playing underneath the lights come fall.

“Before they workout, we take their temperatures,” May said of his student athletes. “Right now, we are limited to groups of 20, including coaches.”

Those coaches are required to wear masks and those groups of players are split up by positions -- and won’t interact in the weight room or on the field.

“At least the quarterbacks and receivers can be together,” said Lions receiver Leo Blackburn. Blackburn has earned a scholarship to play football at nearby Georgia Institute of Technology next year.

Before playing on Saturday afternoons, however, he wants to end his high school career with the guys he grew up with on Friday nights.

“This football program is like a family,” he said. “It’s more than just football.”

Millions of high school students play football across the country. Each state has its own set of guidelines when it comes to playing and practicing during this pandemic.

Blackburn’s mother is a nurse fighting COVID-19 on the frontlines. So, he knows all about coronavirus concerns while watching from sidelines.

“She has to take risks and then come home to her family just to make money,” he said. “Just wear your mask so we can put our helmets on.”

That decision isn’t up to staff or students. At anytime, any state could call an audible and decide to keep fans out of the stands or even end the season.

“We just hoping we have a season, period,” Blackburn said. “We really don’t care about fans, we’re just trying to bring this state championship home.”

While playing in an empty stadium doesn’t bother Blackburn, a canceled season could cost communities something much more than just a game.

“Without football in the South,” May said. “I think we would be in a world of hurt.”