Bubba Wallace responds to Trump: 'Even when it's hate from POTUS, love wins' 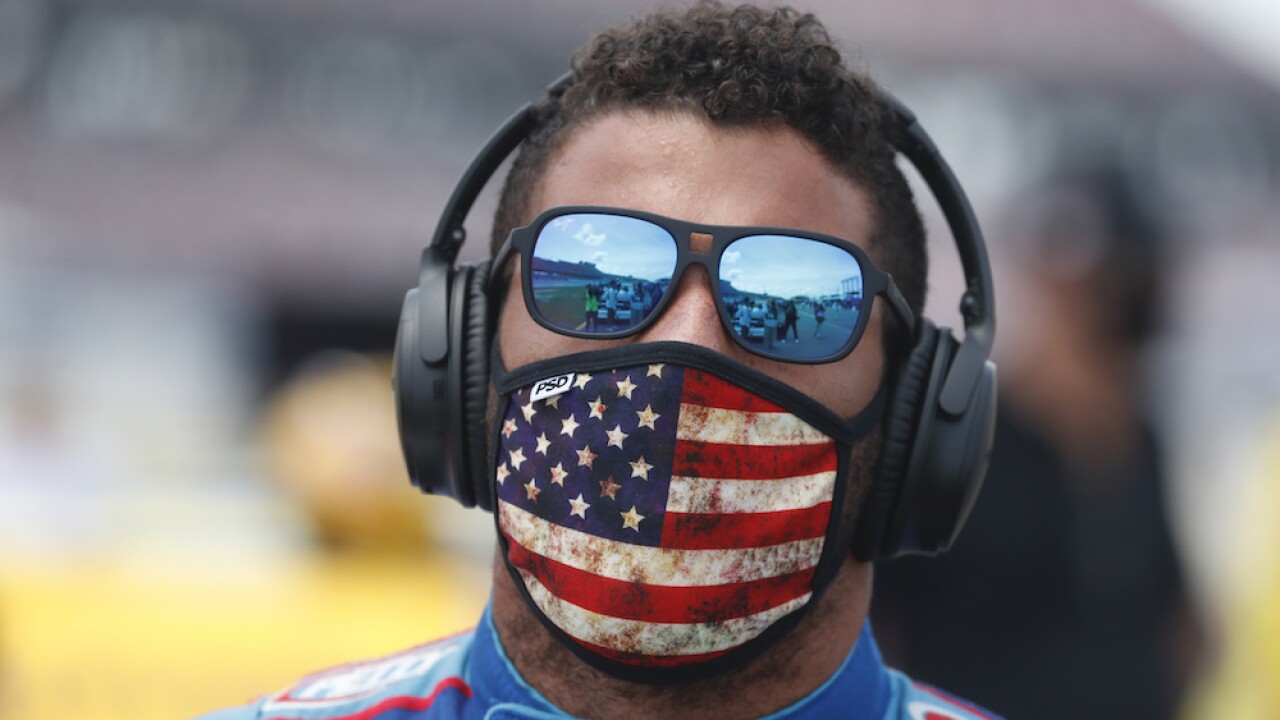 Copyright 2019 The Associated Press. All rights reserved
John Bazemore/AP
Driver Bubba Wallace walks to his car in the pits of the Talladega Superspeedway prior to the start of the NASCAR Cup Series auto race at the Talladega Superspeedway in Talladega Ala., Monday June 22, 2020. In an extraordinary act of solidarity with NASCAR’s only Black driver, dozens of drivers pushed the car belonging to Bubba Wallace to the front of the field before Monday’s race as FBI agents nearby tried to find out who left a noose in his garage stall over the weekend. (AP Photo/John Bazemore)

"Always deal with the hate being thrown at you with LOVE! Love over hate every day. Love should come naturally as people are TAUGHT to hate. Even when it's hate from POTUS...love wins," Wallace said in part in a statement on his social media channels Tuesday morning.

Wallace's statement comes a day after Trump falsely tweeted that NASCAR's only Black driver perpetrated a hoax when a noose was found in his team's garage. In his tweet, Trump also claimed that the circuit's decision to ban the Confederate flag from events resulted in low television ratings.

To the next generation and little ones following my foot steps..#LoveWins pic.twitter.com/tVaV3pkdLe

Last month, the FBI conducted an investigation after a member of Wallace's crew found what appeared to be a noose hanging in the team's garage at Talladega Superspeedway prior to the Geico 500. The crew member informed NASCAR, and NASCAR President Steve Phelps later told Wallace about the noose. Wallace said he had not been in the garage since the circuit delayed racing due to the COVID-19 pandemic.

Has @BubbaWallace apologized to all of those great NASCAR drivers & officials who came to his aid, stood by his side, & were willing to sacrifice everything for him, only to find out that the whole thing was just another HOAX? That & Flag decision has caused lowest ratings EVER!

Two days after the incident was first reported, the FBI determined that the noose was a garage door pull-down rope and that the rope had been fashioned that way since 2019.

NASCAR later said officials checked garages at every track on the circuit and that out of more than 1,000 garages, Wallace's Talladega garage the only pull-down rope that had been tied into a noose.

Wallace has spoken out in favor of the Black Lives Matter movement as protests take place across the country following the death of George Floyd. He's worn a shirt that read "I Can't Breathe" during the national anthem and also driven a car with a Black Lives Matter paint scheme during a race.