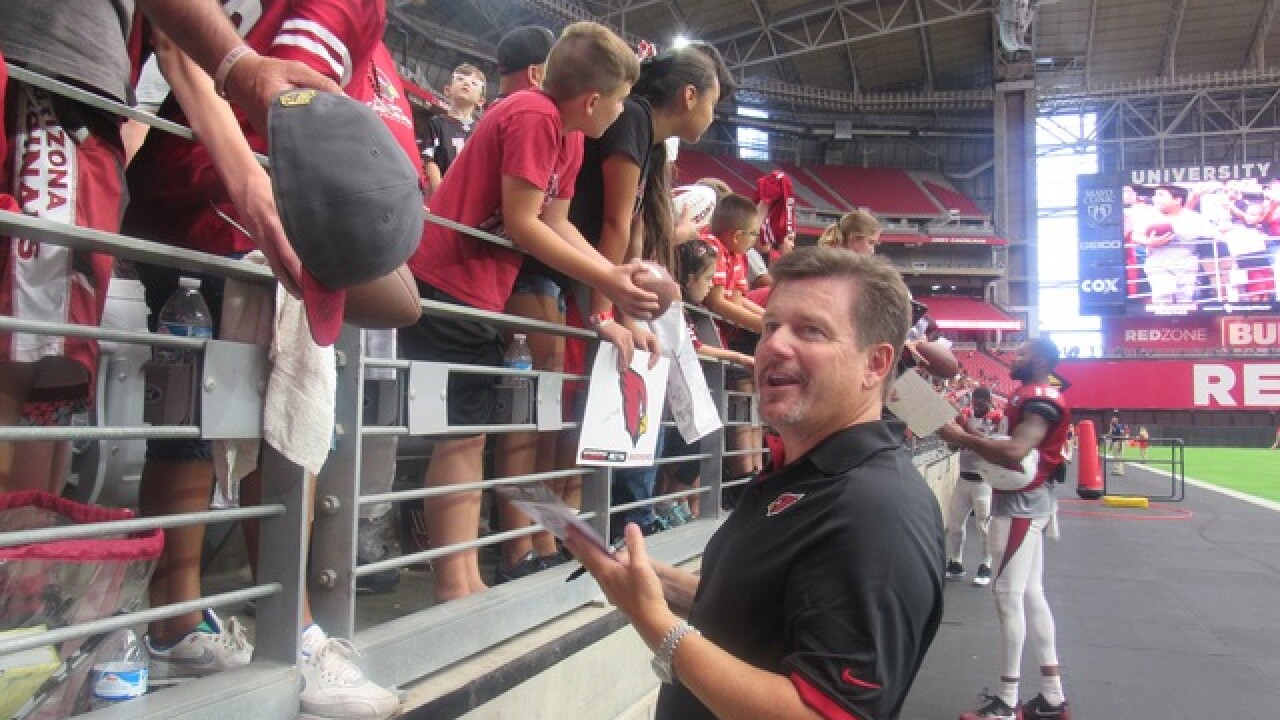 PHOENIX — The Arizona Cardinals announced Friday that team owner Michael Bidwill has been hospitalized after contracting the coronavirus.

According to the team, Bidwill, 55, had been traveling on the east coast for several weeks, where they believe he contracted the virus.

After experiencing symptoms, Bidwill went for a test, which came back positive for COVID-19. Bidwill’s doctor then recommended that he admit himself to the hospital.

According to the team, “his symptoms have subsided and Bidwill is expected to be released sometime this weekend.”

Bidwill reportedly hasn’t had any in-person contact with coaches, players or football staff.

This story was originally published by Clayton Klapper on KNXV in Phoenix.