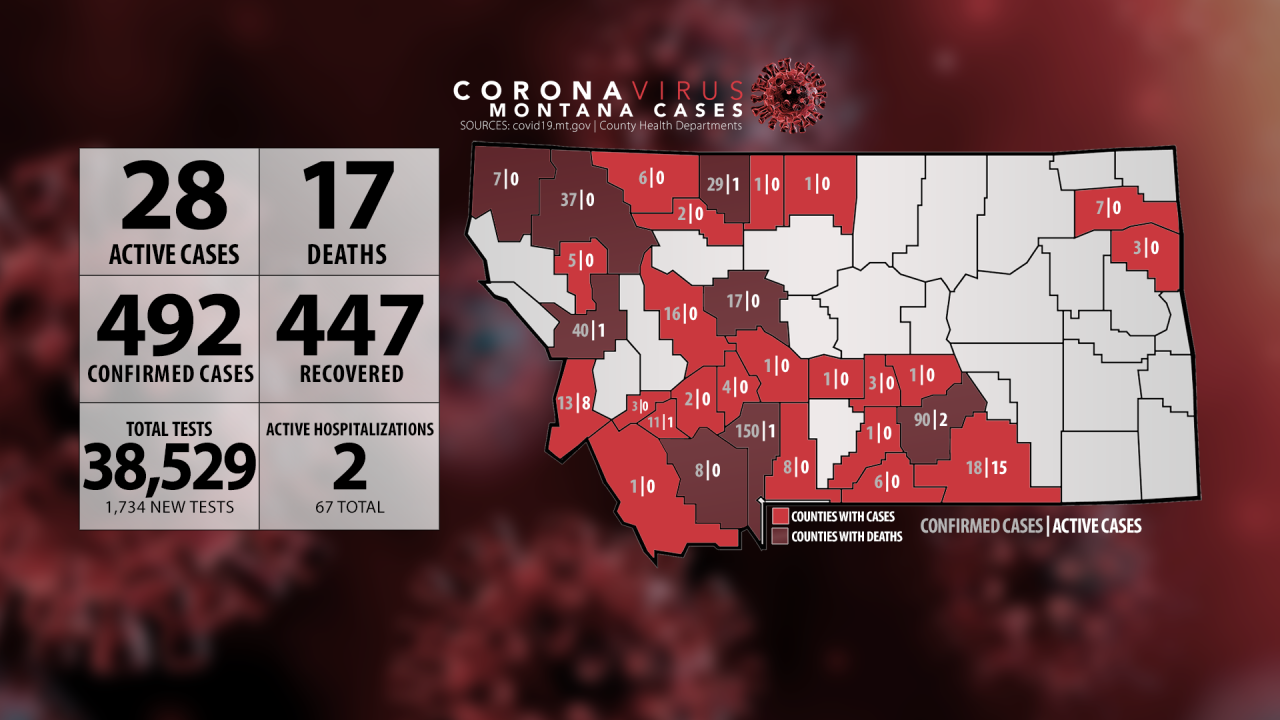 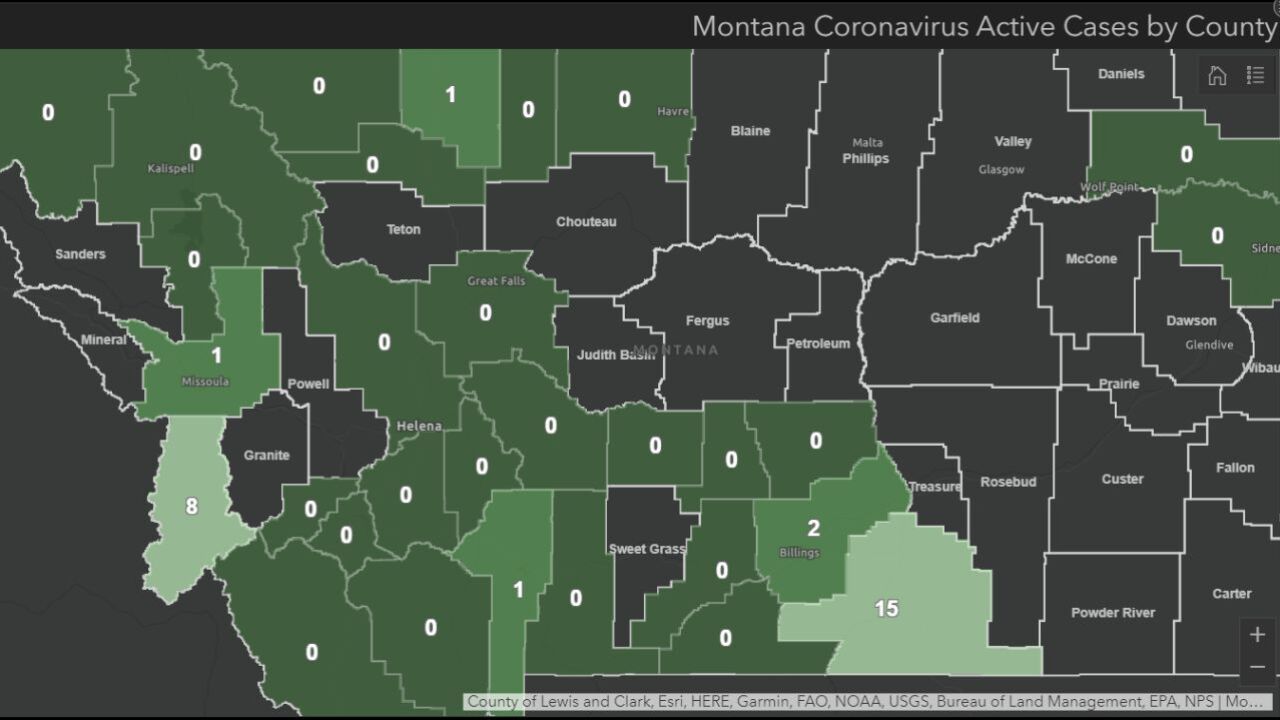 Eight new COVID-19 cases were reported in Montana on Friday, according to the Montana Response COVID-19 tracking map .

Six of the new cases are in Big Horn County, and one new case each in Gallatin County and Missoula County.

The number of cumulative recoveries increased by three to 448 over the latest 24-hour reporting period.

The state also added a new hospitalization bringing the total to two people currently receiving care in a medical facility.

The total number of tests statewide increased by 1,734 to reach a total of 38,529. The state death toll from the virus remains at 17.

NOTE: MTN is reporting one fewer total cases and one fewer recovered cases due to a case in Jefferson County that public health authorities report involved a patient who was not in the state.

The other eight active cases are in Ravalli County, which were announced several days ago . The eight cases are employees of the Stock Farm Club, a private resort near Hamilton. Stock Farm Club CEO Steve Buck told MTN News the cases came to light when one employee of the housing and golf development wasn't feeling well last week. Buck says the Club contacted the Ravalli County Health Department for guidance and that resulted in tests which confirmed the first case, and found the additional cases that were reported at the beginning of last week.

The spike in Ravalli County prompted some national news outlets to report on Tuesday that Montana had experienced a 450% increase in COVID-19 cases - which, while mathematically accurate, was very misleading due to the extremely small number of cases in Montana.

Governor Steve Bullock announced two weeks ago that the state will move to phase two of the "Reopening The Big Sky" plan on Monday, June 1st. Bullock noted that Montana continues to have the lowest number of positive COVID-19 cases and hospitalizations per capita in the nation.

Bullock outlined the following indicators which prompted him - in consultation with public health officials and disaster response personnel - to move into Phase Two beginning on June 1:

Here are some of the highlights of phase two: