Advocates push for airlines to provide refunds for canceled flights 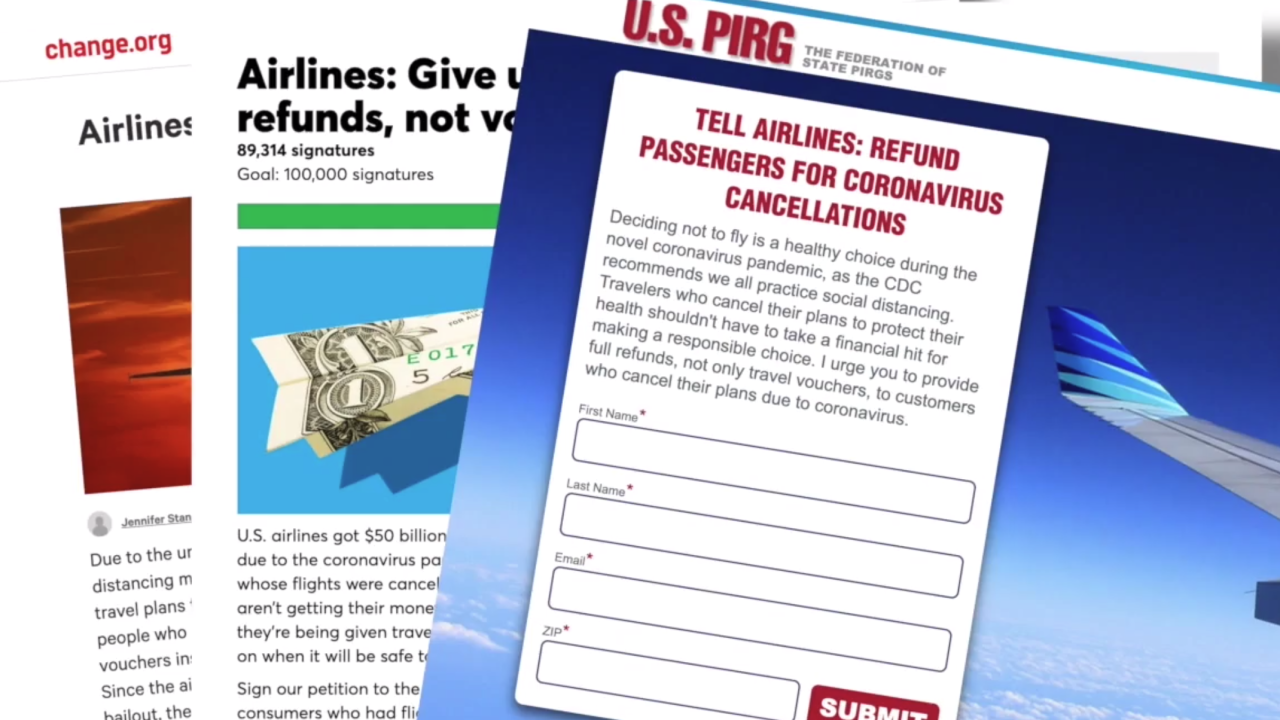 As America continues to rebound, the calls for airlines to do what's right and issue cash refunds for canceled flights are intensifying.

These advocacy groups have been hearing from thousands of Americans who can't get their money back.

“The airlines are arguing that one, they don’t have to, and two, they themselves are low on cash,” said Anna Laitin, Director of Financial Fairness at Consumer Reports. “They got $50 billion from the federal government, but no one’s flying right now. They have no money coming in. We can see their argument but at the same time, people's hard-earned money that they need should not be the thing that's holding up the airlines right now.”

The Department of Transportation put out new guidance on airline ticket refunds after being flooded with complaints – more than 25,000 in a matter of months. However, the guidance stopped short of requiring refunds.

“Legally, all they're required to do is focus on those instances where the airline canceled, which makes sense in a normal situation,” said Laitin. “If you choose to change your flight, then you should abide by those rules, but we are in a different time.”

Americans like Paul Miller and his family have more than $1,600 tied up in Delta tickets because they didn't fly to a festival canceled in March. In fact, Miller almost wasn't even able to cancel the flight. He says he couldn't get through to customer service and got one phone call back at 4 a.m. over a period of two weeks.

“So, I actually went down to the Salt Lake City airport and talked to the ticketing agent and she was able to cancel our flights,” said Miller.

Miller pointed out he had no problem getting cash refunds for his rental car and hotel that he booked for the same trip.