Adult Softball: a family affair that could use rejuvenation 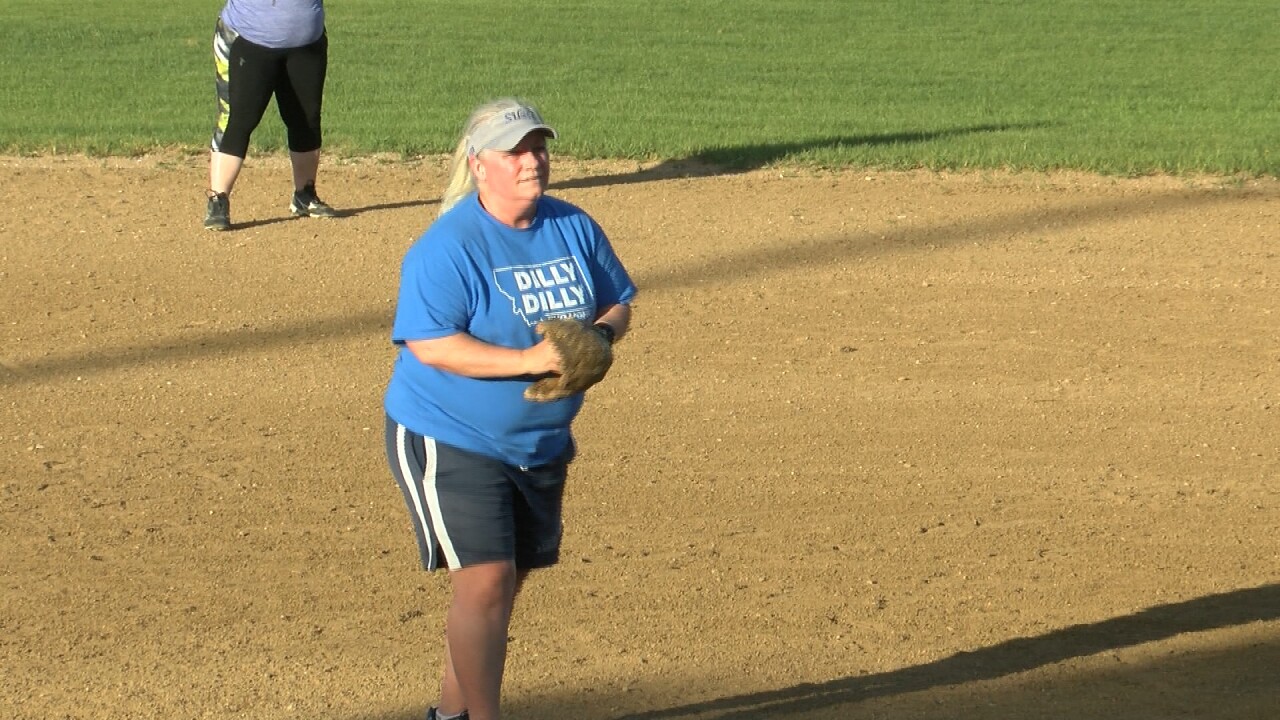 Adult Softball: a family affair that could use rejuvenation (Credit: MTN NEWS)

HELENA -- Adult slow-pitch softball can be competitive, but in most cases it is not. Nelma Mosier has been playing slow-pitch softball for 47 years and said the reason she keeps coming back is that light sense of competition melded with the camaraderie that comes with sports.

"It's just in my blood," said Mosier. "I just love the people, I love being at the fields at night, I love the fact that you know, the camaraderie."

For Mosier, slow-pitch softball is also a family affair. She plays among many family member, namely her daughter and granddaughter Shana and Makenna Bushilla. For Shana, the sentiment is similar, she loves the game and the people.

"I think it's a social aspect. You get out be with your friends doing something fun, enjoying the weather, and you're all together," said Shana.

Another added bonus is the family time.

"It is. Especially when you get the young ones that don't want to spend much time," said Shana, as both she and Makenna chuckled.

Though the name of the game is adult softball, players ages range from teenagers to retirees, but Howard Reed, a 28-year veteran of the game said he wishes there was a bit more new blood around the diamonds.

"It's fun to see them come up, and see how good a ballplayers they they can be, because there is a transition to slow pitch," said Reed in regards to former baseball players. "It's really cool to see."

Though the league was able to get a season off the ground, there were a few COVID-19 related changes like a later starting date and fewer games, but from Mosier's perspective, it doesn't seem to play too much of a role.

"A lot of High-Fake-Fives or bumps or whatever, but the camaraderie and the sportsmanship is there. Everybody wants to be out," said Mosier