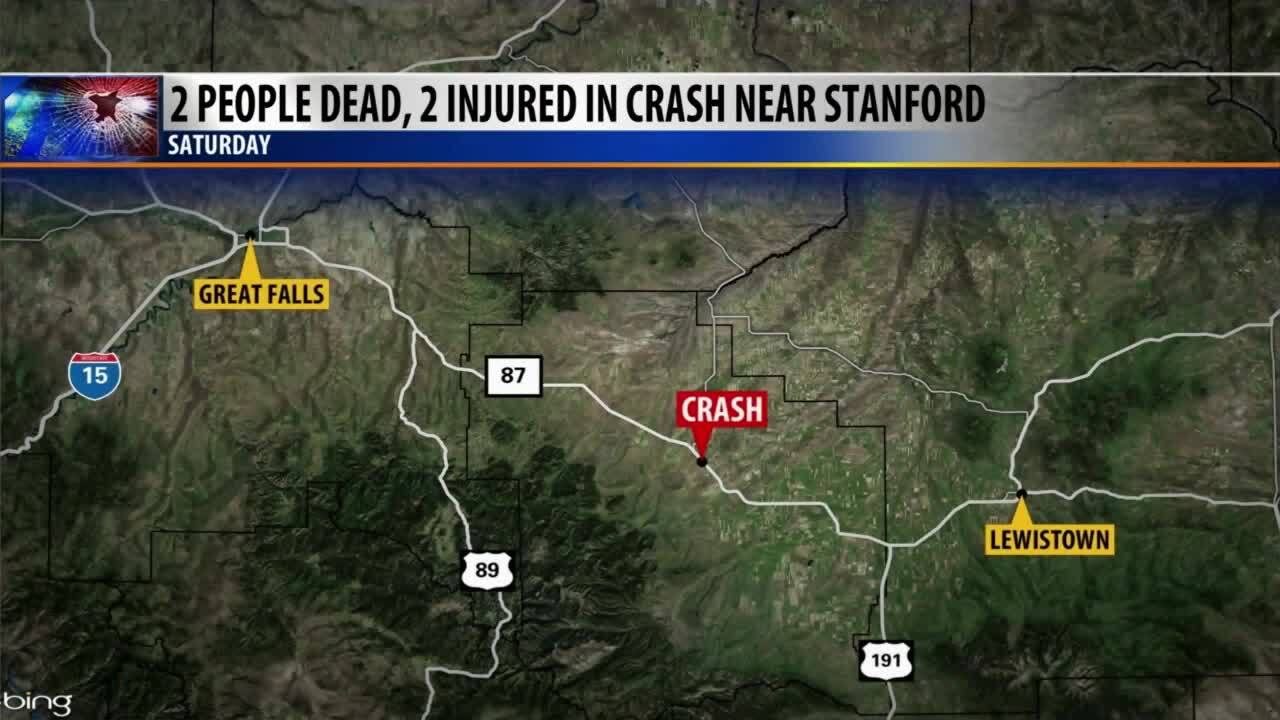 Two women died in a crash in Judith Basin County on Saturday, and two men were injured.

The Montana Highway Patrol was notified of the one-vehicle crash at about 7:30 p.m. It happened near mile marker 39 of US Highway 87,

The MHP says the vehicle was heading west coming down the hill toward the town of Stanford, and ran off the road and into a ditch, causing it to roll.

None of the occupants were wearing seatbelts, and all four were thrown from the vehicle, according to the MHP.

One woman died at the scene. The other three occupants - two men and one woman - were taken to Benefis Health System in Great Falls, where the second woman was pronounced dead from her injuries.

The names of the two women who died have not yet been released. Their ages, according to the MHP, were 24 and 26 years old.

The MHP is continuing to investigate to determine the cause of the crash.