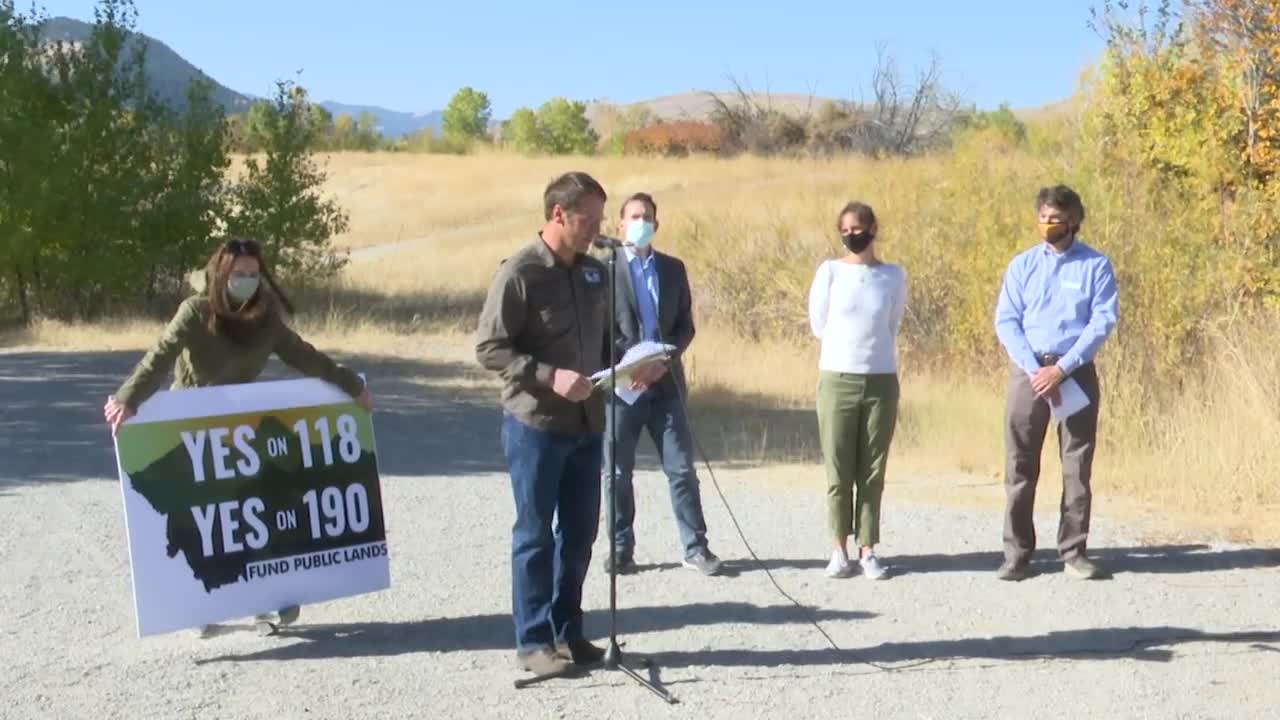 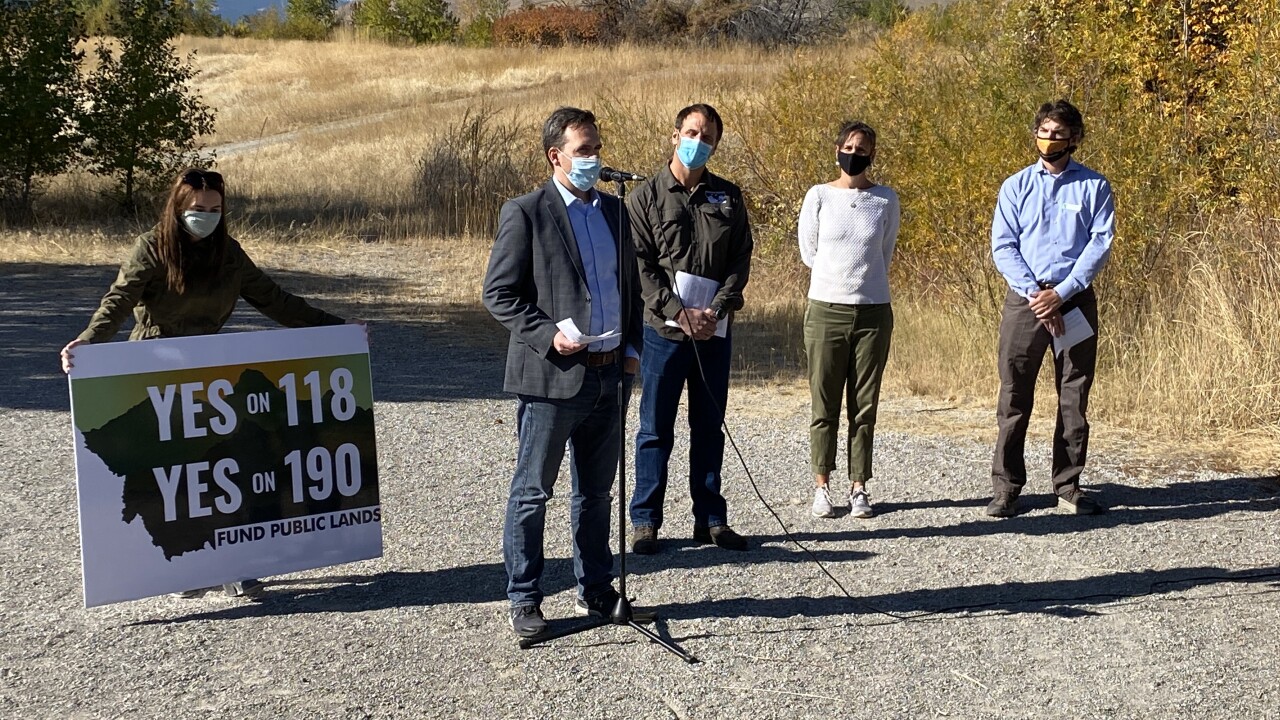 With ballots set to go out to many Montana voters this week, the campaign over marijuana legalization in the state is continuing to heat up.

On Monday, several conservation organizations gathered at Helena’s Spring Meadow Lake State Park, where they threw their support behind two ballot initiatives that would create a recreational marijuana system in the state. They pointed to the revenue the proposal could raise for public lands.

“Funding our public lands, owned by the state of Montana – places like this, these are the treasures of the Treasure State,” said Aaron Murphy, executive director of Montana Conservation Voters. “These votes are votes for those public lands.”

Representatives from MCV, the Montana Wildlife Federation, Wild Montana Action Fund and the Trust for Public Land have formed a coalition to back Initiative 190 and Constitutional Initiative 118.

I-190 would set up the framework for a recreational marijuana system in Montana, including a 20% tax on sales. CI-118 would amend the Montana Constitution to let the state prohibit marijuana sales to people younger than 21.

The measures would set aside nearly half of the marijuana tax revenue for public lands programs. About 37% would be used for the Habitat Montana program, which uses state funding to help secure wildlife habitat. About 4% each would be directed to other wildlife programs, to state parks and to trails and recreational facilities.

Overall, a fiscal analysis by the Governor’s Office of Budget and Program Planning estimates that, by 2025, I-190 could provide up to $19 million a year in revenue for Montana Fish, Wildlife and Parks.

Conservation advocates said this new funding would be a way to address maintenance backlogs and provide leverage for large public lands projects. They say it could be especially important at a time when the state is likely to face budget challenges due to COVID-19.

Murphy said the country is moving towards a more accepting view of marijuana, and he believes legalization will occur eventually.

“We see this as an opportunity that’s coming our way no matter what, so we’d rather get ahead of it and make sure that our public lands get the funding from that that they deserve,” he said.

Leaders for Wrong for Montana, a committee opposing I-190 and CI-118, say they believe there would be negative impacts to making marijuana more available in the state, and that the extra revenue wouldn’t justify those.

“I don’t see why we want to get an extra $25 million in our state coffers by addicting 110,000 Montanans to marijuana,” said Steve Zabawa, the group’s treasurer. “That sounds crazy to me.”

Zabawa said, in addition to concerns about the health and economic effects of increased marijuana use, he questions what impact large-scale marijuana cultivation would have on the environment.

Both New Approach Montana – the committee behind the legalization initiatives – and Wrong for Montana filed updated financial documents with the Montana Commissioner of Political Practices’ Office last week.

New Approach Montana raised another $1.8 million from Aug. 26 to Sept. 25, bringing their total collected to nearly $7 million. Much of that came from a national group called the North Fund, which has given $4.8 million to the effort. The national New Approach PAC has also contributed $1.9 million.

The committee has spent more than $2 million reserving TV advertising time for the month of October, and another $350,000 on digital ads.

Wrong for Montana filed finance documents for its first month of operations. It brought in just over $78,000, including contributions from the Montana Contractors Association and Montana Family Foundation and a loan from Zabawa. They have spent much of their money on billboards in cities around the state, and on digital advertising.

Ballots will be mailed out to voters in most Montana counties on Friday.