Wind-powered buses could be coming to a city near you

In a first for the U.S., wind-powered buses hit the road in Portland, Oregon. 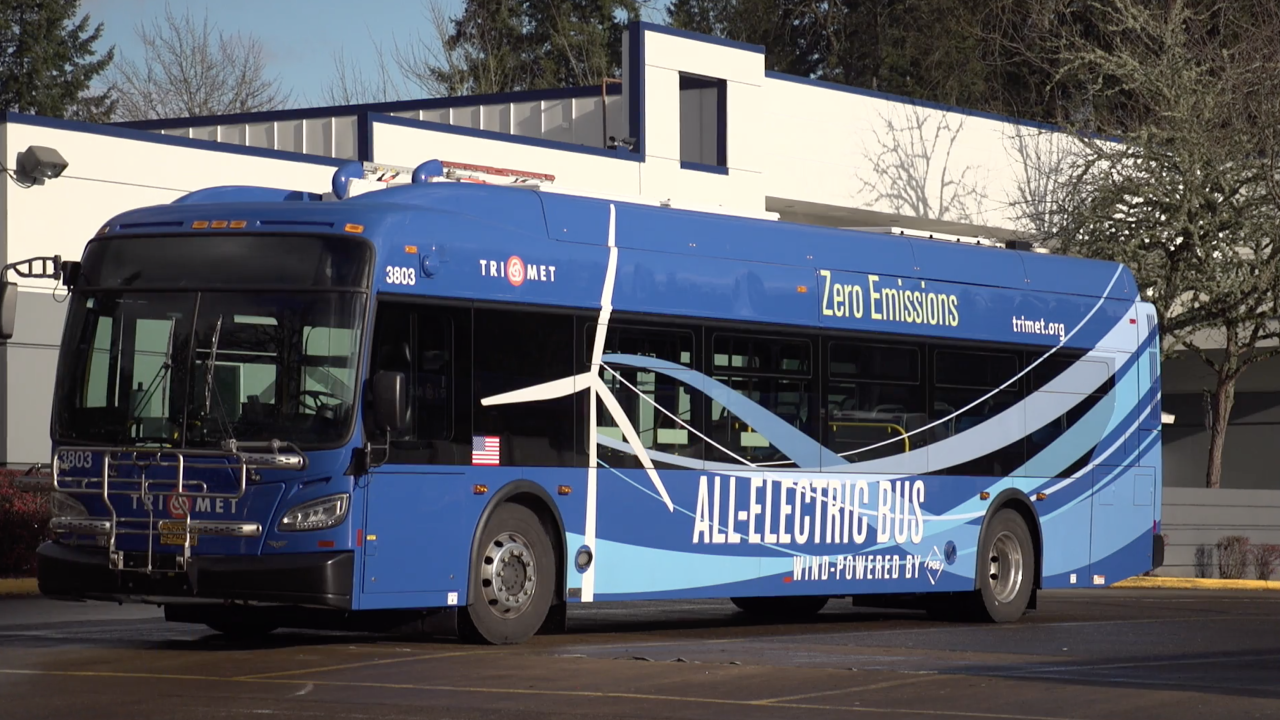 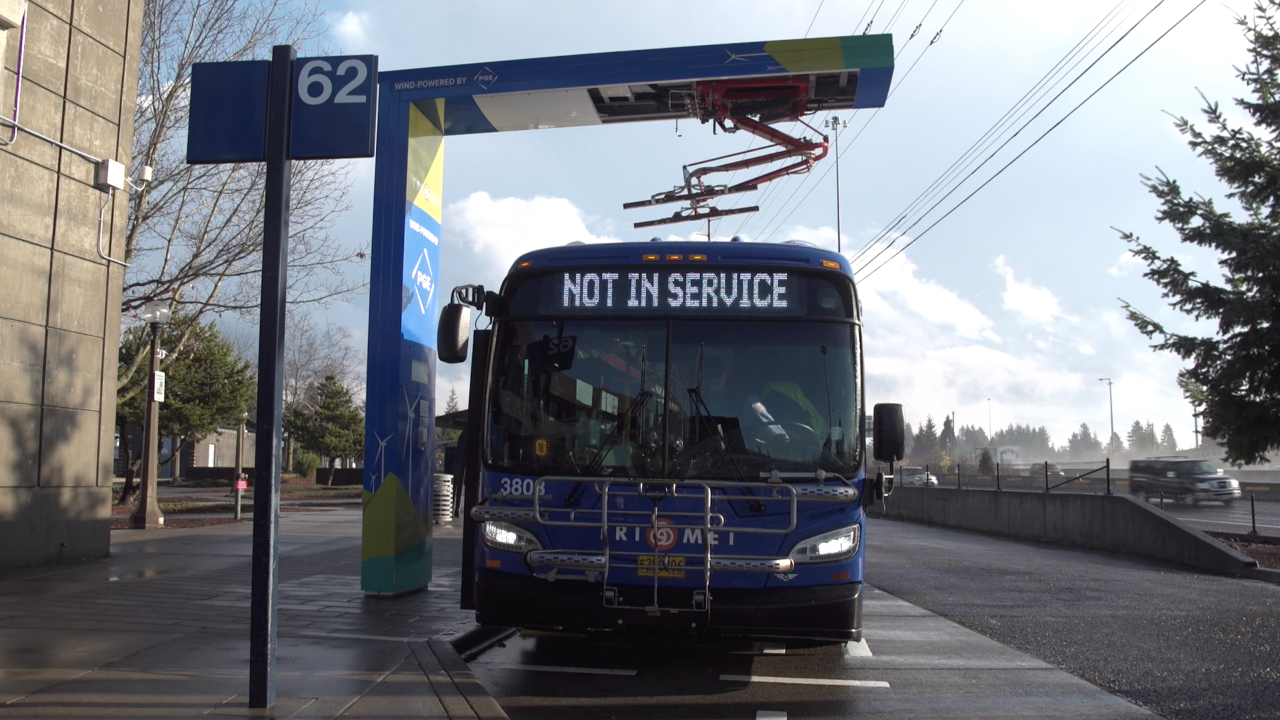 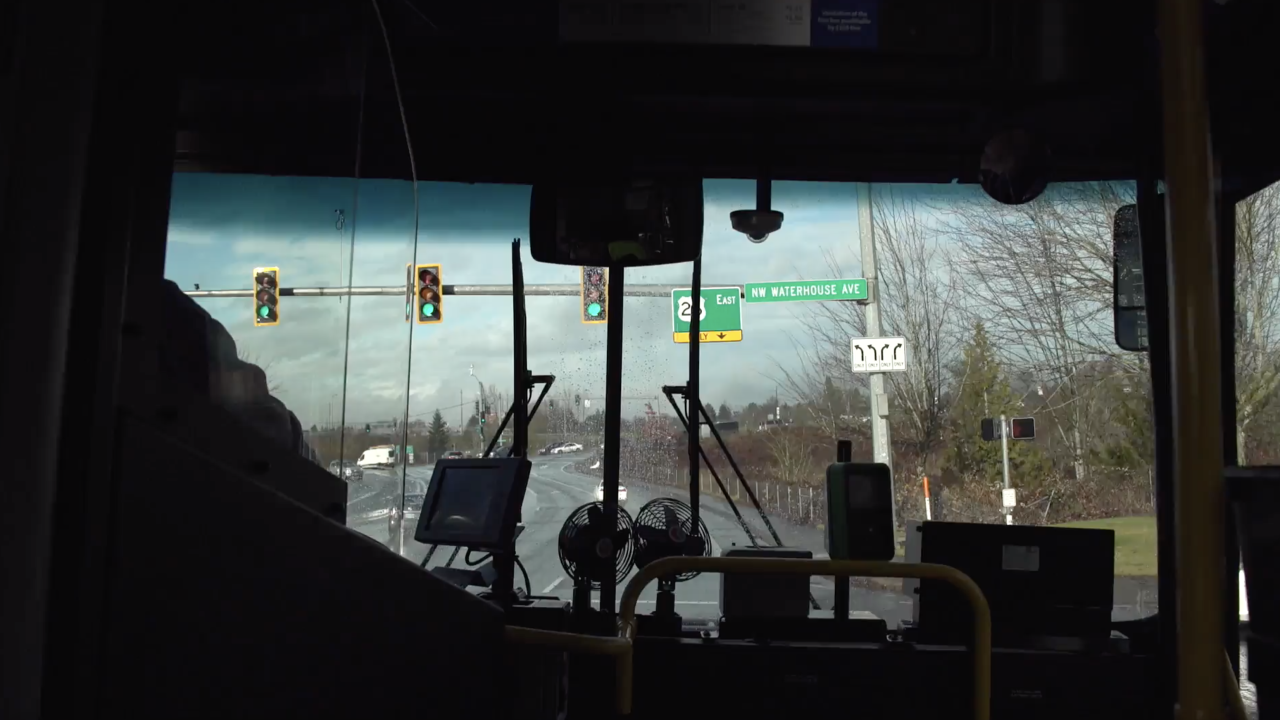 PORTLAND, Ore. — It looks like a typical city bus, but it’s the quiet that tells you there’s something different about this one.

“It's a very smooth and peaceful bus commute,” said Young Park, project manager for TriMet, Portland, Oregon’s public transportation agency. “There's no rumbling of the engine in the back.”

This is bus 962, running its 26-mile route through Portland. It’s a first in the country because what’s fueling this bus is the power of the wind.

How does it work?

The bus is electric, but its charging stations are powered by wind turbines provided by Portland General Electric.

“We guarantee that the energy consumed by this bus, over the course of a year, is generated by wind resources in the Pacific Northwest,” said Portland General Electric’s Joe Colett.

The entire effort centers on reducing pollution and greenhouse gases that contribute to climate change.

“Greenhouse gas emissions from the transportation sector here in Oregon are 40 percent of the state's total emissions,” Colett said.

That is why transportation officials there want to change all 700 buses to run like the wind. Right now, Portland has five wind-powered buses. They are from different companies and officials are running them on a variety of routes to test them.

“What we decided to do was to convert our entire fleet to zero emissions and we wanted to do that no later than 2040,” said TriMet CEO Sam Desue.

However, the buses aren’t cheap. Each one costs $1 million — double the cost of a diesel bus.

Officials say those costs are offset though because the wind-powered buses are three times more efficient per mile than diesel and there are fewer maintenance costs involved.

It’s a model they expect will one day reach beyond Portland.

“I think it could be applied to other cities throughout the United States,” Desue said.

That means there could be a potential for a wind-powered bus to blow through a city near you.