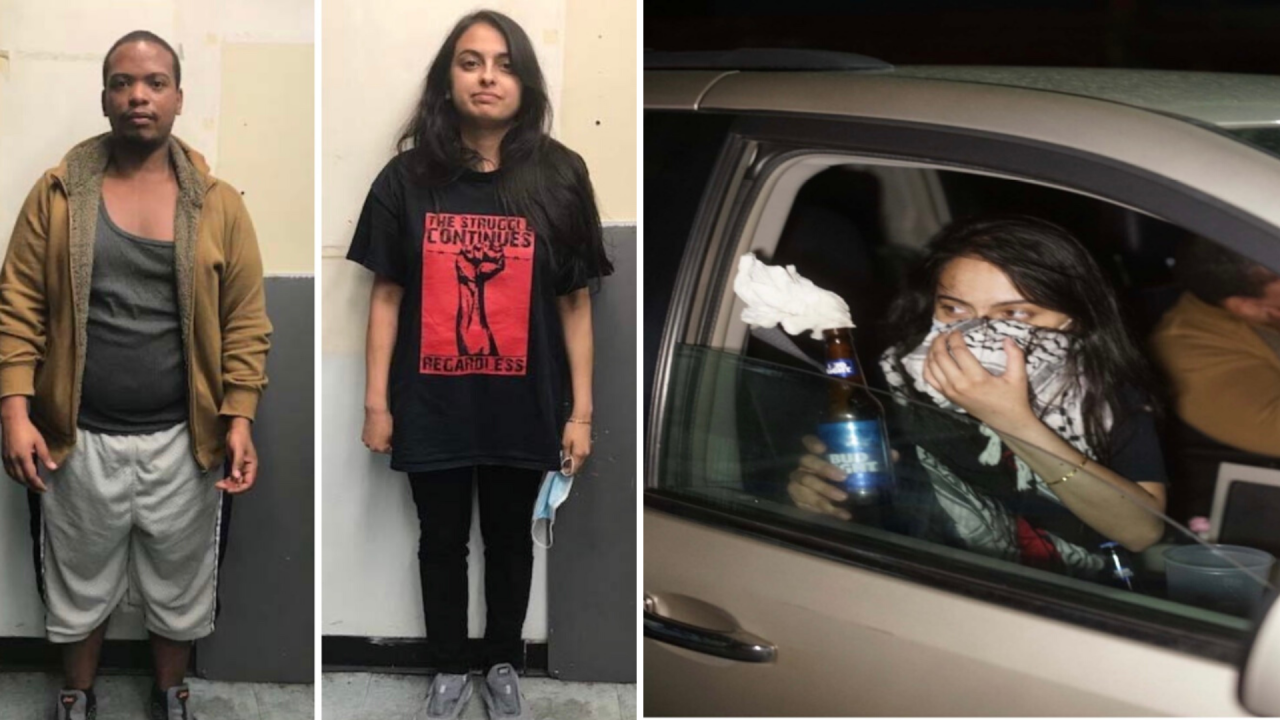 A federal judge in Brooklyn agreed Monday to release two lawyers on $250,000 bond each after they were charged with tossing a Molotov cocktail into an empty NYPD van Friday night outside the 88th Precinct during protests that turned violent.

A prosecutor working in the office of U.S. Attorney Richard Donoghue said of Urooj Rahman, a 31-year-old public interest lawyer, “We don’t believe this is the time to be releasing a bomb thrower into the community.”

After many members of Rahman’s family appeared on a conference call to offer bond support, Judge Steven Gold agreed to release her on home detention, pending a trial.

“What the government alleges is, in effect, a property offense. There was no one inside,” one of Rahman’s defense lawyers had argued before the decision, speaking of the police van.

Rahman lives in south Brooklyn and takes care of her ailing mother.

The defense lawyer said Rahman had represented impoverished, Bronx tenants in the past.

Another defense lawyer, Joe Burke, pointed out the federal lockup—the MDC—had a problem with COVID-19 infections.

“People in federal custody have six times the rate of infection," Burke said.

Mattis was working for a corporate law firm until he was furloughed in April. He lives in East New York, Brooklyn with his sister.

His defense attorney said there was overwhelming support for Mattis from his Princeton buddies.

She said Mattis was President, at one time, of the African American Students Union.

Yet the prosecutor told the court, “Colinford Mattis had not demonstrated himself as a rational person. He risked everything to drive around in a car with Molotov cocktails to throw at police vehicles.”

Investigators said Shader was photographed with an improvised Molotov cocktail in her hand, made from a BudLight bottle, a t-shirt, and an incendiary device.

She’s accused of throwing the device into an occupied NYPD van parked on Eastern Parkway and Washington Avenue Friday night.

The prosecutor said Shader is unemployed with no assets.

He argued for a permanent order of detention, until a trial.

The next hearing is Friday, June 12.

This story was first reported by WPIX's Mary Murphy.