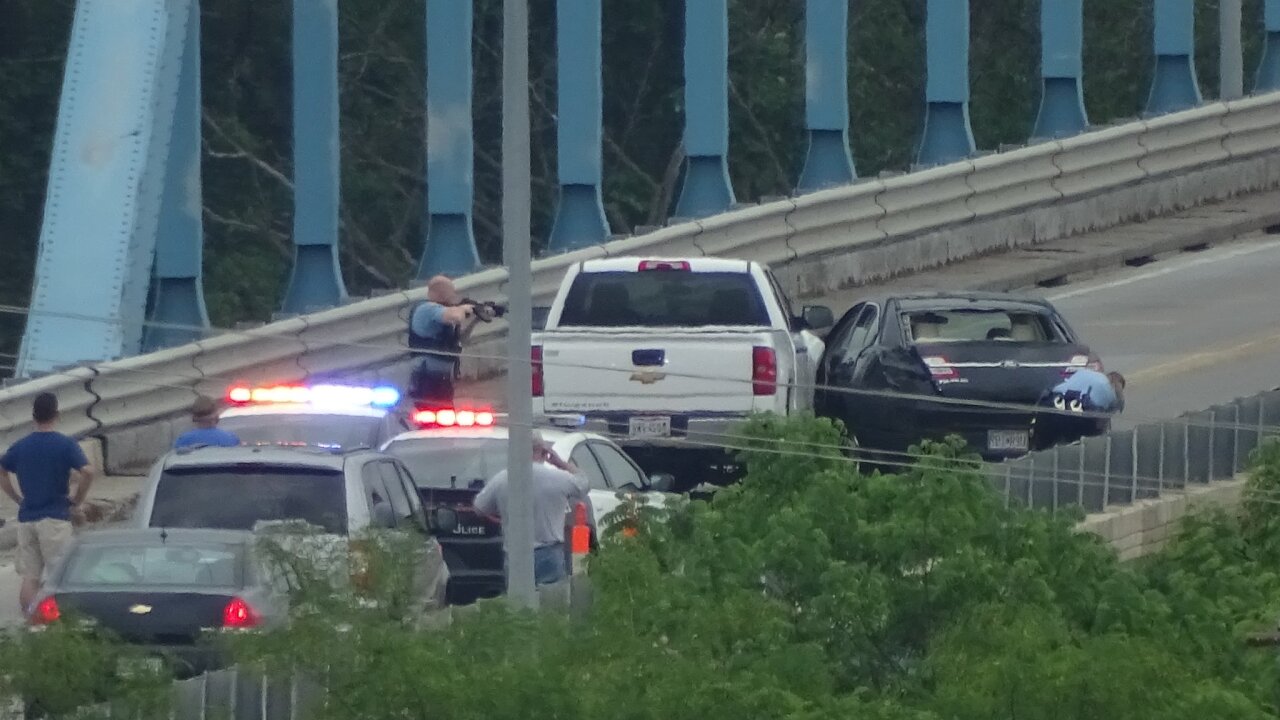 Jaden Caire/Twitter
Two people were injured Wednesday morning, including one who was shot, in a suspected road-rage incident on the Centennial Bridge, which spans the Missouri River. 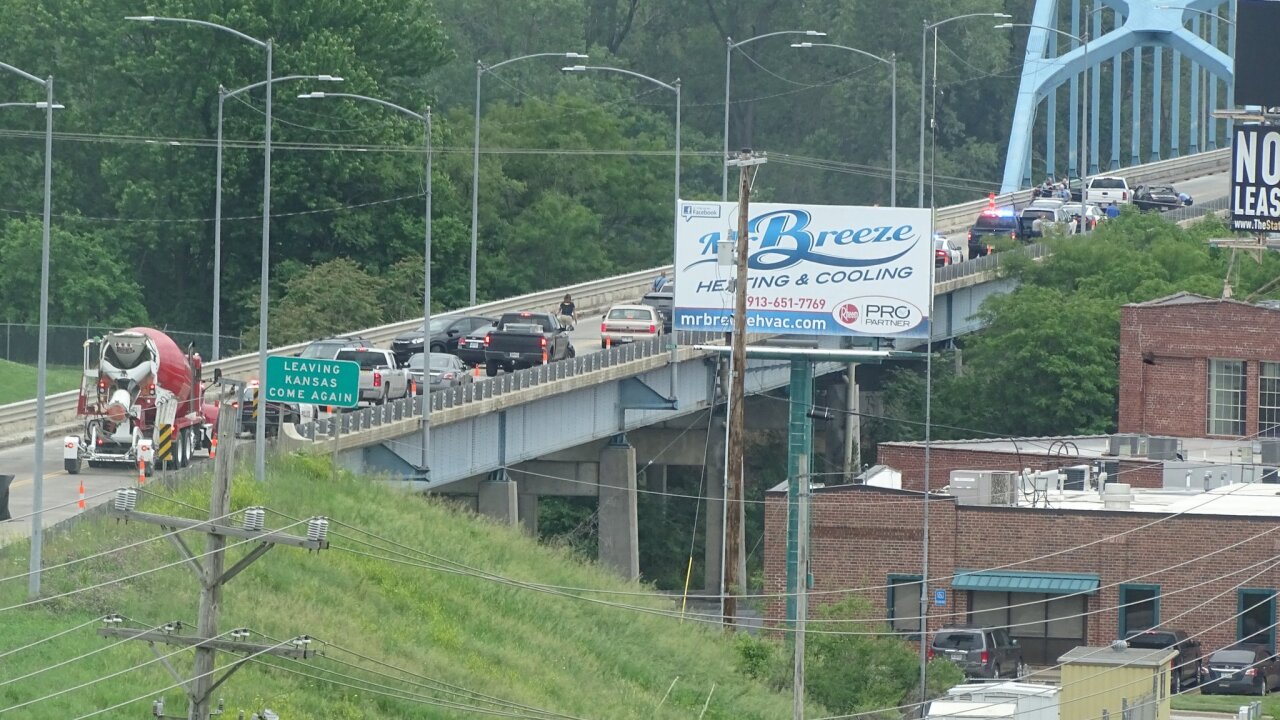 In a news conference, Kitchens said the incident started on the Kansas side of the bridge.

That's when a 34-year-old soldier from nearby Ft. Leavenworth stepped in and "saved the day" by striking the suspect with his vehicle, according to Kitchens.

Kitchens said the suspect, described as a Platte County, Missouri man, was armed with at least a handgun and a semi-automatic rifle and was firing seemingly at random at cars on the bridge after getting out of his car.

The suspect was injured in the crash with the soldier and was taken to an area hospital with non life-threatening injuries.

Another active-duty solider from Fort Leavenworth, was struck by the suspect's fire.

That soldier's injuries were also not life-threatening.

The soldier that stopped the shooter was not injured.

Initially, police responded to the bridge around 11 a.m. on a possible road rage incident.

The shooting incident was contained to the bridge and all parties have been detained.

The Missouri Department of Transportation said the Centennial Bridge, which connects Leavenworth with Platte City, Missouri, has been closed for the investigation.

This story was first reported by KSHB.