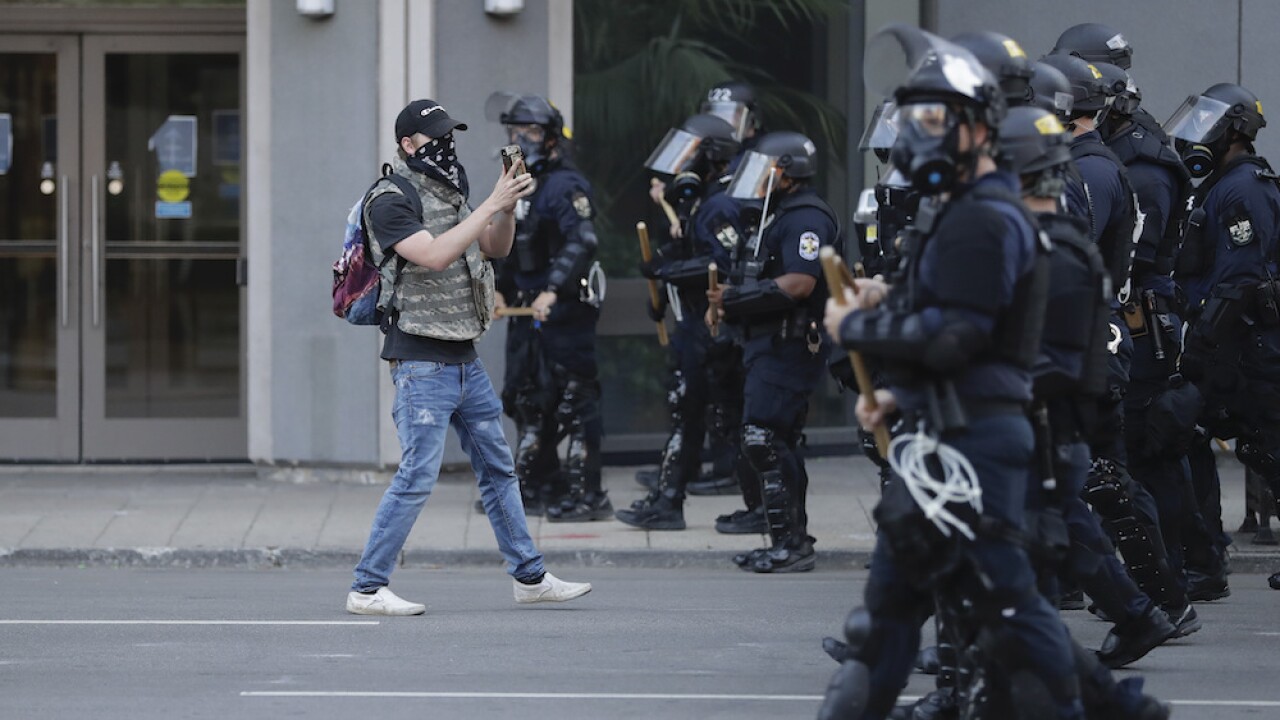 Copyright 2020 The Associated Press. All rights reserved
Darron Cummings/AP
A protester walks with police officers during a protest over the deaths of George Floyd and Breonna Taylor, Saturday, May 30, 2020, in Louisville, Ky. Breonna Taylor, a black woman, was fatally shot by police in her home in March. (AP Photo/Darron Cummings)

Fischer told reporters that the officers involved in Monday’s incident, which took place amid protests throughout the city, had not activated their body-worn cameras. The unidentified victim allegedly shot at police, causing police and National Guard personnel to return fire, Conrad said earlier on Monday.

Monday morning, Kentucky Gov. Andy Beshear ordered that all body-worn camera footage be released immediately so the public could determine whether the shooting was justified.

As most in the country protested the death of George Floyd over the weekend, a black Minnesota man who died in police custody last week, protesters in Louisville also have had the death of Breonna Taylor in mind. Taylor, a 26-year-old EMT, was shot and killed by police when they entered her apartment to serve a "no-knock warrant" on March 13.

Taylor, who was employed as an EMT, was inside of her home when police conducted a “no-knock raid” on her home. Thinking the police officers were intruders, Taylor’s boyfriend, Kenneth Walker, allegedly shot at police.

Thousands of protesters in Louisville have clashed with police in scenes similar to those that played out across the U.S. Calls of “Justice for Breonna” and “Black Lives Matter” could be heard during protests.

Louisville has been under a nightly curfew in response to the protests.

Conrad had previously announced he was planning on resigning before being forced out on Monday.