Biden calls for change in policing, promises to form policing commission if elected 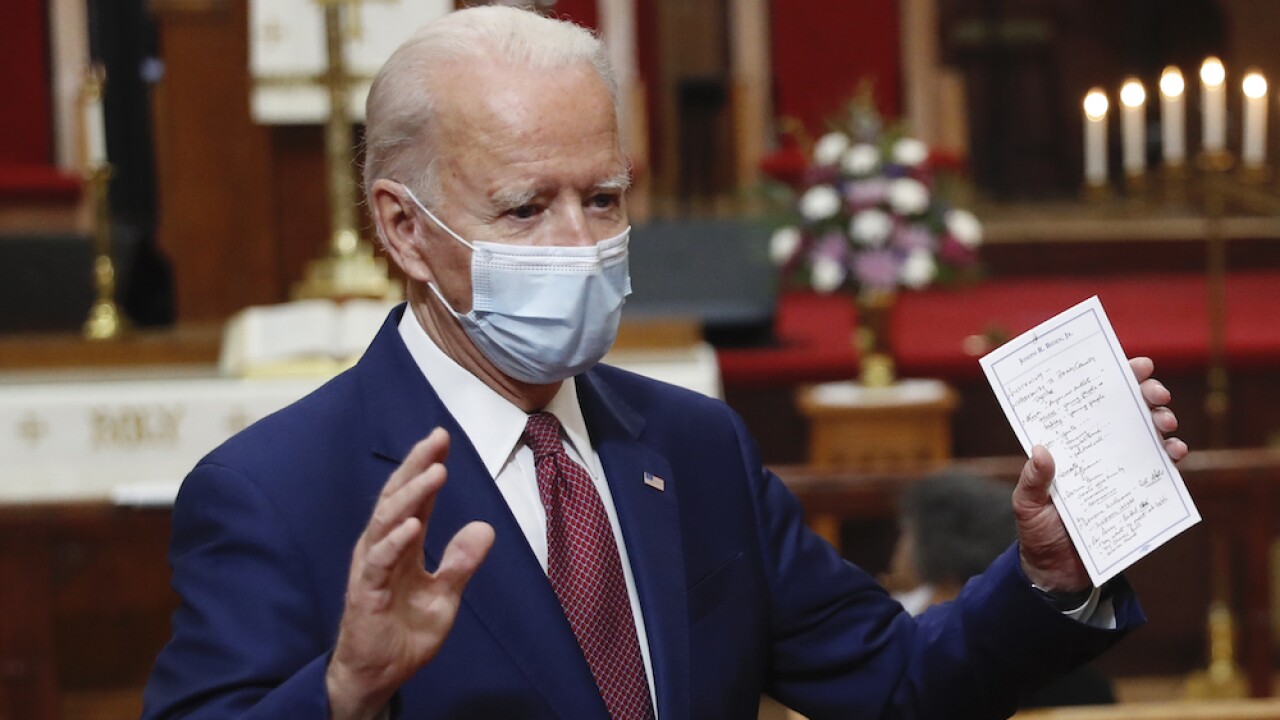 Biden began his address by repeating some of George Floyd's final words" "I can't breathe."

Biden then called for major changes in policing, saying that he would create a national police oversight commission within his first 100 days as president, should he be elected.

"We need to take a hard look at the system that allows the tragedies to keep happening," Biden said.

On Monday, Biden held a listening session at an African Methodist Episcopal Church and called for police reform.

On Monday, Trump staged a photo op at a church near the White House that had been vandalized by rioters — a photo op that required the national guard to fire tear gas on hundreds of peaceful protesters.