Inspiration in the rubble: family helps out in Lake Charles recovery following hurricane 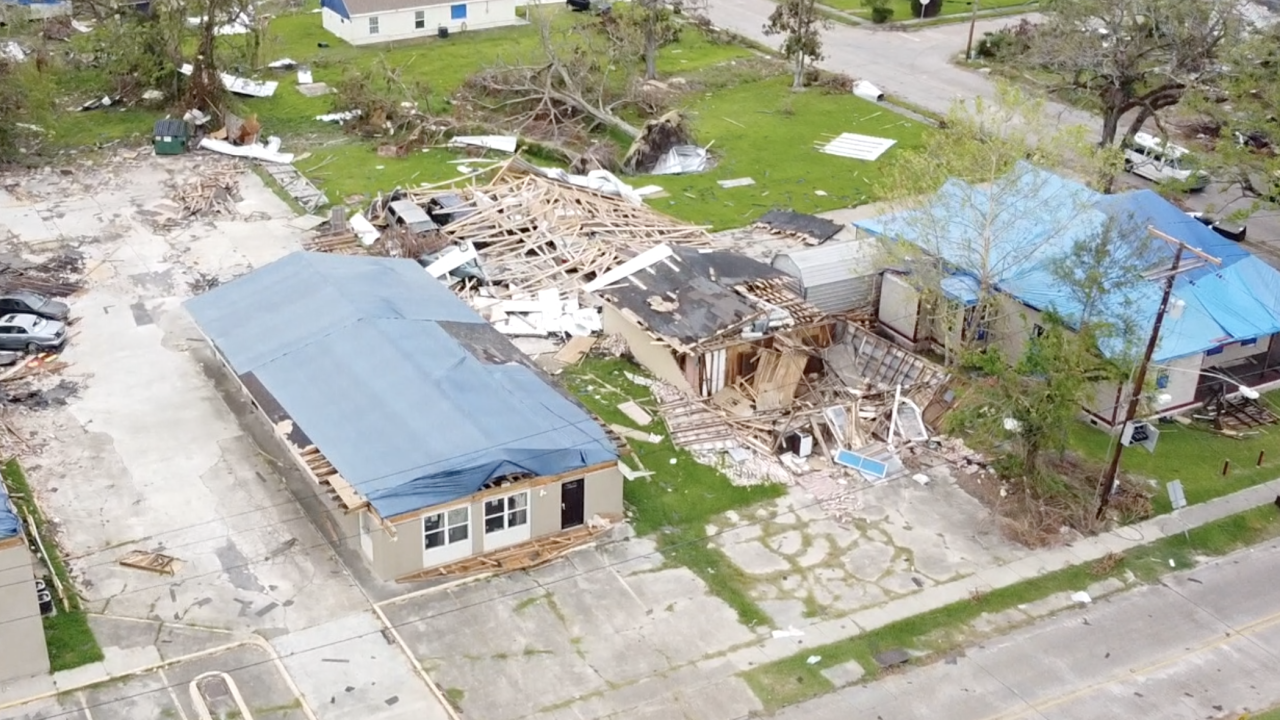 Giving back to a city that needs it, William Duhon was born and raised in Lake Charles, Louisiana. After Hurricane Laura hit last month, the town was reeling.

“This my city man. This is where I’m from. Grew up not even two miles from here. This is it, so this is where I want to give back to,” said William Duhon.

“We’ve been here pretty much everyday since like the 30th. I believe, storm happened on the 27th,” Duhon added.

He’s sorting through donations at a community resource center that’s doubling as a makeshift food bank. He is joined by his mom Yolanda and his best friend from high school Kendrick Johnson. They say it's not easy to see the people coming by every day.

“Some are like, 'We lost everything,'” said Yolanda Duhon.

Everything might somehow be an understatement. Laura destroyed homes in Lake Charles reducing them to piles of rubble. But the 2020 Atlantic Hurricane season has been equally destructive. More than 20 named storms including eight hurricanes and two major hurricanes has caused more than $20 billion in damage.

$20 billion may seem like an unreal number. But for families in Lake Charles the numbers are very real.

“Sometimes there’s babies in the car. Diapers and wipes, we try and find them extra little cute things just to give them, and the little toppings with like five things to give, just to make them smile on their face. It makes us feel good,” said Yolanda.

Johnson, William, and Yolanda are doing what they can to help their city out. William says he comes to volunteer after working the night shift and Kendrick called HIS BOSS on the oil platform and said he couldn’t come back while his community was in need.

“I was actually, still had like 14 days left to go and report back to work, but I called my company and told them, hey look, I don’t have any damage to my house but my community is damaged and I can’t sit here and go back to work knowing I could be helping,” said Johnson.

Johnson is so close to the Duhons, he's considered family.

“This is my adopted son,” said Yolanda.

“I’ve ate meals at her house, slept at her house, she picked me up from band practice before, I mean the list goes on, basically extended family. Basically they don’t look at me as a best friend, I’m part of their family,” said Johnson.

This unconventional family is working hard to make sure people in Lake Charles have what they need to survive. It’s worth every minute for them.

“It’s like handing them a box of hope. You know, like even though you may not have a home to go back to, even though a lot of people are still without lights, still with out clean running water, it’s like, here’s what we can do for you, here’s water you can drink, here’s something that you can eat,” said William Duhon.

“This is our home, our priority to make sure that we’re straight on this side,” said Johnson.