It was the first time the 60-year-old mother and grandmother from Yonkers was seeing her family in the outside world since March 28. 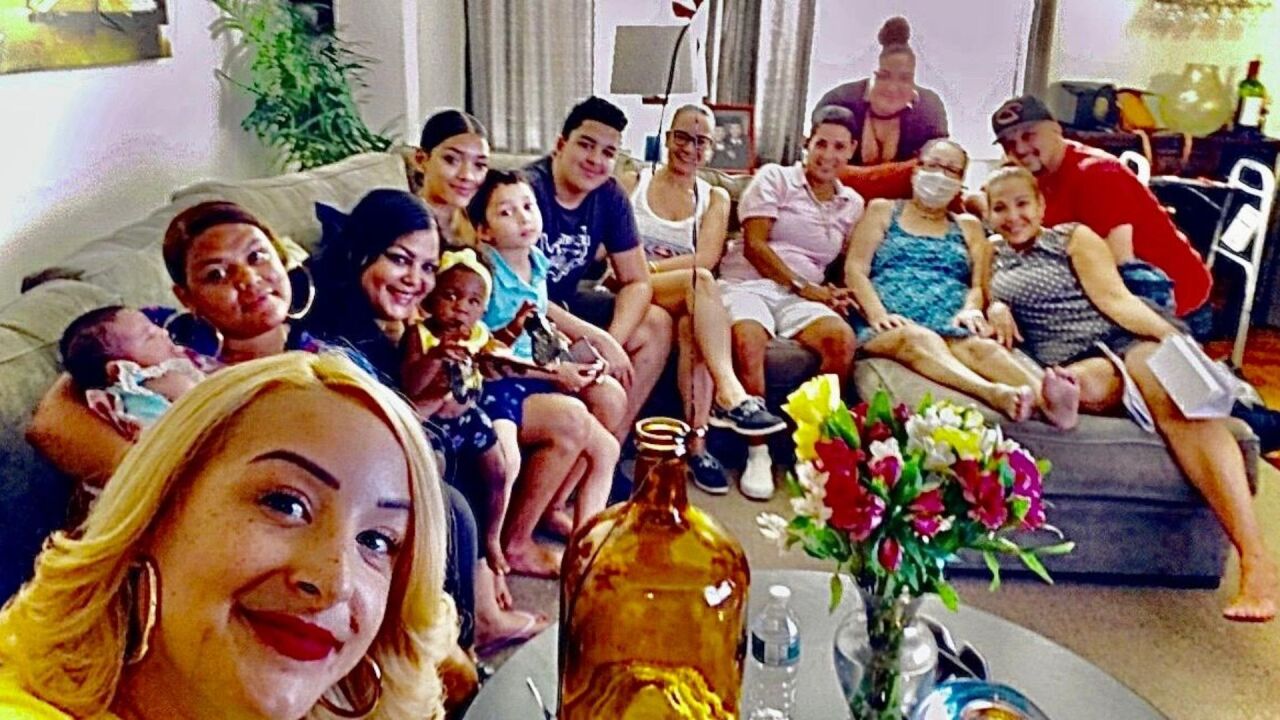 NEW ROCHELLE, NY — Gigi Martinez held tight to her daughter, sobbing in the doorway of the Dumont Rehabilitation Center in New Rochelle Thursday.

It was the first time the 60-year-old mother and grandmother from Yonkers was seeing her family in the outside world since March 28 — four months ago — when she landed in Lawrence Hospital with COVID-19.

"This is a miracle," Martinez said.

By early April, Martinez was intubated and put on a ventilator. She remained on the breathing machine for three months, even when she was transferred to Dumont at the beginning of July.

After three days on the ventilator, Martinez said doctors were delivering a scary prognosis to her three daughters.

"Three doctors told them to 'let me go,' but they kept fighting for me," Martinez said.

Many COVID-19 patients don't survive after being placed on a ventilator. Patients usually average just three weeks on the machines — far less than Martinez's three months.

"The doctors gave her zero chances and told us to 'make arrangements,'" said Milagros Rivera, one of Martinez's three daughters. "I never thought I'd lose my mom to this. We're a prayerful family. We FaceTimed every night and prayed with her."

Martinez was weaned off the ventilator in early July and looked frail as she was wheeled out of Dumont on Thursday.

"I'm a little bit tired, but I'm blessed and so thankful," Martinez said.

Because she suffered kidney failure, doctors told Martinez's family that she would likely need to undergo dialysis treatments for the rest of her life. But Rivera says her mother is not currently on any machines to assist with daily functions.

"I think she was given another opportunity at life," she said.

Rivera recounted how her mother, who was born in Puerto Rico, had turned 60 this past February.

"She was very young and active with an amazing personality," Rivera said.

Martinez had been working as an administrator at a transitional housing program for homeless people when she got sick.

"We ate all together," Martinez said.

When Martinez was asked what she wants to do when she gets a bit stronger, she didn't hesitate.

This story was originally published by Mary Murphy on WPIX in New York.