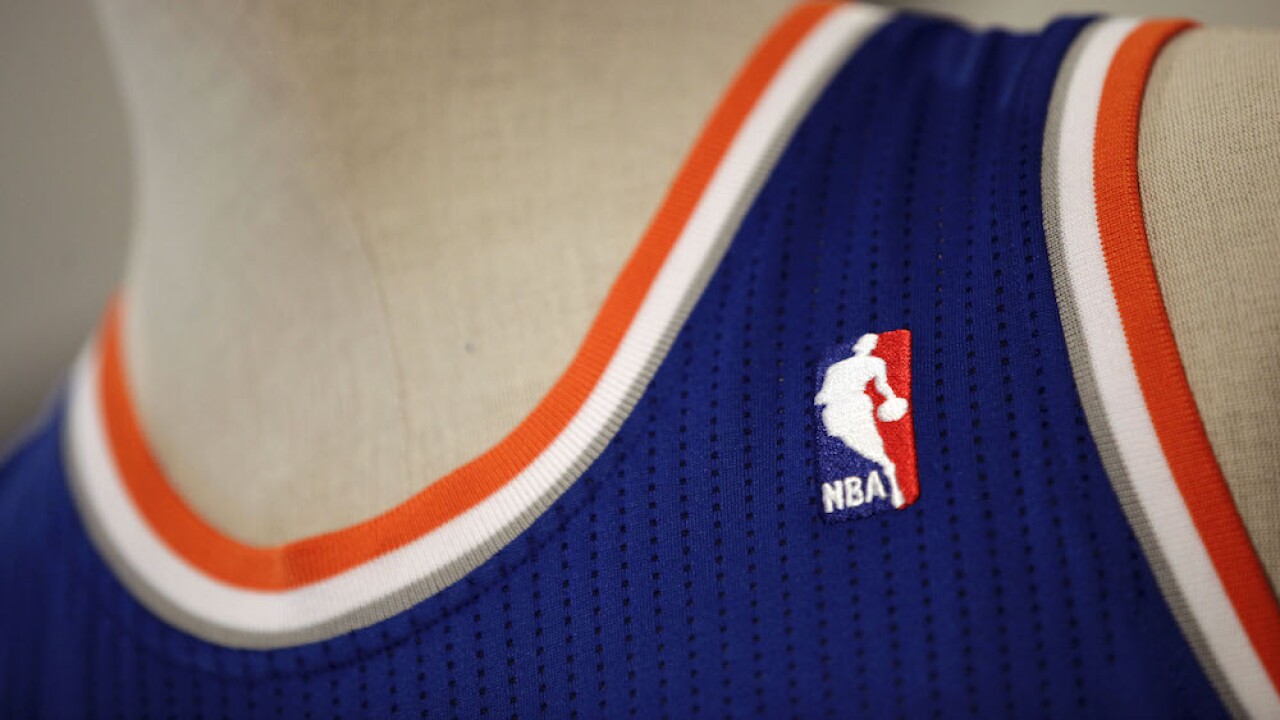 Mary Altaffer/AP
A detail showing the NBA logo on the New York Knicks new away game uniform that is displayed during a news conference, Thursday, Sept. 6, 2012, in New York. (AP Photo/Mary Altaffer)

As the NBA plans to resume action at the end of the month, the bubble the league has implemented in Orlando, Florida, appears to be working.

On Monday, the league said that its latest round of tests netted no new confirmed coronavirus cases.

The league has implemented a “bubble” for its players, meaning players are being confined to a hotel complex as Florida is grappling with a spike in recent weeks of COVID-19 cases. The complex also contains practice gyms for the players to workout.

At the end of June, before players entered the “bubble,” the league found 16 coronavirus cases out of over 300 tested.

The NBA is moving forward with a planned relaunch on July 30, with 22 teams of the league’s 30 teams participating in the conclusion of the season and subsequent postseason based at Orlando’s Wide World of Sports. Fans will not be allowed to watch in person.

The league suspended play on March 11 when Utah Jazz star Rudy Gobert tested positive for COVID-19 moments before tipoff in a game against the Oklahoma City Thunder. Several games were allowed to conclude that evening, but the NBA has not held a game since.