As the suspected El Paso gunman pleads not guilty, one survivor says she's 'trying to forget that evil' 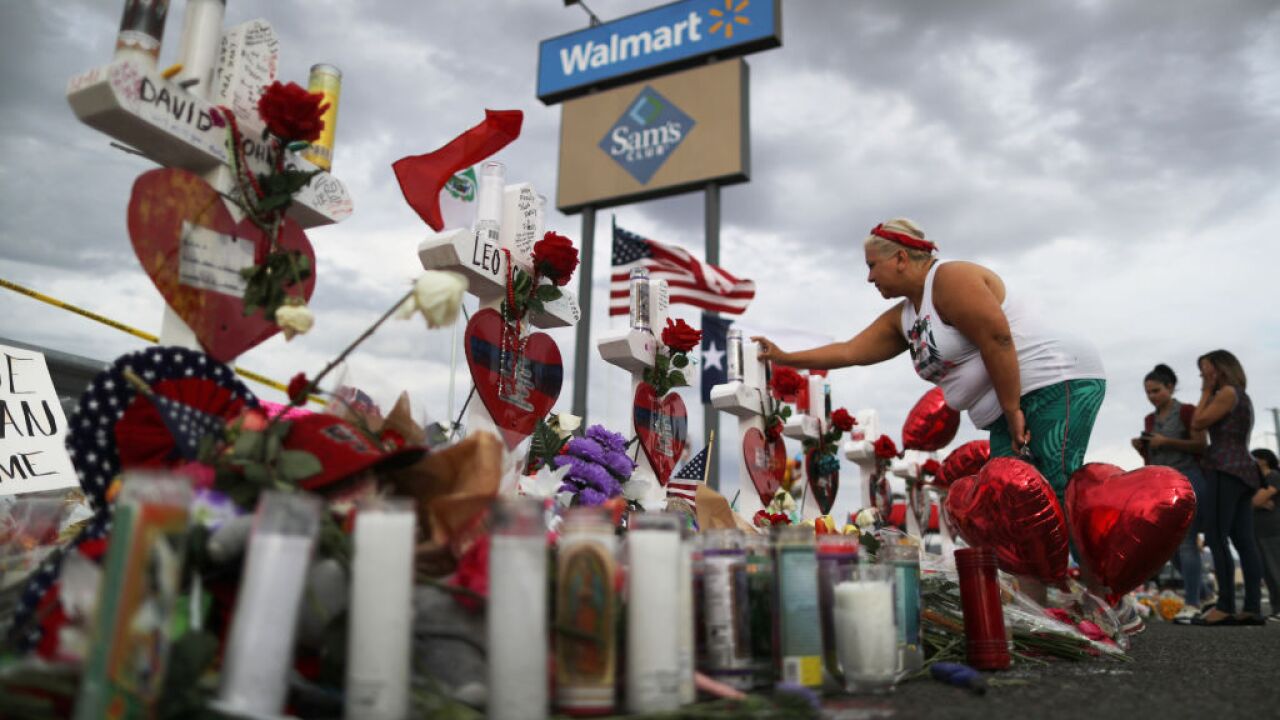 The man accused of carrying out a killing spree at a Walmart in El Paso, Texas , pleaded not guilty Thursday.

Meanwhile, Sylvia Saucedo is still struggling to recover from the most terrifying 15 minutes of her life.

The 58-year-old El Paso resident used to consider herself an active, happy person. Now, she can't go outside without friends. She just recently mustered the courage to go grocery shopping again. She hasn't found the strength to go jogging or swimming.

Weeks after the August 3 massacre, she's "trying to forget that evil," but the mere sight of a young white man puts her on edge. She's having trouble sleeping and eating, and she's lost 10 pounds, she said. The therapist keeps telling her she's letting the shooter control her life.

"There's something stuck between my soul and my heart," she told CNN. "My soul, my spirit -- it's bruised."

She likened the pain and trepidation she's suffered since the shooting to a stubborn stain on white shirt. No matter how many times you treat it or take it to the cleaners, she said, it's still there.

The alleged gunman, Patrick Crusius , was in court for a few minutes Thursday and pleaded not guilty when shown the charges.

There was added security for the hearing; at least a dozen sheriff's deputies were at a checkpoint at the courthouse entrance or in the courtroom.

There were at least 40 family members sitting in their reserved seats. The media and public were on the other side of the aisle.

The arraignment lasted a few minutes. Crusius wore a navy suit and a white button-down dhirt. He spoke several times, answering the judge with, "Yes, your honor."

The next hearing in the case is scheduled for November 7.

Judge Angie Juarez Barill, who was originally assigned the case, has bowed out, saying she knew one victim's family members and is running for chief justice of the state's Eighth Circuit Court of Appeals.

Her term as a district judge ends December 2020 and she does not intend to seek re-election, she said in a statement. The case has been reassigned to 409th District Judge Sam Medrano.

Crusius stands charged with capital murder in the massacre that killed 22 people and injured 26 more.

Capital murder is the most serious charge in Texas. Prosecutors can use it when a defendant is accused of killing multiple victims.

Carrying a legally purchased 7.62-caliber firearm, the suspect drove 11 hours from his hometown of Allen, Texas, outside Dallas, to El Paso with the sole intent of killing Mexicans in the West Texas border city, police say.

A Mexican-American, Saucedo says that piece of information haunts her -- that he was hunting for victims who look just like her.

Saucedo and her mother were having a rough morning August 3. They'd just put down their beloved German shepherd-chow chow mix, Sasha, after 13 years of companionship.

They headed to Walmart to do some grocery shopping and decided to get some breakfast at the McDonald's inside the store.

When people began running, Saucedo's 91-year-old mother thought a sale was under way and wanted to see what items had been discounted. It wasn't long before they figured out the frightening truth. Saucedo and her mother got under the table where they were eating, she told CNN, unable to hold back tears.

As her mother prayed and Saucedo tried to reach the overloaded 911 center, Saucedo heard gunshots coming from the other side of the wall. She held her mom tight and begged her to stop praying so loudly for fear it would lead the gunman to their hiding spot, she said.

"Please, mom, stop praying. Stop," Saucedo told her mother. "I was trying to protect my mom because I didn't want her to get hurt."

The gun made such a horrible noise, she recounted. It sounded so powerful, booming inside the walls of the Walmart. Eventually, the gunshots stopped and a Walmart employee told the two to run out of the store and to get as far away as possible.

Saucedo walked outside and saw police, troops and an ambulance in the parking lot. Helicopters hovered overhead. People were crying and running. She flagged down a passing truck and requested a ride to her car in the back of the parking lot.

After police inspected her vehicle, she drove her mother home to safety, but in her mind, the shooting hasn't ended.

Following the massacre, the 21-year-old suspected gunman turned himself in to a police officer near the Walmart and acknowledged he was targeting Mexicans , authorities said. He had no apparent ties to the area, but according to the US Census Bureau, 83% of El Paso residents are Hispanic or Latino.

He was cooperative, police said, but showed no remorse for the shooting . One police official who came face to face with him described his expression as "stone cold."

About 20 minutes before the massacre, the suspected shooter is believed to have posted a 2,300-word manifesto, titled "The Inconvenient Truth," in which he employed white supremacist language, stated his opposition to "race mixing" and encouraged immigrants to return to their home countries.

"I'm probably going to die today," he wrote in the document posted to a site popular with white supremacists.

Federal authorities say they're treating the shooting as domestic terrorism, and District Attorney Jaime Esparza said he intends to seek the death penalty.

It doesn't sound like justice to Saucedo, she said. She wants Crusius to get a fair trial, she said, but if he's found guilty, he needs to spend the rest of his life thinking about his hateful act. An execution would be too merciful, she said.

"That's going to take 5 minutes. He needs to understand that he did wrong," she said. "I wish he stays in prison forever."