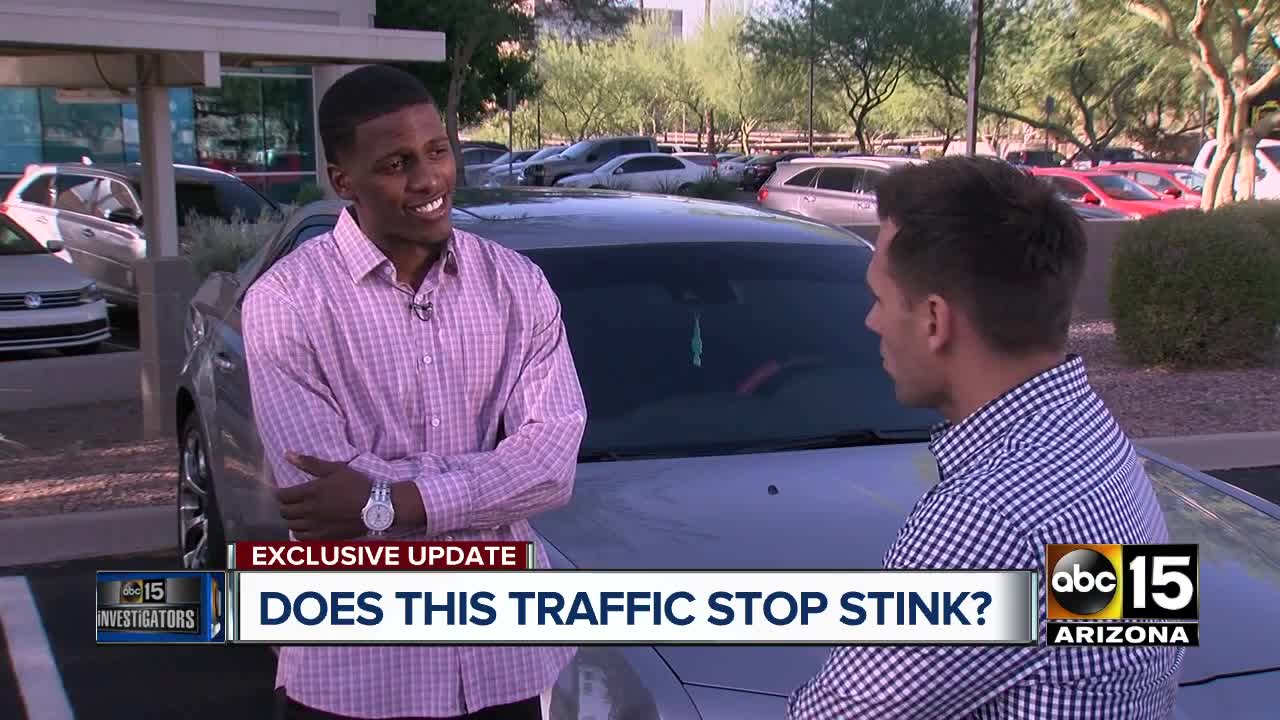 A Valley man says he was pulled over because of his air freshener, and then questioned about marijuana possession at least 10 times by an officer. 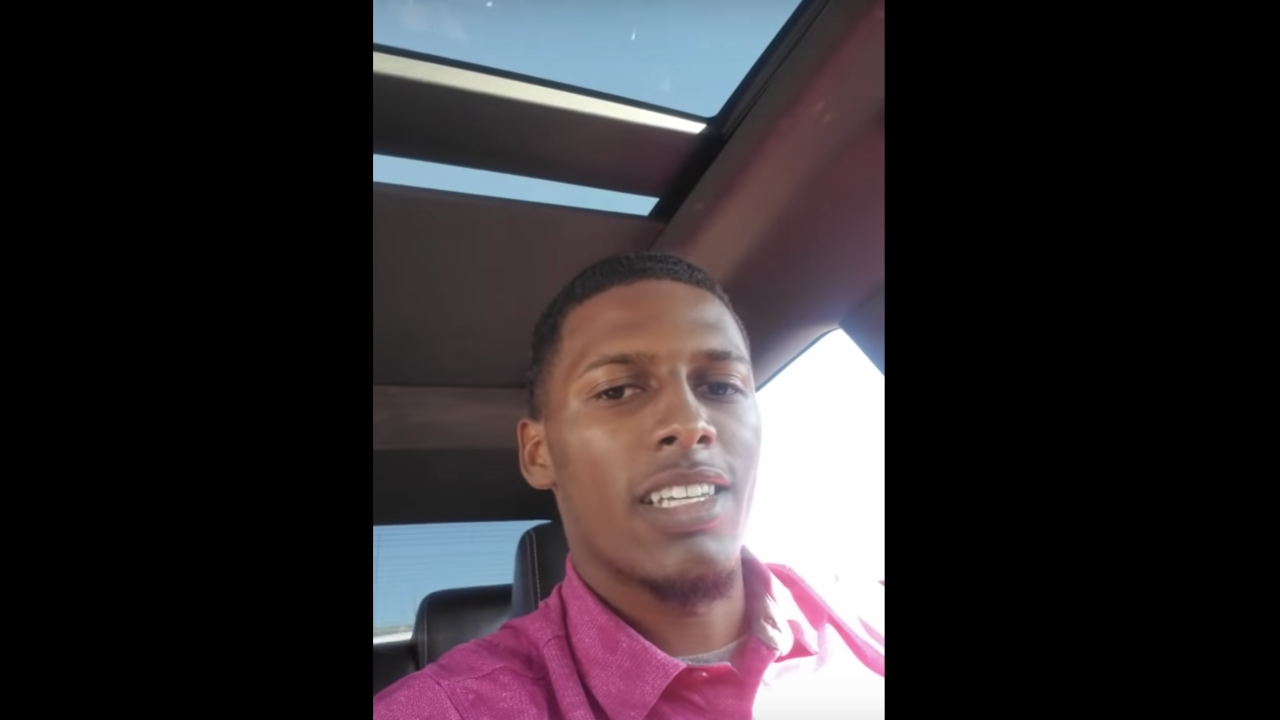 PHOENIX — For at least 10 to 15 miles, Philip Colbert said the sheriff’s patrol vehicle followed closely behind him on Arizona State Route 95.

When the La Paz County deputy finally pulled him over, he couldn’t believe the reason why.

“The little tree in my window,” Colbert said. “Yes. The air freshener.”

Colbert exclusively walked KNXV through the police stop that has made national news and went viral online, and spoke about why he’s demanding accountability.

“I basically just want the next guy to not have to deal with this,” he said. “This is not a vendetta. I don’t have all this hate in me. I’m mad because this is a reoccurring issue.”

Colbert, a 22-year-old black man from Lake Havasu, Arizona, who was driving to Parker, Arizona, to visit his father, posted a cellphone video of the September 19 traffic stop on YouTube.

The video clip begins with Deputy Eli Max walking up to his window and asking him for his license, registration and insurance information.

When asked for the reason for the stop, Max said it’s because of the air freshener.

Max then immediately and repeatedly questions Colbert about whether he has marijuana and other drugs in the car.

Colbert recorded three different videos of the stop. The first video cuts out after about 10 minutes because his phone ran out of storage, he said. Between the videos, the clips show at least 10 different times when Max asks Colbert about possessing or using drugs.

Colbert, a recent college graduate and athlete from Grand Canyon University, clearly and calmly tells the deputy that he doesn’t do any drugs.

But unsatisfied with his repeated denials, Max then tells Colbert to step of out of car so he can have a “man-to-man” conversation.

“When I got asked to step out of the car, that’s when I got leery about where the situation was going,” Colbert said. “I kind of felt like he just wanted to see all of me … a power play.”

In addition to questioning Colbert about drugs, he also repeatedly accuses him of being “deceptive.” Max said one of the reasons is because Colbert seemed nervous as he kept both hands on the steering wheel.

“That’s just what my mom and dad taught me, keep my hands 10 and 2,” Colbert said. “Just stay as calm as possible.”

Out of the car, Max asks if he can search the car. Colbert tells him no.

Right after Max was denied consent to search, the deputy then said he wanted to do field sobriety tests.

“Are you serious?” Colbert asks him in the video. “This is crazy.”

Max responds, “The reason I want to put you through field sobriety tests is because your eyes look a little bit glossy.”

Attorneys for Colbert said the deputy’s actions are out of line, and they’re considering a lawsuit.

“I have never heard of an officer pulling someone over for an air freshener — ever,” said Benjamin Taylor, a civil rights and defense lawyer who’s working on the case with attorney Martin Bihn.

When asked if Taylor thinks Colbert was profiled, he said, “I think so. It doesn’t make any sense.”

Max has been a police officer for six years and has been with three different law enforcement agencies, state police certification records show.

Taylor said they will be looking into this deputy’s past to see if he has a history of issues.

Colbert has also filed an official complaint with the La Paz County Sheriff’s Office, but hasn’t yet heard from the agency, he said.

KNXV reached out to the La Paz County Sheriff's Office for a comment and received the following statement:

"Yes, we obviously are looking into the complaint; we are taking this matter very seriously. Deputy Max has already been placed on administrative leave and our detectives are in the process of investigating the complaint. If we determine that the Deputy was at fault, we will look into the training methods to determine if this was a training issue or possibly an officer making up his own methods. When the investigation is complete, I plan on providing a press release that will detail our findings."

In the cellphone video, Max denies that he stopped Colbert because of the color of his skin and told him multiple times that he questions all people he stops like this and tells them to exit their vehicle.

“This is me doing my job,” Max said in the video. “This is something I do on every single traffic stop I do.”

The entire stop lasted more than a half an hour, Colbert said.

Max eventually let Colbert off with a verbal warning and a final question as he let Colbert get back into his car.

“In the future, maybe just, if you’ve got a joint, we’re not looking for a joint, OK?" Max said. "Drive safe.”

This story was originally published by Dave Biscobing on KNXV.