Trump: Woodward should have reported remarks earlier if he thought they were bad 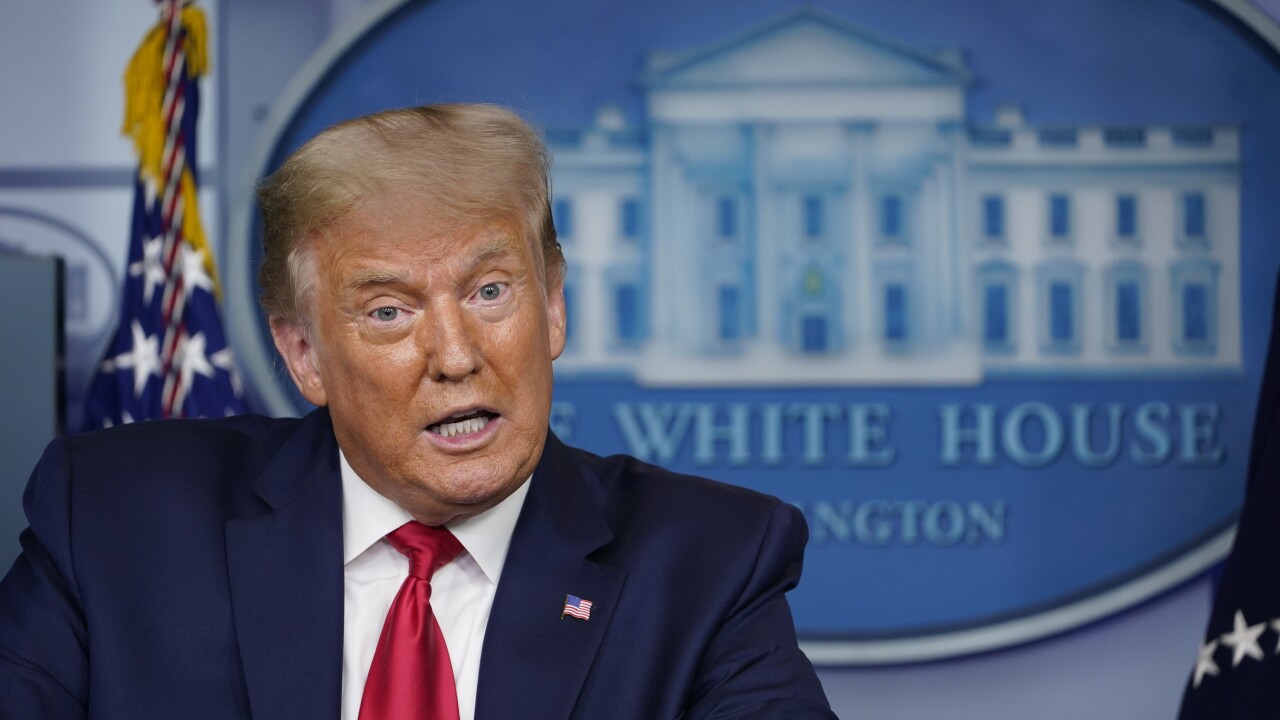 WASHINGTON, D.C. – During a Thursday afternoon press conference, President Donald Trump defended the controversial comments he made during a Bob Woodward interview.

In his new book, “Rage,” Woodward reports that Trump admitted he knew weeks before the country’s first COVID-19 death that the virus was dangerous, airborne, highly contagious and “more deadly than even your strenuous flus,” CNN and the Washington Post report.

And in audio released of their March 19 interview, Trump is heard saying, “I wanted to always play it down. I still like playing it down, because I don’t want to create a panic.”

Trump said Thursday that if Woodward thought him downplaying COVID-19 was bad, he should have reported his comments earlier.

"If Bob Woodward thought what I said was bad, then he should have immediately, right after I said it, gone out to the authorities, so they can prepare and let them know," he told reporters who asked why he lied to the American public.

The president said he didn’t want to cause a panic.

“You don’t want me jumping up and down, saying there’s going to be great death, and really causing some serious problems for the country,” said Trump.

When asked if he will downplay COVID-19 again, Trump said, “I don’t want to jump up and down, and start screaming ‘death,’ ‘death,’ because that’s not what it’s about. We have to lead a country.”

Watch the press conference below:

Apart from Woodward’s book, Trump said that there will be a signing at the White House next week between United Arab Emirates (UAE) and Israel. He added that, “we could have another country added into that.”

Trump also took the opportunity to attack his general election opponent, former Vice President Joe Biden, on the Obama administration’s handling of the swine flu. The president believes “countless more Americans would have died” if the Democratic nominee was president during the COVID-19 pandemic.

Additionally, Trump touched on students returning to universities, where large outbreaks have been reported and schools have been forced to quarantine students and turn to online learning.

“Based on the recent data from more than 20 colleges, not a single who student who has tested positive has been hospitalized,” said Trump.

The press conference came after a The event comes after an active morning on Twitter, during which Trump talked about a variety of things, including Kim Jong Un’s “good health” and his interview with Woodward.

Meanwhile, the country’s COVID-19 death toll is nearing 200,000 and Congress remains at a standstill regarding a fifth coronavirus rescue package.

Thursday, Senate Democrats scuttled a scaled-back GOP package, saying the measure shortchanges too many pressing needs caused by the pandemic. The vote for the bill was 52-47, showcasing the partisan divide leading up to the general election.