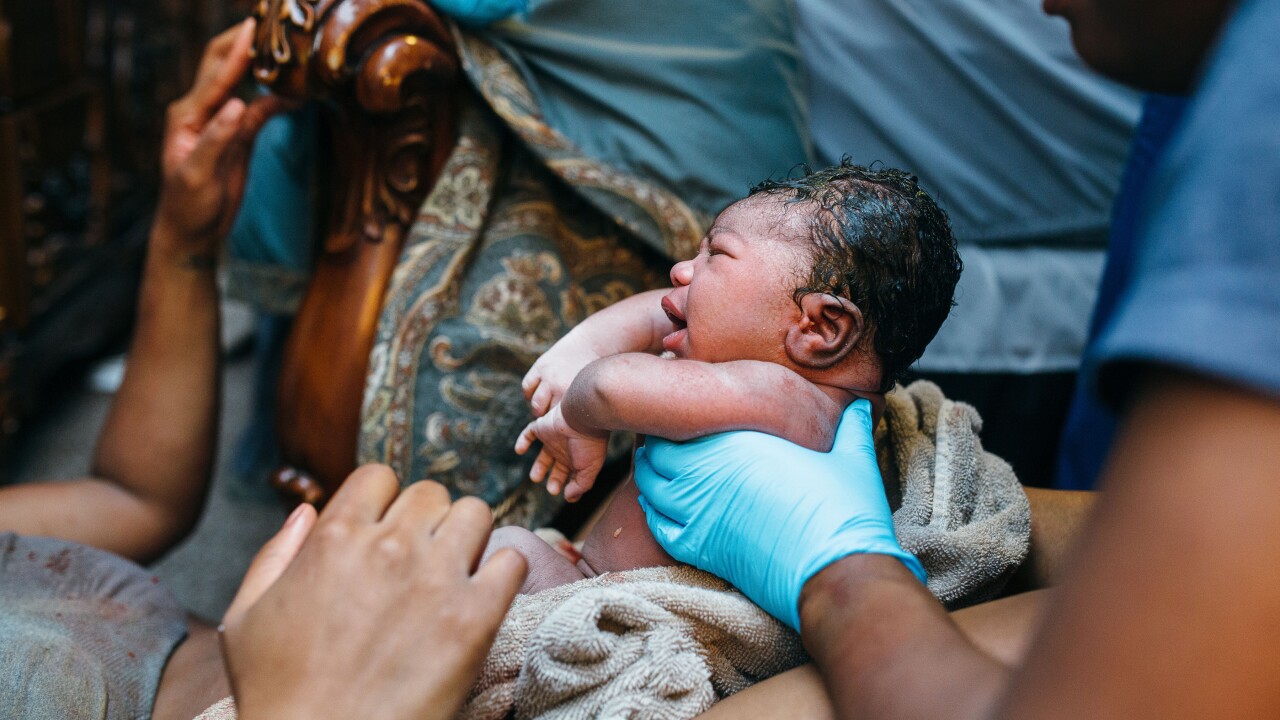 It’s a moment of pain and perseverance captured through the lens of a camera.

“My son’s head was out, and he was losing oxygen. He was slipping away,” mother of two, Loriell Forte, said.

Forte had her son at home last year. The delivery was an intense experience.

“They had to put an oxygen mask on me, so that way he wouldn’t stop breathing," she recalled.

Photographer Elaine Baca was behind the scenes for the entire process, photographing the experience for the family.

“She caught that moment of near death, but life at the same time. It’s a delicate balance,” said Forte.

The family planned to frame some of the birth photos for their home, but one photo ended up on Forte's Facebook wall instead and it was posted by someone else.

The photo, showing Forte and her husband while she is in labor, was shared on countless Facebook accounts with a false caption. Each post manipulated the story with slightly different details.

"One page had more than 200,000 shares on that one image saying that, ‘My wife is suffering from coronavirus. The doctors say my wife is going to die and the baby is going to have Covid too, please pray and like and share,’” said Baca.

Some posts claimed Forte’s baby had died. Others posed as her husband saying he’d lost his wife and now their baby is sick.

“It blew my mind that it went from an innocent moment, a powerful moment depicting birth, to a representation of COVID,” said Forte.

But what is the truth?

The photo was taken a year before the pandemic started in January 2019, and Forte’s son is now almost 2 years old.

A true birth story is all Baca wanted. She documented Forte’s experience for a portrait series of African-American women giving birth because she says they are under-represented in birth stories.

“Black women don’t see themselves often, so we were trying to show the beauty and the power of birth for these families," Baca said. "So, when I see that it’s not being used for that, it’s for fear, and for people to have a shocked reaction, shares and likes, it’s just really frustrating because it goes against everything we were trying to do.”

Experts warn misinformers will post photos you see on your timeline every day to get clout online and to spread false information.

The misinformer now has a wider audience to spread other false photos or articles.

If you don’t check the source of what you share, you could be helping spread misinformation with the click of a button.

“I was just reporting and reporting as fast as I could and as they would get taken down. I moved onto the next, but there were 10-15 of them, and each of them had more than 1 million followers,” said Baca.

Even after trying to have the photos taken down, Forte and her husband’s faces are still being shared incorrectly on the internet today.

“It definitely stripped the power I thought I had in that moment,” said Forte. “It’s like, ‘Ok I might have power in giving life, but when it comes to a keyboard or Instagram, I’m powerless."

Both women agree the power lies with the public. A simple second to check the source of an image before you hit “share” could stop one more fake story in its digital tracks.