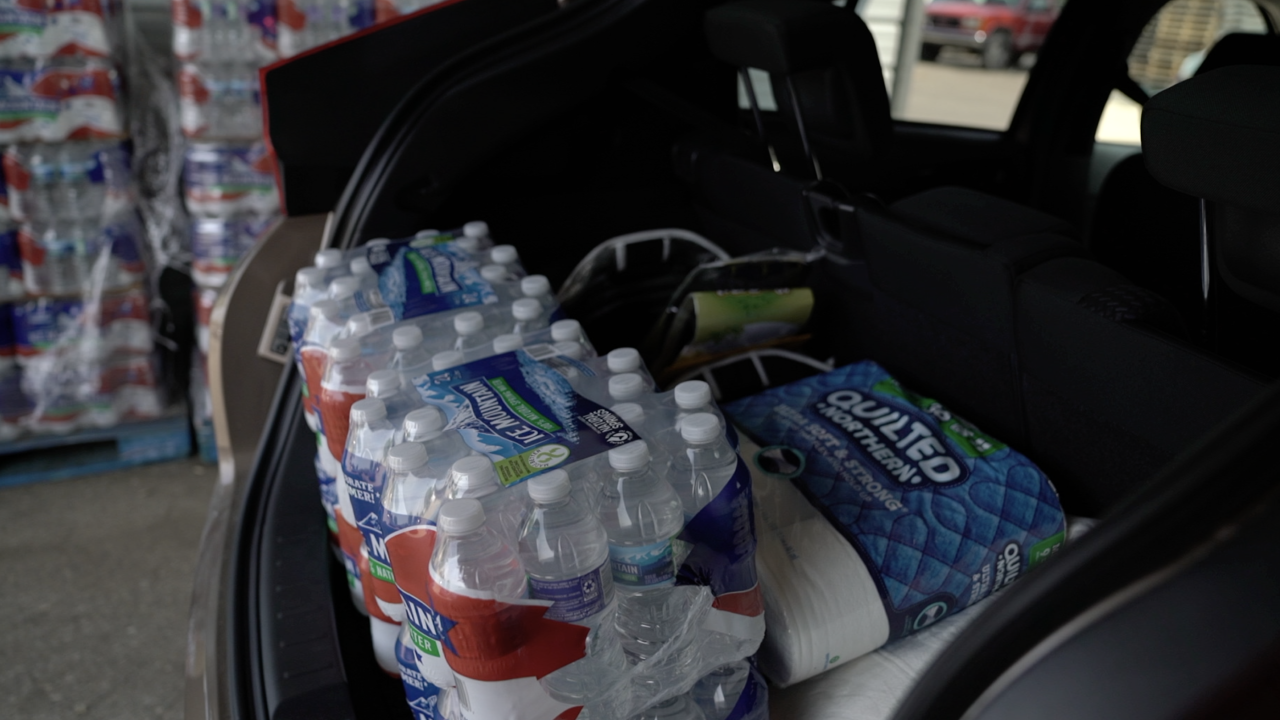 Every Thursday before the sun rises, the line of cars forms. They are filled with residents like Suzanne Bridges.

Bridges and all the others in line are waiting for a necessity to live.

“Water. Water is the main source in my home. We drink a lot of it,” Bridges said.

When asked if she trusts the water that flows from her faucets and shower in her home, her answer is clear.

Throughout the day, the line of cars continues to grow. As it stretches down the street and around the block, it becomes clear how the Flint water crisis continues to live on.

“As you can see, the lines after five years are still very, very long, and the need does not seem to get any better,” said resident Sandra Jones.

Every week, Jones is at the front of the line.

She runs the RL Jones Community Center, which hands out cases of bottled water to people who live in the City of Flint.

“I’ve seen it all because I’m out here with them, and if you don’t have a heart, I don’t even understand. Where is the compassion?” Jones said.

Jones was in Flint in 2014 when the water crisis started. The city’s water supply was switched to the Flint River to save money.

Aging pipes contaminated the water, exposing around 100,000 people to elevated levels of lead. Lead poisoning can cause irreversible developmental issues, specifically in children.

A state of emergency was declared in 2016.

“We test their water on a regular basis. We’re working with the local city, as well as the state,” Wheeler said. “We’re still providing bottled drinking water to people if they need it, but at this point, the water quality in Flint, Michigan is safe to drink.”

But in Flint, trust in the water and the government has run dry.

“Even though they say it’s safe to drink, we still are afraid of drinking the water,” said Steven Atkins, a Flint resident.

"It’s something that we have to have. It’s important that we need it, but now we just can’t trust it,” said resident VanNessa Taylor.

In August, the state of Michigan agreed to a $600 million settlement with those impacted by the water crisis, and 80 percent of the money will go to children.

Jones says that money will only go so far. Transparency must bring back trust.

“That’s where we are,” she said. “This was a marriage and you cheated on me for your benefit, not for my benefit.”

Jones says the pandemic has made giving bottled water away even more difficult. She’s faced a shortage of volunteers to give away the water to the cars that come through. She says the lines grow outside her community center each week, six years after the Flint water crisis first began.

However, Jones says she will continue to fill trunk after trunk until the cars no longer need to come through.

“This city has got to get back whole again. It cannot continue like this. This is the United States of America,” she said.