Doctor accounts experience working amid the pandemic, the toll it’s taking on workers 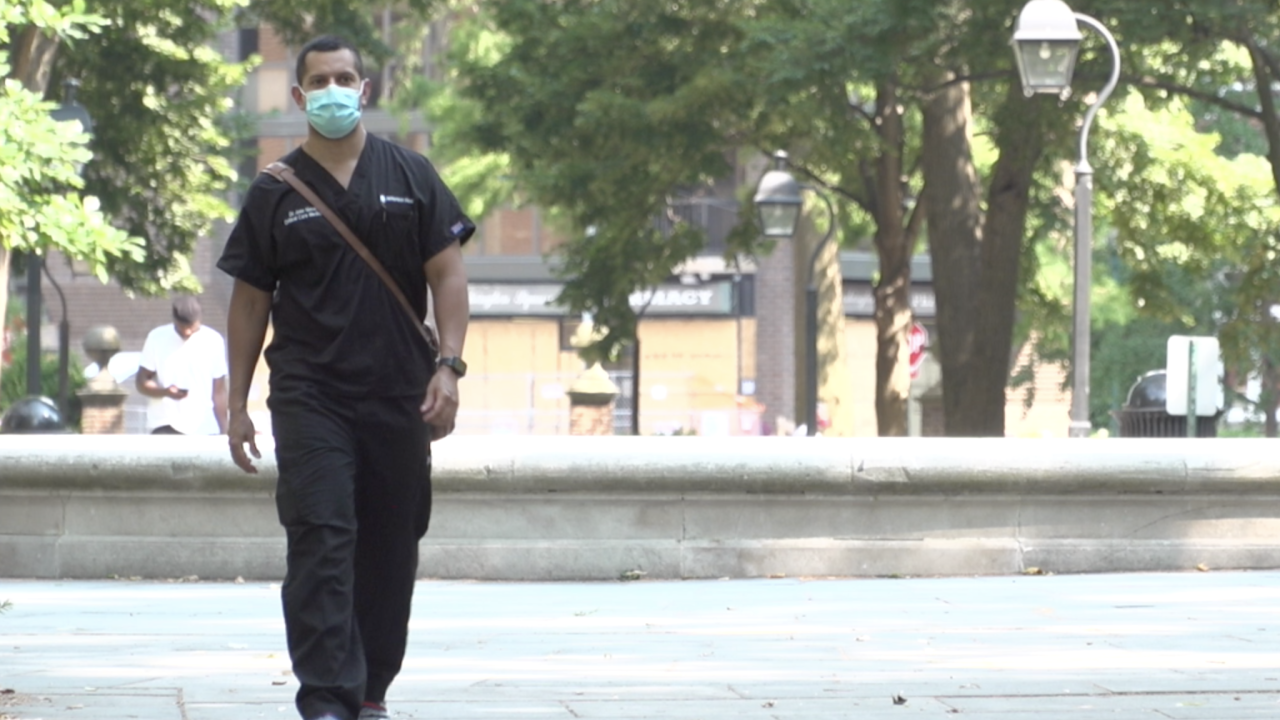 Dr. Jose Nieves has been a critical care physician on the frontlines as a hospital intensivist, working at two hospitals in South Jersey--Jefferson Washington Township and Jefferson Cherry Hill hospitals.

“When this all first started, we knew things were starting to pick up in Seattle and New York, and you felt it coming down our way,” recalled Dr. Nieves.

When the pandemic first struck in the United States, the doctor felt fortunate, because his hospital system had a chance to gather enough PPE gear, create a plan, and brace for it. However, when the surge started in his hospitals, he realized all the planning still could not prepare healthcare workers on the frontlines for what they were dealing with.

“It was pretty terrifying,” said Dr. Nieves, “A lot of the stuff we had prepped and talked about in our own little training sessions, you know, was very much kind of like, I wouldn’t say thrown out the door, but it was a lot of rushed implementation of stuff we had never done before."

As he would be working on one patient with COVID-19 symptoms, another would walk in. There were days when five potentially COVID-19 positive patients with severe symptoms were walking in at the same time. Physicians were working around the clock to try to save lives while trying to learn about the virus.

Despite all their efforts, there were days they couldn’t save everyone, and those were the hardest. For Dr. Nieves and his team, the loss of a pregnant mother and her unborn child was the toughest.

“Having that traumatic event occur, at an already high stressful level, the staff really had to be gathered around and supported, because people were in tears. It was devastating,” he explained.

On top of that, he also couldn’t go home and get a much-needed comforting hug from his girlfriend, for fear of exposing her to the virus.

“That, for me, started to hammer it home; that there really was no break from this,” Nieves added.

Having no break from the virus coupled social distancing needed to curb its wrath, it was taking a toll on many healthcare workers around the country.

“The toll for some people at some points was that they didn’t think that they could do this anymore, that this wasn’t going to be their profession any further and that is always hard to see,” said Dr. Nieves.

Jefferson Health leaders saw the toll the pandemic was taking on staff and stepped in early on, leading town halls for workers to vent and offering counseling. Other hospital systems around the country are now doing the same. Seeing the toll the pandemic has had on healthcare workers, Dr. Nieves knows first-hand how important that is and will be for so many on the frontlines of this pandemic.

“Doctors that you saw last year are not going to be the same mentally and emotionally in the coming years,” Dr. Nieves explained.