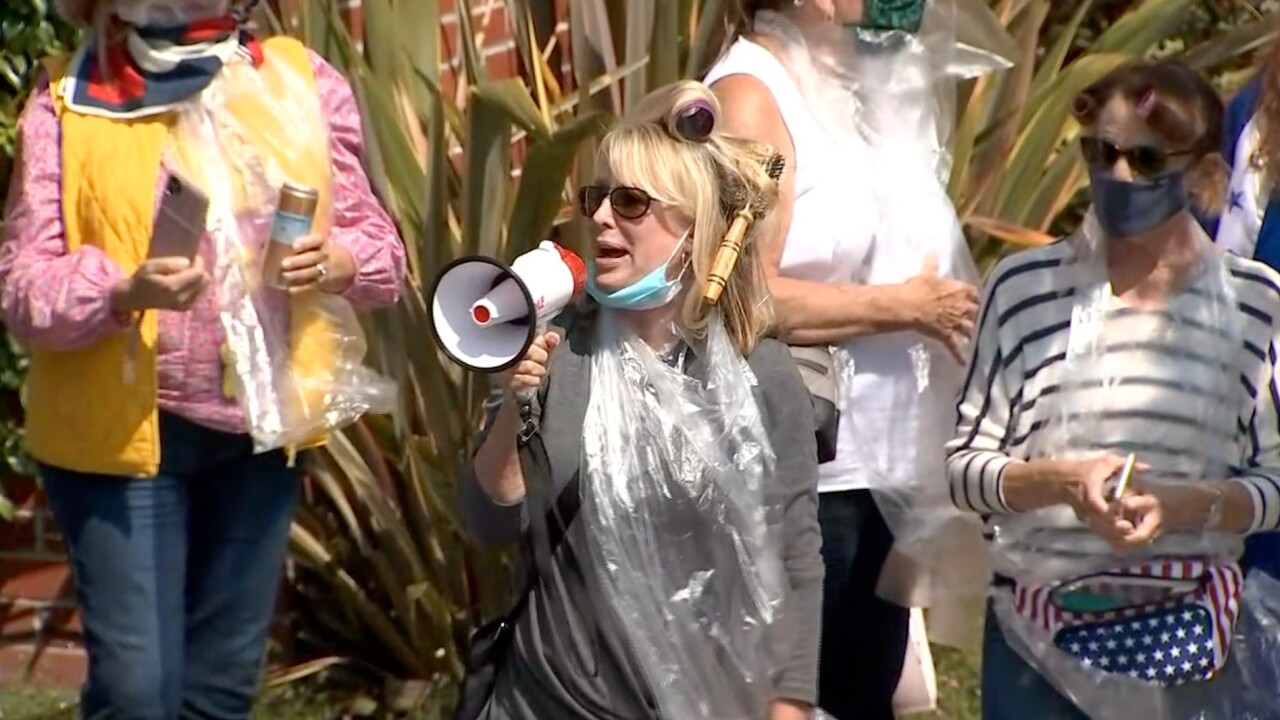 In video of the protest, some demonstrators are seen with curlers in their hair, plastic is draped over them and hair dryers hang from trees.

The rally came two days after video of Pelosi getting her hair cut inside a California salon surfaced.

California Governor Gavin Newsom lifted restrictions on hair salons serving customers indoors at the end of last month. However, the city of San Francisco still requires such services to only be provided outside.

Pelosi says the salon told her it would be OK to come inside, because they are only accommodating one person at a time.

She also claims the whole thing was a set-up, since the video was released to the media by the salon's owner, KGO reports.

A photo of Pelosi on the same visit shows her wearing a mask around her neck instead of on her face. She says that's because she had just had her hair washed.