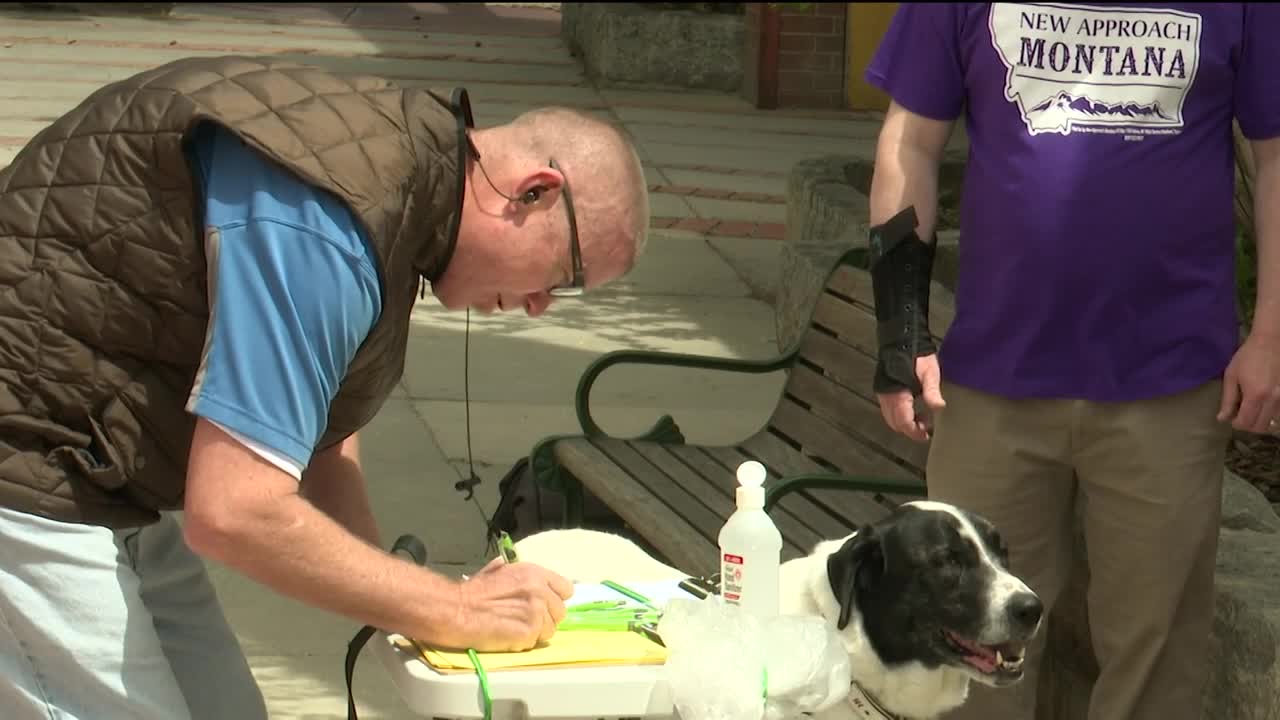 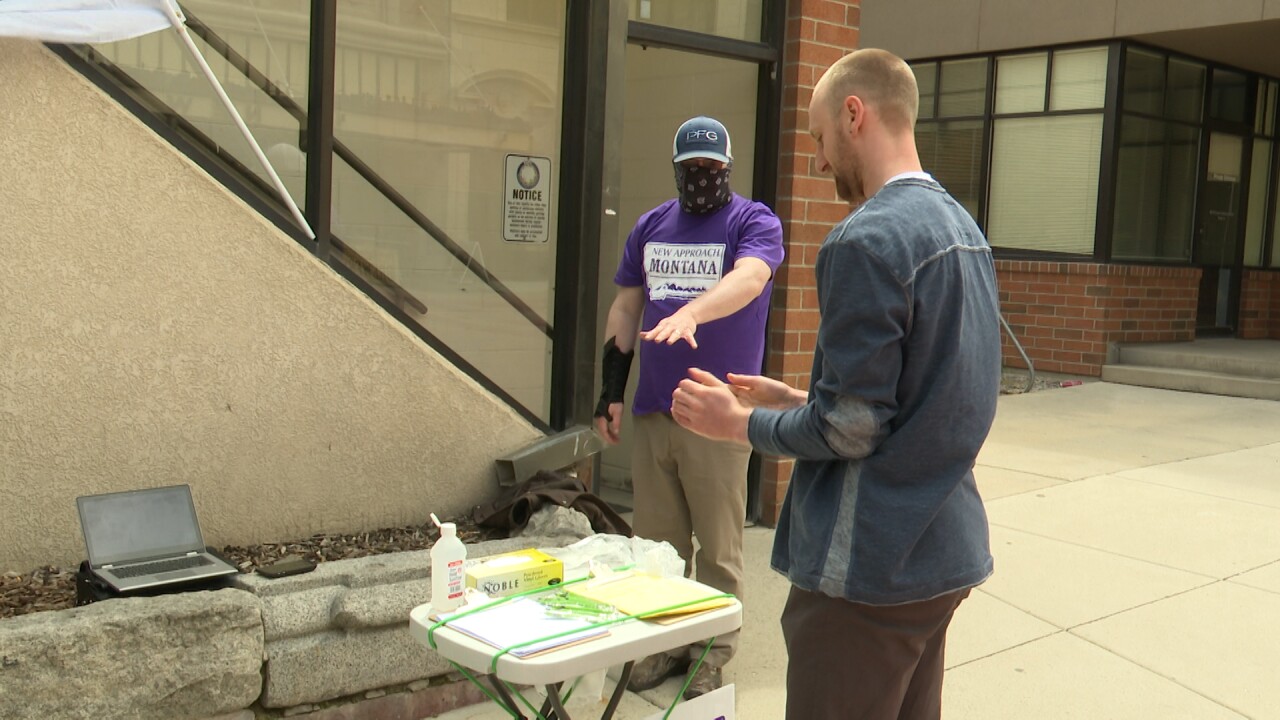 Every two years, groups fan out across Montana, asking for signatures on petitions to put proposed ballot measures before voters. This year, those signature drives look far different than in the past, because of the COVID-19 emergency.

On Thursday, signature gatherers with New Approach Montana were on Helena’s Walking Mall, seeking support for a pair of measures to allow recreational marijuana in the state. Instead of approaching passersby to ask them to sign, they called out to people as they walked by. Those collecting the signatures wore masks, and those signing used hand sanitizer and individually-wrapped pens – which the campaign disposed of after a single use.

“We try to do a contactless initiative signing as much as possible,” said Pepper Petersen, New Approach Montana’s political director.

Groups seeking to qualify initiatives for the November ballot have until June 19 to collect the signatures they need. For a standard initiative, that means at least 25,468 signatures from registered Montana voters. A constitutional amendment requires at least 50,936.

New Approach is proposing two measures. Initiative 190 would set up the framework for a recreational marijuana system, including a 20% tax on sales. Constitutional Initiative 118 would amend the Montana Constitution, allowing the state to make 21 the minimum age to buy or possess marijuana – instead of 18.

While Gov. Steve Bullock’s stay-at-home order was in effect, New Approach filed a lawsuit seeking the authority to collect signatures electronically, but a court rejected the request. Once the state began loosening its restrictions, the committee decided to return to an in-person signature drive, but take additional precautions.

“We’re going to follow the governor’s directives, to the very close detail, but we’re still going to go out and get our signatures,” Petersen said.

New Approach plans to bring on up to 200 signature gatherers and train them all in best practices to reduce the chance of spreading the coronavirus. Petersen said all of these extra steps have made the process more expensive.

“We’ve had to go to our donors and say, ‘You believe in this just like we do, and so help share that commitment with us,’” he said.

New Approach Montana has received substantial financial support from national groups, and campaign finance documents show it had more than $320,000 in the bank at the end of April. However, not every group trying to qualify an initiative has the same type of resources for this type of drive.

MTCares is a committee backing Initiative 187, which would require utility companies in the state to get more of their electricity from renewable sources like wind and solar. The measure would gradually increase the renewable requirement to 80% by 2035.

Russ Doty, who helped draft the initiative and is a volunteer with the campaign, said they haven’t sought or received large amounts of money. MTCares’ most recent campaign finance report shows it has less than $1,000 in the bank. Doty said almost all of their signature gatherers are volunteers, and many are over the age of 65.

“We’re doing this on a shoestring, with a bunch of retired folks,” he said.

Doty said signatures turned in by mail had previously needed to be notarized, but that that would require either an in-person meeting or a substantial charge. MTCares is now encouraging people to print the necessary forms off of their website and mail them in.

“You shouldn’t have to risk a fatal disease in order to petition your government and exercise your constitutional right to do that,” Doty said.

Petersen said New Approach is also using the mail-in method, offering to mail the forms to supporters or let them print them from their own site . He believes they will be able to qualify both I-190 and CI-118, despite any added difficulties.

“It’s a heavy lift for anybody, much less someone with such a compressed timeframe that we have,” he said. “We’re out there doing the job, we’re hustling to get the signatures, and we’re confident that we’re going to make the goal.”

Petersen estimated New Approach has collected about 15,000 signatures for each measure since May 8.

Doty said MTCares had about 11,000 signatures for I-187 when they halted in-person collection – still 14,000 short of what they need to qualify, but more than they were able to get for similar proposals in 2016 and 2018. He said, regardless of what happens this year, he believes more Montanans are hearing their message about climate change and the environment.

“I’m confident that either this time or the next time, we’ll have enough signatures, and people will get to exercise their right to get cheaper and cleaner electricity,” he said.