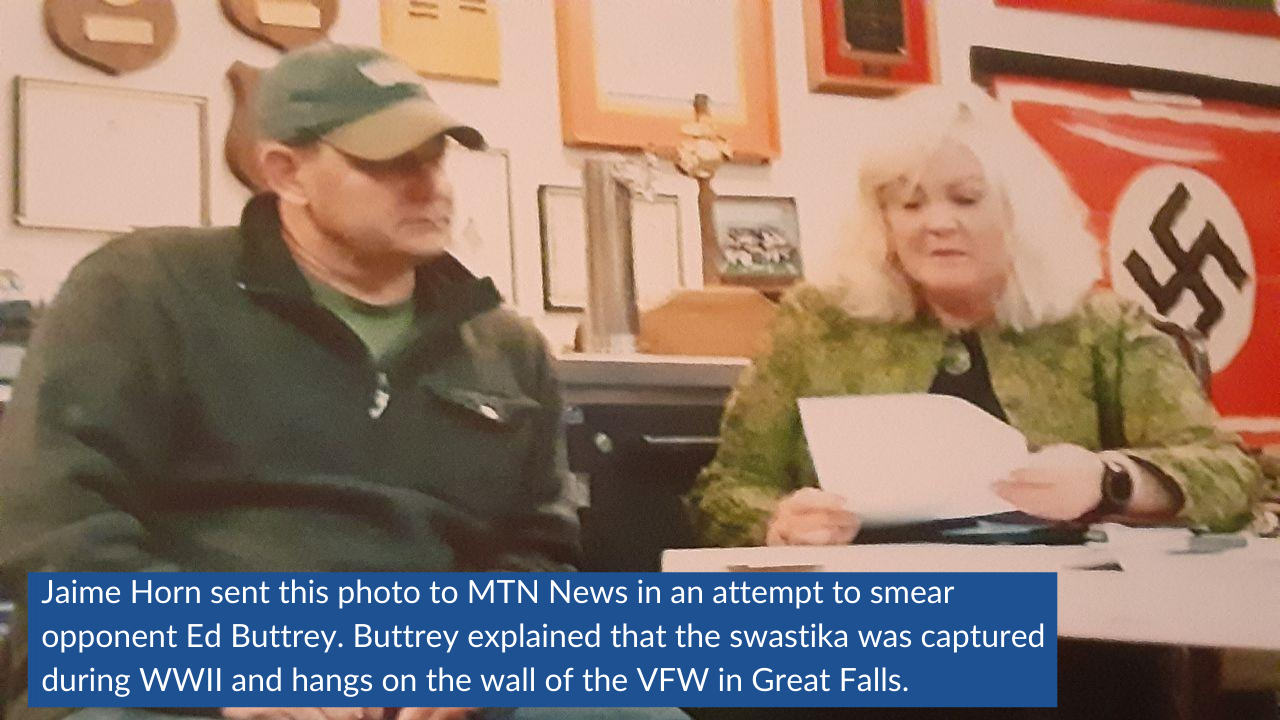 Jaime Horn sent this photo to MTN News; Buttrey explained the swastika was captured during WWII and hangs on the wall of the VFW in Great Falls. 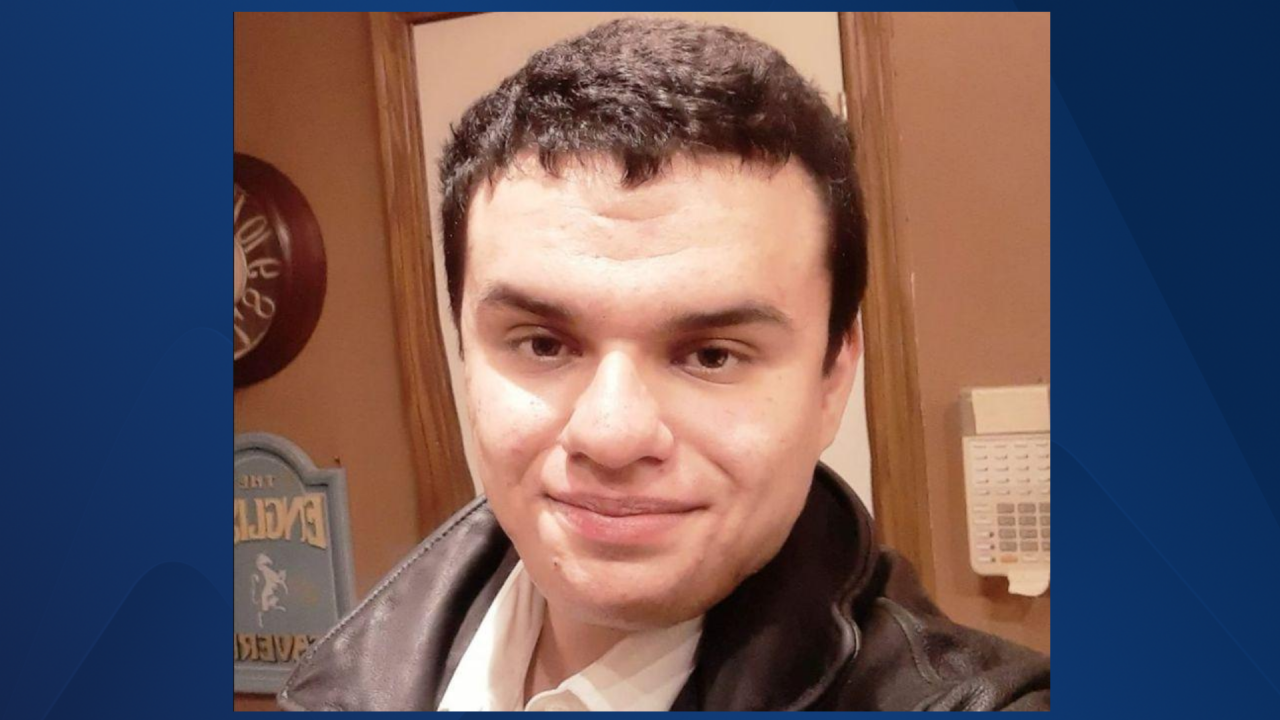 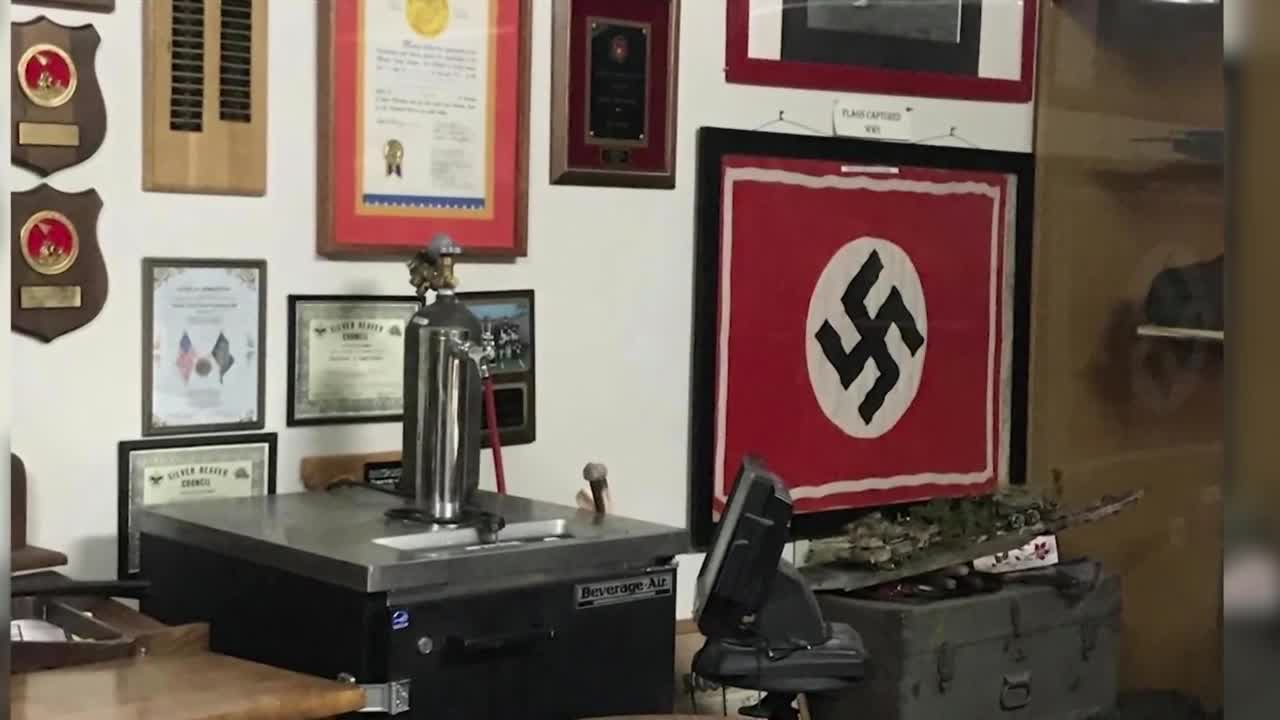 Jaime Horn, a Democratic candidate to represent Montana's 21st House District in the Montana Legislature, sent a photo to MTN News this week of his Republican challenger Ed Buttrey sitting in a room that has a Nazi swastika framed on the wall.

Horn said in an email: "The issue with said photo is the framed swastika hanging proudly on the wall. It is important to note that though I am disgusted by this revelation, I did not take the photo and merely acquired it; the identity of the photographer is not known to me or anyone involved with my campaign."

Horn posted on his Facebook campaign page: "In a just world, this would disqualify him."

Horn's official campaign statement is: "As a person of color with Jewish heritage, I am speechless and appalled at the nature of this image. My opponent's willingness to be indignantly seen in the same room as such a hateful, and evil symbol is offensive on many different levels. The swastika not only represents one of the worst genocides in human history, but also a war that claimed the lives of 418,500 Americans. If elected, I will be the first Latino legislator in Montana history, and will work in Helena to heal, not exacerbate as the current incumbent will, the racial divides tearing apart our communities. I encourage Representative Buttrey to answer for this disgrace, and to accept my open invitation to debate over video chat next month."

MTN News contacted Buttrey on Wednesday, and he explained that the photo was taken at one of the monthly Cascade County Republican Central Committee meetings that is held in the back conference room at the VFW on 10th Avenue South. He said that there are many wartime artifacts including the framed Nazi flag which was captured during WWII.

He added that if you go to the VFW and ask to see the flag in the back room (past the kitchen area), you can see the flag and capture notes for yourself.

Buttrey also included his official campaign statement on the matter: “I imagine that one of the spectators at the meeting snapped the picture for the sole purpose of discrediting myself and Rep McKamey. This is really sad as the picture was taken at a location where we honor our Veterans and of a flag that was captured during WWII. I find it shameful and disturbing that these types of political games are being played. In this time of pandemic, we should be focused on Montana, not on deceptive dirty politics.”