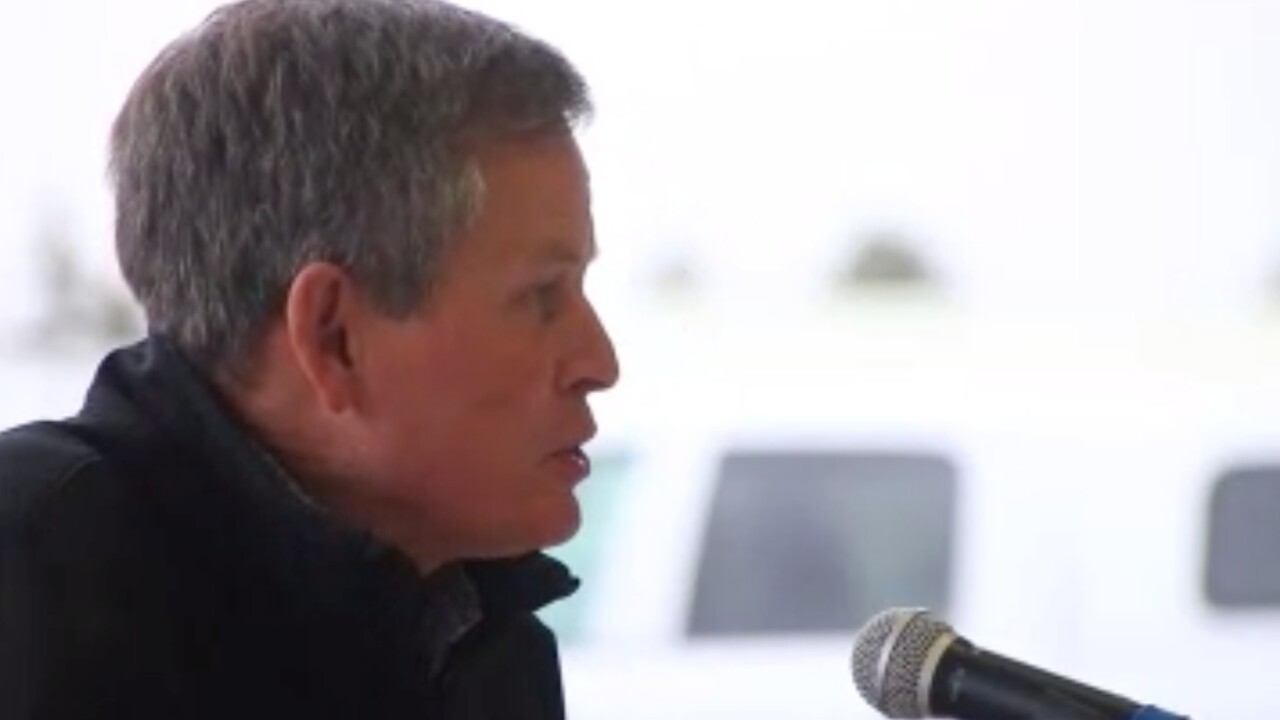 MISSOULA — Senator Steve Daines (R-MT) is thanking firefighters for their tremendous efforts during what has turned out to be a record-breaking fire season across the U.S. and he's once more promising the Senate will act on a series of sweeping reforms to improve forest management.

Sen. Daines made those comments Tuesday, stopping in Missoula with U.S. Agriculture Secretary Jim Hubbard to thank the "smokejumpers" and other personnel for their work during an especially fierce fire season that saw more than 30-thousand firefighters deployed.

While the largest fires struck the West Coast this year, Sen. Daines and Hubbard noted it could be the Northern Rockies turn next year, and the lessons learned in California, Oregon and Washington will be beneficial.

Another step forward could be the passage of the bi-partisan Emergency Wildfire and Public Safety Act of 2020, which would improve the commercial harvest of dead and dying trees, expedite environmental reviews and make communities more fire-resistant.