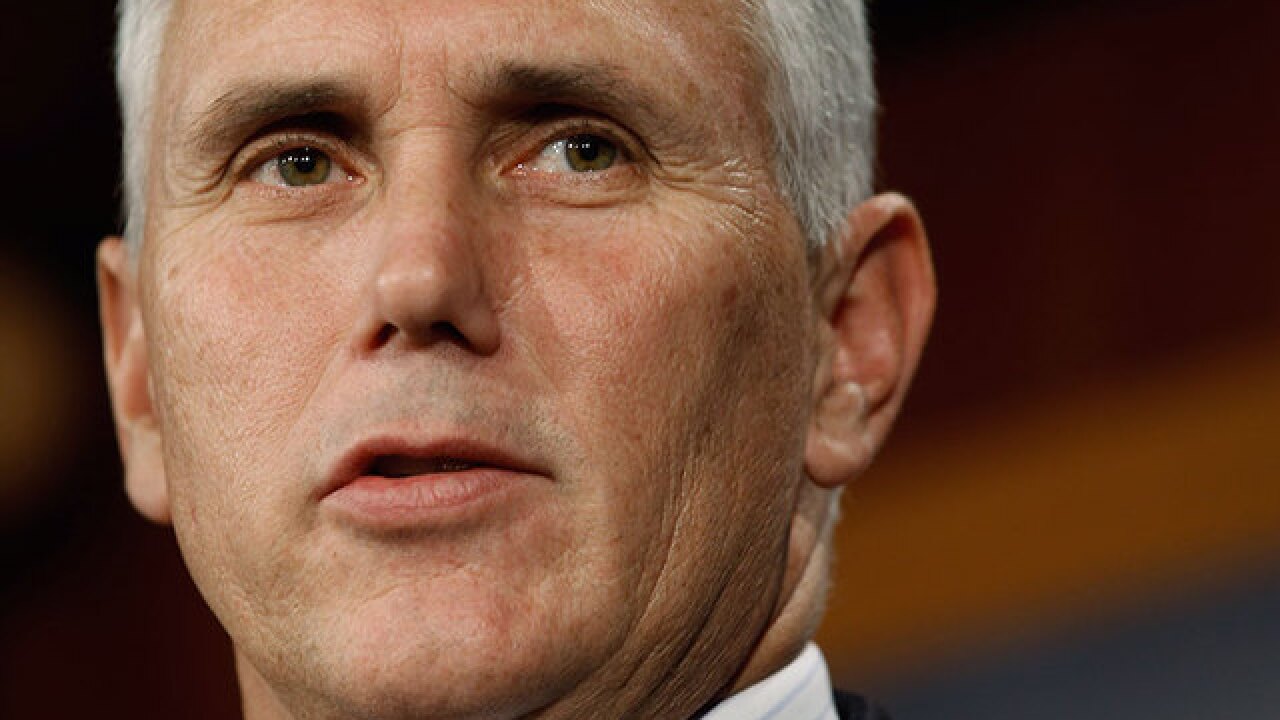 (CNN) -- Vice President Mike Pence is expected to attend a fundraiser in Bozeman next week hosted by a couple who appear to have expressed support for the QAnon conspiracy theory on social media, according to a source familiar with the event.

The couple, Caryn and Michael Borland, have several social media accounts found by CNN that reveal they shared memes and retweeted posts from QAnon accounts and follow several QAnon accounts.

The Associated Press first reported details of the fundraiser, which will take place in Montana on Monday.

CNN has reached out to the Trump campaign, the vice president's office and Caryn Borland for comment.

Followers of QAnon believe there is a "deep state" within the US government that is controlled by a cabal of Satan-worshiping pedophiles. According to the conspiracy, the cabal is largely run by Democratic politicians and liberal celebrities -- and Trump is trying to take them down.

The movement has a violent underpinning: Followers of QAnon say they are preparing "digital soldiers" for an apocalyptic reckoning, when thousands of "deep state" pedophiles will be arrested and prosecuted at military courts at Guantanamo Bay. These trials will be followed by executions, they say.

The group has been labeled a potential domestic terrorist threat by the FBI.

Pence previously told CBS in August: "I don't know anything about QAnon, and I dismiss it out of hand."

However, President Donald Trump has offered an embrace of QAnon, praising its followers for supporting him and shrugging off its outlandish conspiracies.

"I don't know much about the movement other than I understand they like me very much, which I appreciate," Trump previously said in the White House briefing room.