In MT’s US House race, Democrat Williams has most money from Montana donors

Republican Rosendale getting more money from out of state
Posted: 4:53 PM, Oct 23, 2019
By: Mike Dennison 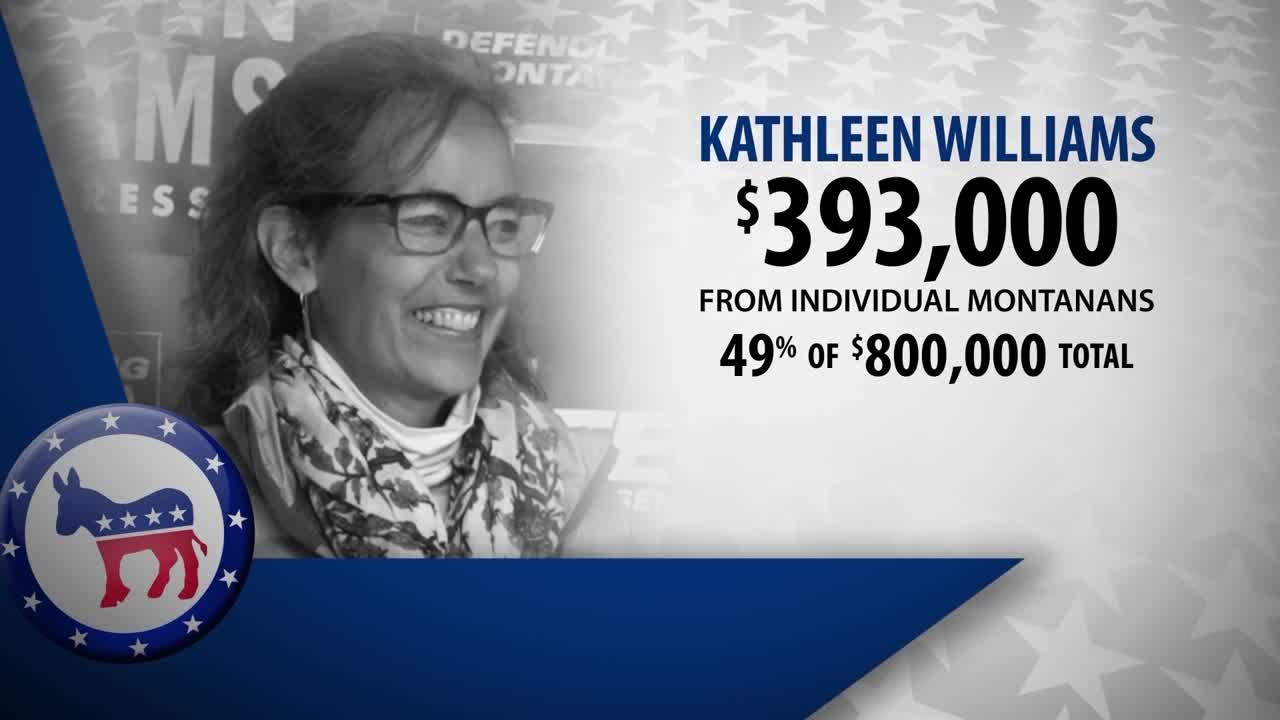 In MT’s US House race, Democrat Williams has most money from Montana donors 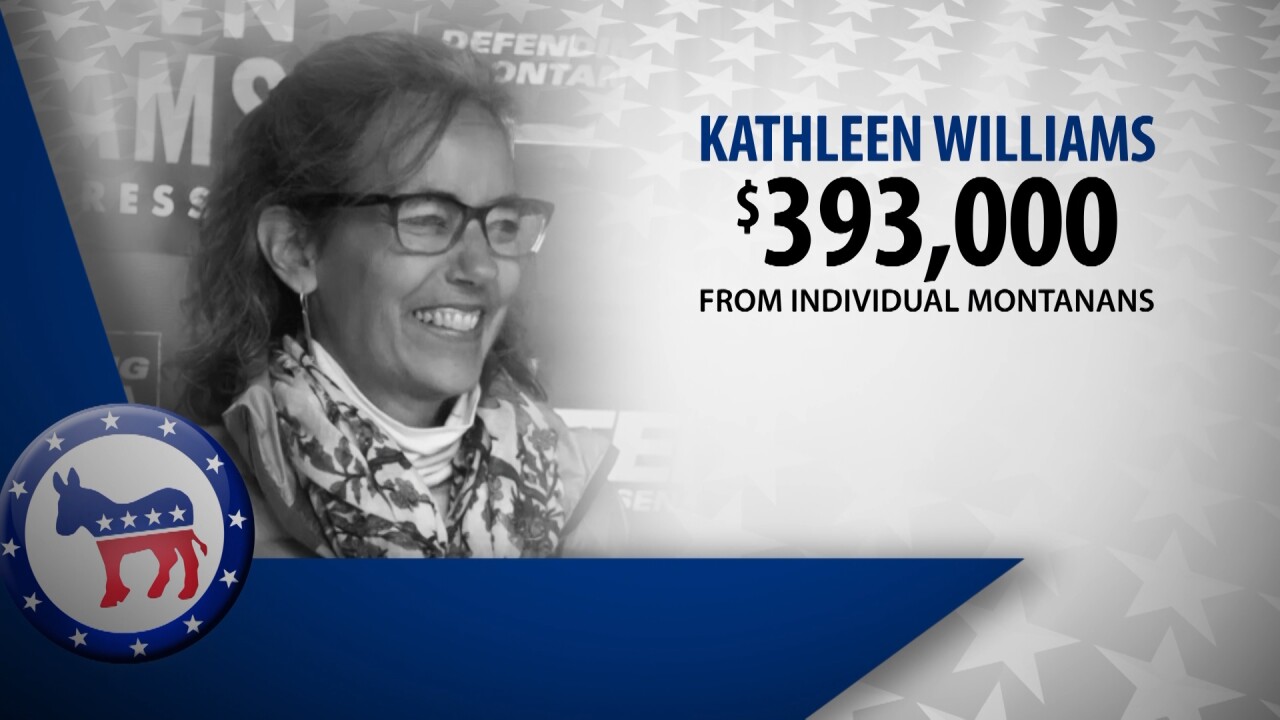 In Montana’s crowded U.S. House race, the two fundraising leaders have similar war-chests, dollar-wise – but one of the candidates is getting a lot more money from Montanans.

Democrat Kathleen Williams, a former state lawmaker from Bozeman, has raised at least half her $800,000 total from individual Montanans, according to an MTN News analysis – and, probably a lot more.

The leading Republican, state Auditor Matt Rosendale, isn’t far behind Williams on total fundraising. But he’s getting most of his campaign cash from outside the state.

MTN’s analysis of fundraising through Sept. 30 show that Rosendale raised at least $120,500 from individual Montanans, or 18 percent of his total donations of about $650,000.

More than a third of that money -- $234,000, or 36 percent – came from donors in three states: California, Florida and Texas. Rosendale listed donors from all 50 states and the District of Columbia.

Rosendale and Williams are among eight candidates running for Montana’s sole U.S. House seat in 2020. The seat is open, because incumbent Republican Rep. Greg Gianforte is running for governor.

The two fundraising leaders for the House both ran for statewide office last year and lost, in relatively close races.

They also have something else in common, when it comes to fundraising: They’re both using national networks to collect donations from across the country.

Rosendale is being aided by the Club for Growth, a free-market group that has endorsed him and helped his 2018 U.S. Senate campaign, and the House Freedom Fund. His reports show that $151,000 of his funds, or 23 percent of his donations, have been directed his way the two groups.

Here’s a further look at fundraising details for candidates in the U.S. House:

Rosendale: While Rosendale had $120,500 from Montanans who had to list their address, he likely has some additional Montana donors among his “non-itemized” donations of $36,000. Donors who give less than $200 don’t have to be identified by name or address.

“I’m in this race to work for the people of Montana and I’ll continue my fight to provide affordable health care to families, take on the pharmaceutical industry to lower drug costs and bring fiscal discipline to Washington, D.C.,” Rosendale said Wednesday.

Williams: In addition to her $393,000 from Montanans, Williams also raised $234,000 from “non-itemized” donors. Her campaign said most of these small-amount donors are from Montana, pushing her Montana total to well over half of her receipts.

“It’s clear that Montanans of all stripes are supporting Kathleen because they know she is going to be an independent voice in Congress and will put the people of Montana before special interests,” a campaign spokesman said Wednesday.

Democrat Tom Winter: The state representative from Missoula has raised the third-most of any candidate, at $197,000, but only about 15 percent came from Montanans – at least $23,000. Winter, originally from Kansas City, Missouri, raised about one-fourth of his money -- $46,500 – from residents of Kansas and Missouri.

Republican Corey Stapleton: About 80 percent of Stapleton’s $122,000 has come from Montana donors. Stapleton is the Montana secretary of state.

Democrat Matt Rains: Most of the Simms rancher’s $36,000 in campaign funds have come from Montanans, including a $5,000 loan from himself. He had about $4,200 in donations from four other states.

Republican Debra Lamm: About 80 percent of her $35,000, including a $2,800 loan from herself, came from Montanans. Lamm is a former chair of the Montana Republican Party.

Republican Joe Dooling: Nearly all of the Helena farmer/rancher’s $14,300 in donations is from Montanans or former Montanans.

Republican Tim Johnson: The Corvallis schools superintendent did not file a fundraising report, which are not required if you spend less than $5,000.