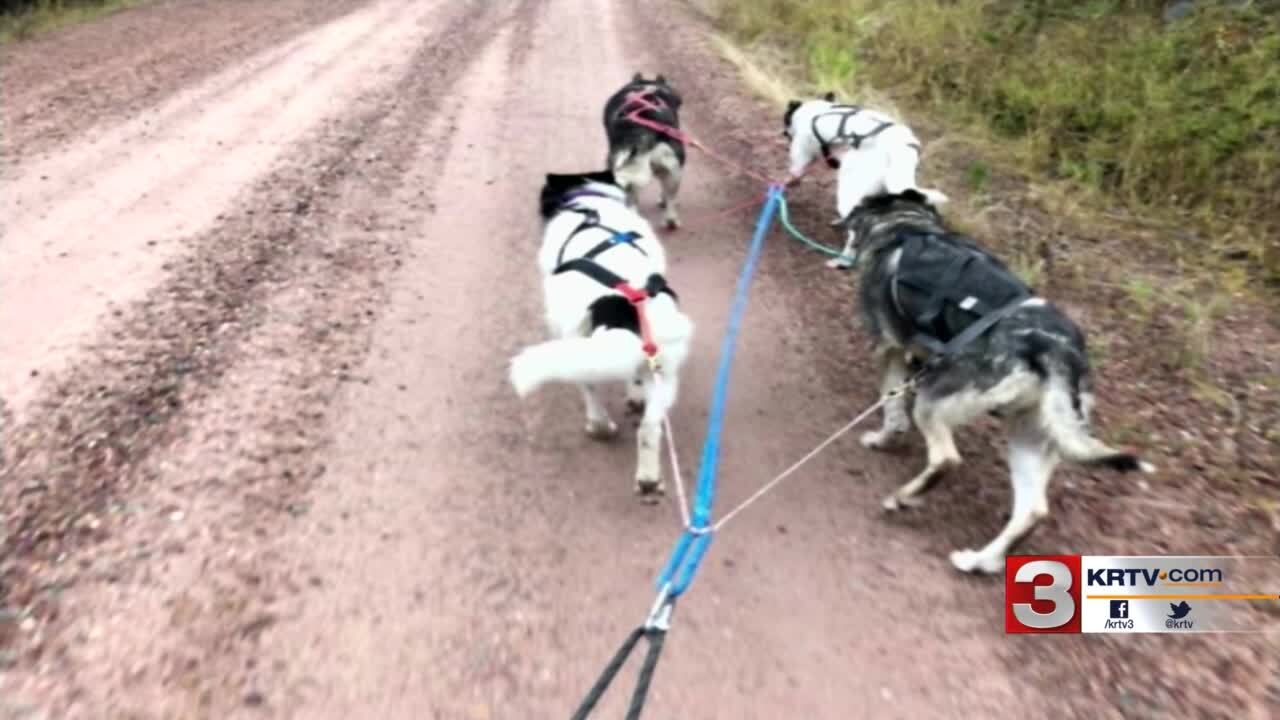 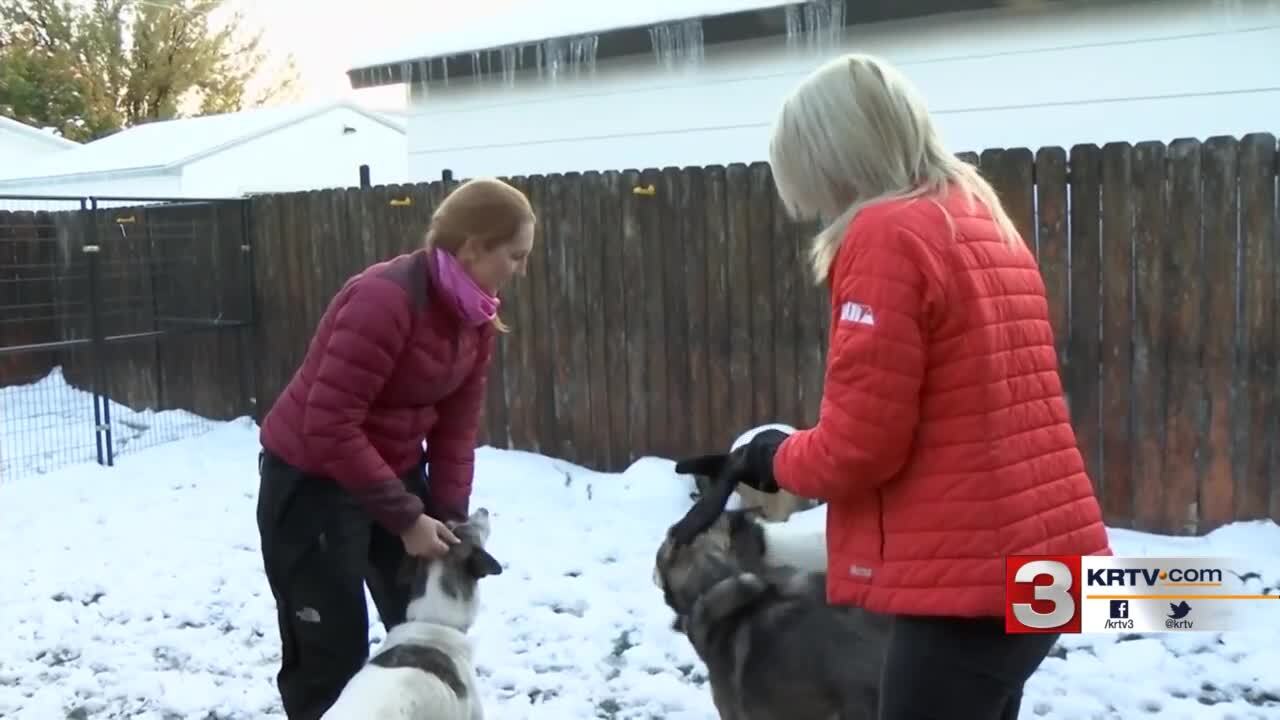 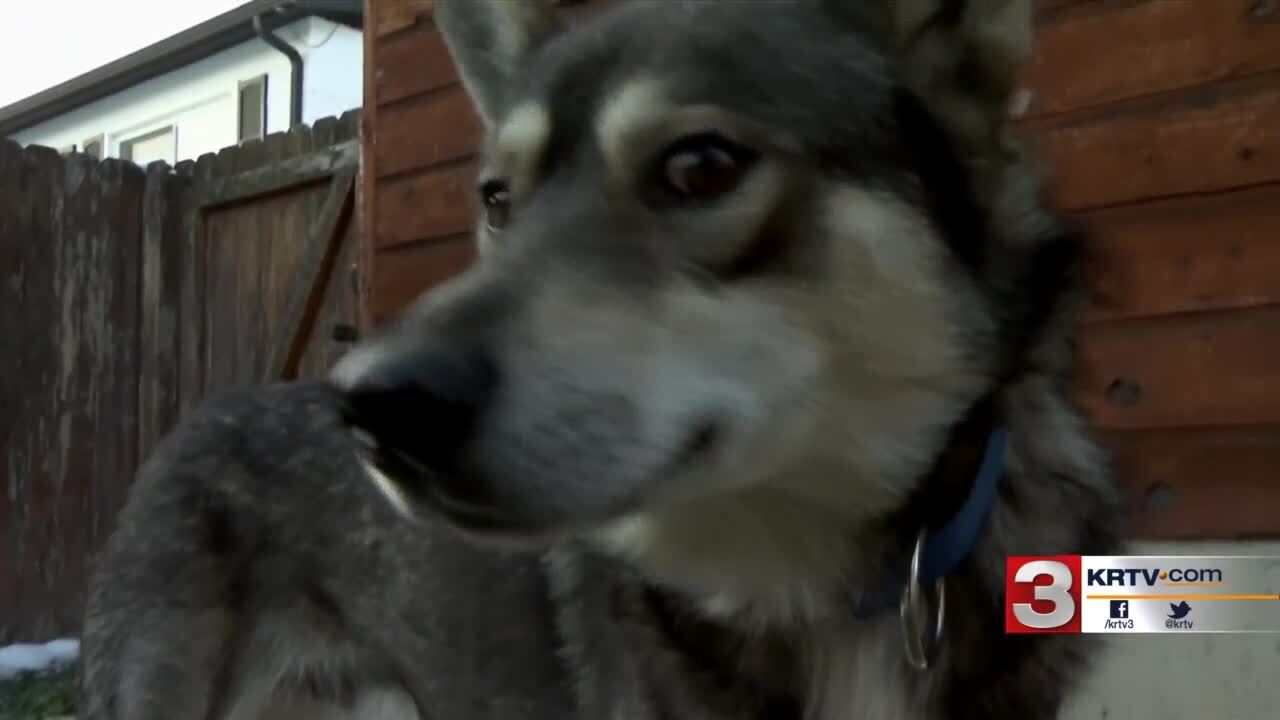 Something you don't expect to see out your car window - a loose sled dog team. But for some Billings residents, that was the sight on Wednesday night.

“Last night, I had all four dogs out with my sled, and we were going really well. It was going great, and part of the reason we do a lot of these early runs is just for training. We work on our gee and ha, which is left and right,” dog owner Jen Mignard of Billings said.

Mignard was practicing for a mushing competition at Norm's Island in south Billings when she tipped and was left behind. She explained in a Facebook post : "My sled dog team dumped me at Norm’s Island and took off toward S. Billings Blvd. They are hard to miss - 4 dogs attached to a dog sled with a bright red bag."

They did not: “I was very frightened, not knowing which way my dogs had gone,” Mignard said.

She contacted neighbors for help, and posted on the Facebook group, Lost/ Found Pets of Billings.

“People are going to notice four dogs on a sled, going anywhere, and they did, right away. I had messages immediately,” Mignard said.

Mignard got a call from a neighbor saying that Officer David Firebaugh had spotted the team headed toward Riverfront Park. He and another officer attempted to stop the canines.

“They led the police on a bit of a slow-speed chase,” Mignard said.

Knowing her dogs were safe, Mignard was able to laugh at the situation, and she wasn’t the only one. “Everybody was able to bond, and he made a comment that this was definitely one for the books,” Mignard said.

Mignard was able to pick the dogs up from Yellowstone Valley Animal Shelter the next day.