Day’s relatives were overwhelmed by the support. 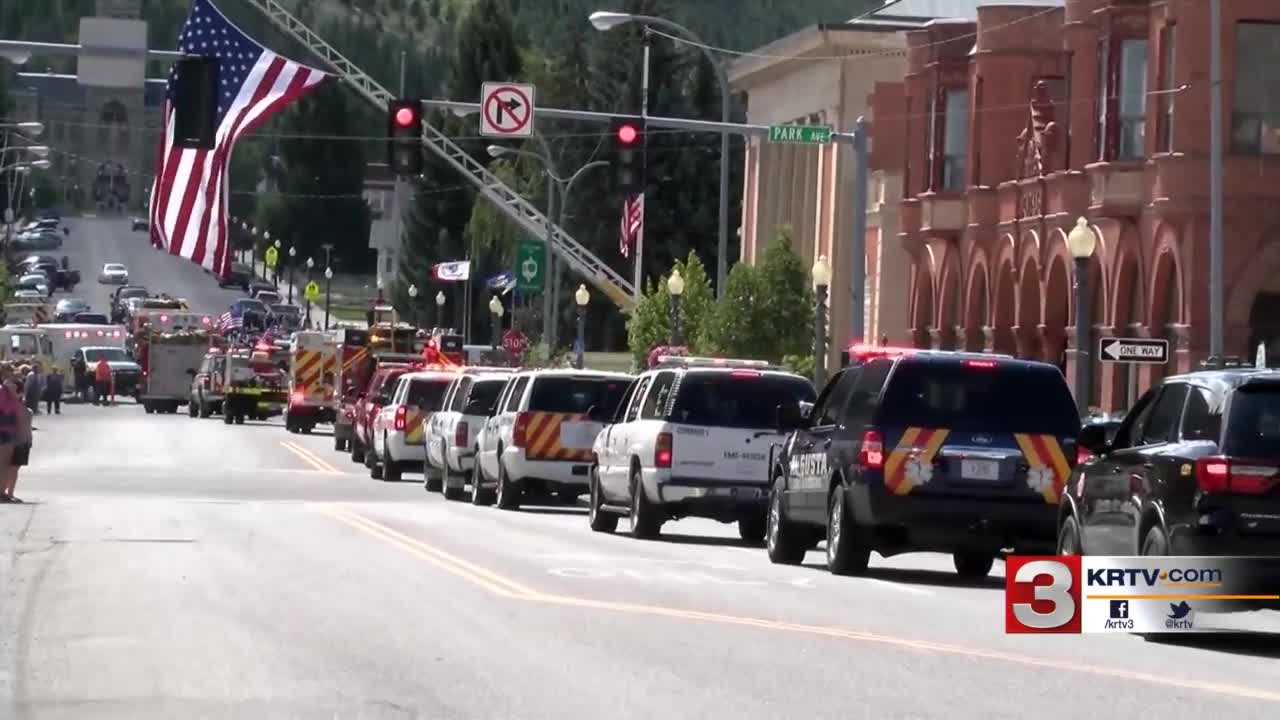 The procession on Sunday stretched for more than a mile as teams of first responders from all over the state drove into Anaconda in honor of DaryLynne Day, an emergency medical technician who died in the line of duty.

She was working for Powell County Ambulance Service when she died last week while working at a demolition derby; one of the cars got pushed out of the arena and hit her.

Day’s relatives were overwhelmed by the support.

“To see them come out in droves like this for her, we’re just so humbled,” said Day’s aunt Trish Dye.

Her cousin Jerry Moses added, “Oh, it’s overwhelming, the reaction of the people, the EMT people, they’re special anyway, and really showed a love that won’t be forgotten.”

Day was killed on Aug. 18 when she was hit by a car that lost control participating in a demolition derby and injured several spectators during the Tri-County Fair in Deer Lodge. Day is remembered for her dedication to her job and community.

“DaryLynne has been such a big part of Deer Lodge and Anaconda for all the roles that she’s played. The different arenas she’s worked at, she’s worked at the state hospital, she worked with underage, underprivileged people,” said Dye.

The procession traveled from Deer Lodge to Anaconda and ended at the Washoe Theater where a funeral service was held.

“She was a sweetheart. She cared, she loved people, she loved doing what she did,” said Moses.

Day is survived by her husband and two children. She was 36.