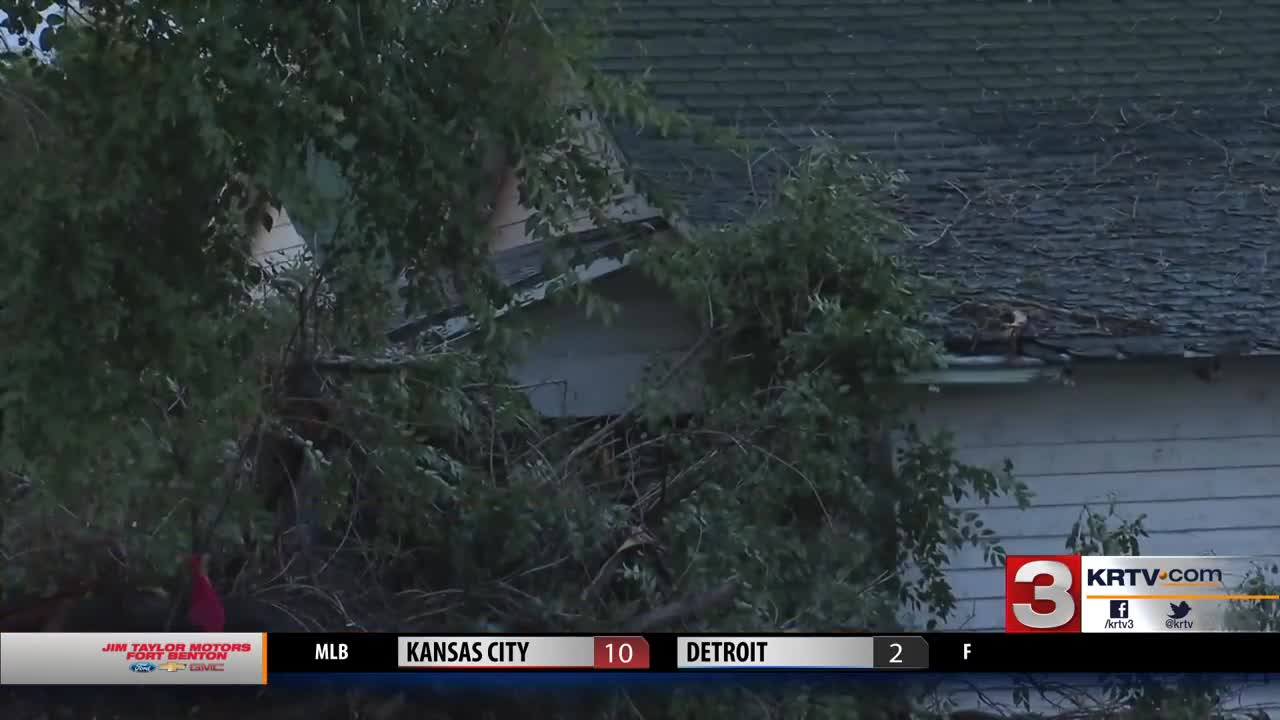 Storms hit several parts of Montana over the weekend.

BILLINGS — A hailstorm that ripped through the Yellowstone Valley Sunday night brought 0.53 inches of rain, flooded streets, and downed power lines in Billings.

The storm, which started around 7 p.m., lasted about an hour.

Streets in Billings became flooded as storm drains struggled to keep up with the deluge.

The STORMTracker Weather Center recorded wind gusts associated with the storm between 56-71 miles per hour.

Winds knocked over several trees and power lines. Some houses were damaged from the fallen limbs.

Hail stones measuring between pea and tennis ball-size were found in the aftermath.

Parts of southeastern Montana, Wyoming, and South Dakota were also under a Tornado Watch Sunday.