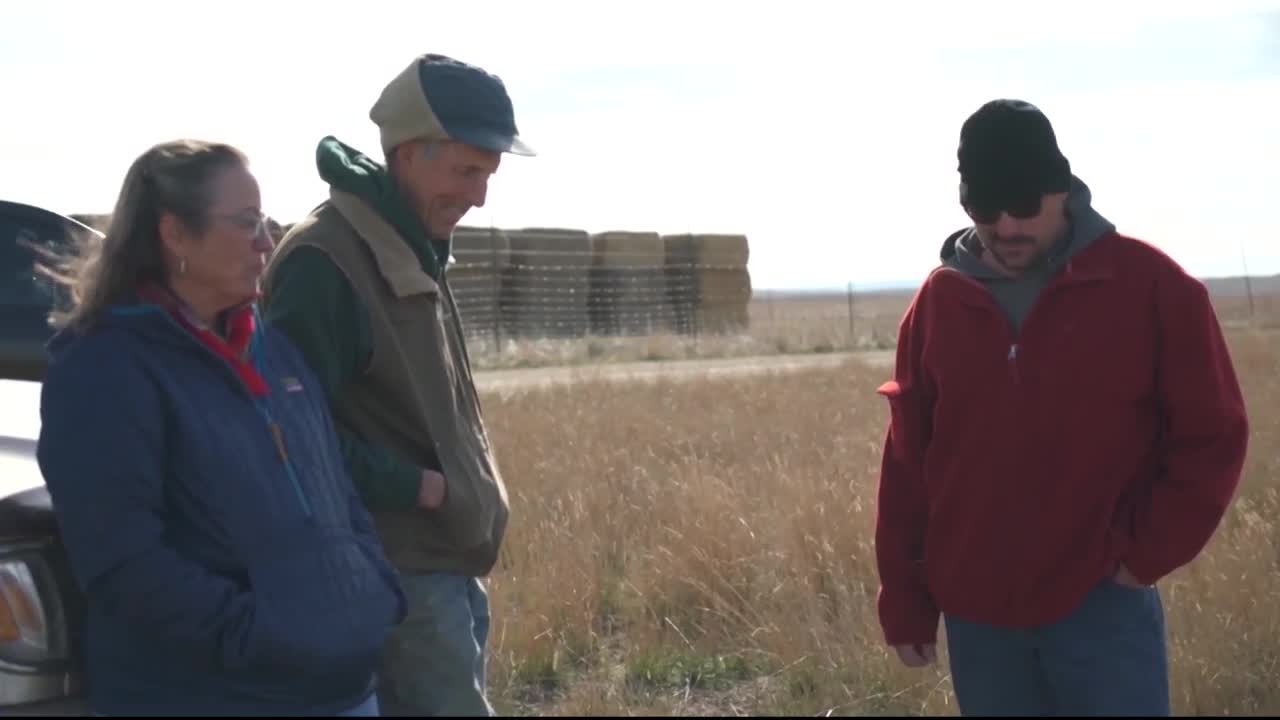 During the Montana Farm Bureau convention last week in Billings, the Milton Ranch of Roundup, owned by Bill and Dana Milton, was selected as the recipient of the inaugural Montana Leopold Conservation Award. They were presented with $10,000 and a crystal award.

Given in honor of renowned conservationist Aldo Leopold, the award recognizes farmers and foresters who inspire others with their dedication to land, water and wildlife habitat management on private, working land.

In his influential 1949 book “A Sand County Almanac”, Leopold called for an ethical relationship between people and the land they owned and managed. Bill Milton still remembers the first time he read the book.

“When I read it as a college student in my 20s, it was kind of like, 'wow, this this is kind of laying down the groundwork of how we need to relate to taking care of our place,'” Milton recalled.

The Miltons raise Angus cattle on 15,000 acres of sagebrush plains. They have refined their conservation efforts since receiving the Montana Land Reliance Conservation Award in 1993. Their pastures are intensively grazed for a short amount of time, before allowing native plants to recover and go to seed. They have successfully advocated for holistic grazing techniques on federal lands.

“To be able to connect through Leopold with our work here in Montana and to demonstrate that we have the ability out here in rural America to really take care of things is important,” said Milton. “This award is a way to demonstrate how we're doing that and to show it to other people. I think that's the key to rural America making the case.”

The Miltons said their goals of improving their natural resources, land and livestock have been a shared effort.

“This award really is a shared kind of appreciation,” Milton said with a smile. “For a ranch to work in Rural America it really needs a big, big community. That has been fueling our work for a long, long time. And this award the only will just keep showing it.”

He had this message for his fellow farmers or ranchers.

“Tell your story,” Milton said. “Don't be afraid of the science of what you're doing on your ground if we're going to earn the trust of the public. So, when someone in New York gets up and says, 'you know, what do you hear about those Central Montana ranchers? They are kicking butt out there and they're taking care of business or raising great cows and land looks wonderful.' To do that, we have to be prepared to be totally transparent with what we're doing out there and capture in a way that can be understood. That's credible. That's believable. And figuring out how to do that is to challenge. But actually, we're working on some project in Central Montana on how to do that.”