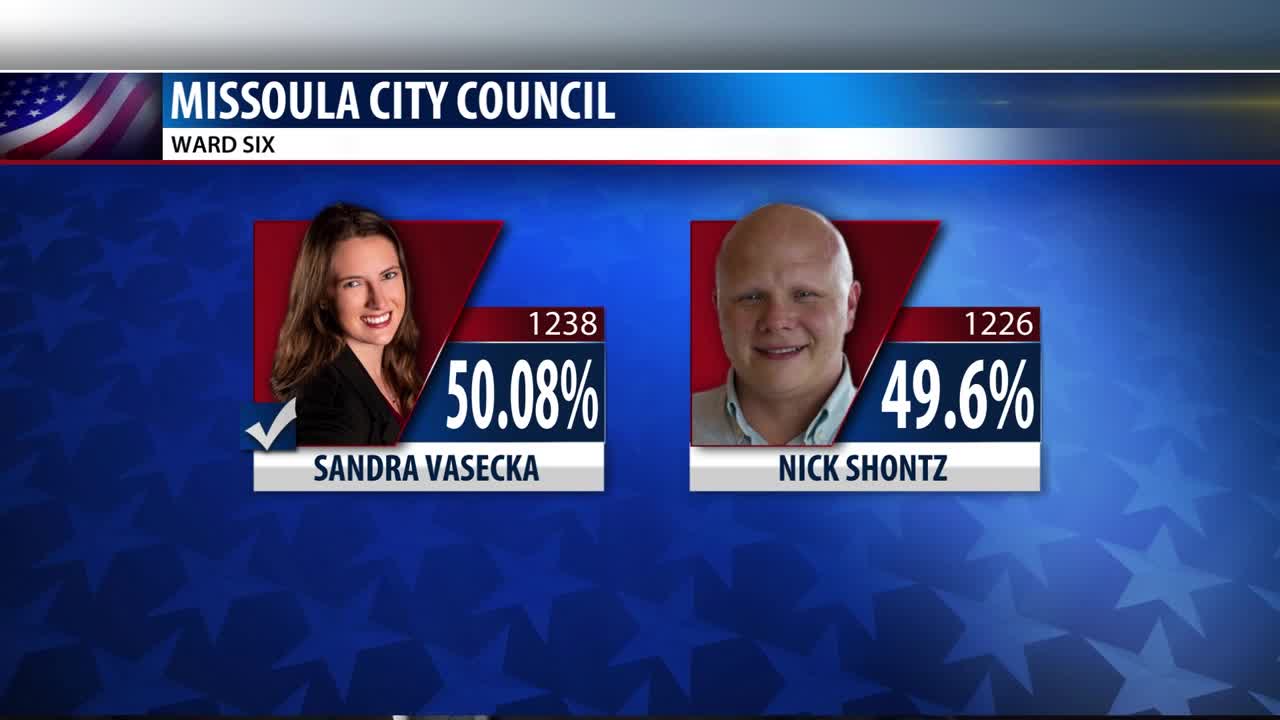 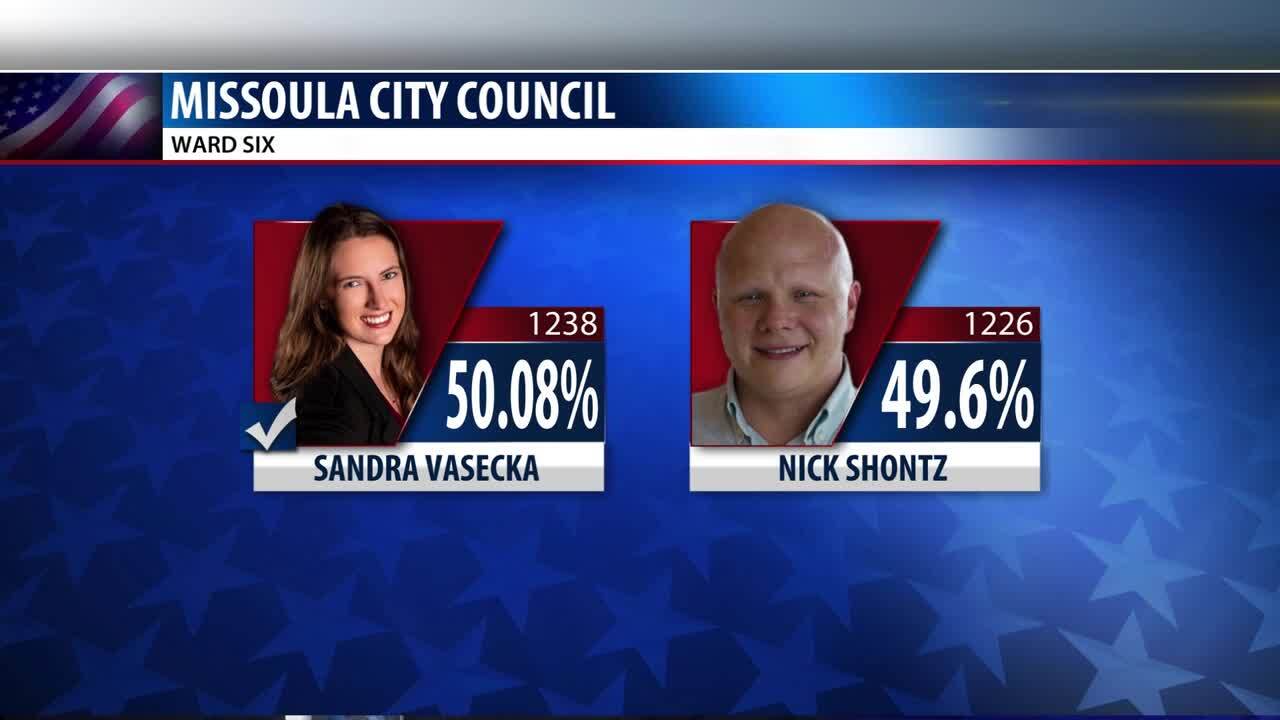 It's going to be a long weekend for two Missoula City Council candidates, as they wait to find out whether they'll win or lose, or whether there could be a recount in that incredibly tight Ward 6 race .

Sandra Vaseka is out in front of Nick Shonz by a mere 12 ballots after Tuesday's voting in the Missoula City Council races. That's a fraction less than .005%, and within the margin where there could be an automatic recount. There are a handful of rejected ballots where a question delayed tabulation.

Since Missoula County won't resolve and count those ballots until this coming Tuesday, both Vaseka and Shonz -- as well as their supporters -- must wait to find out what's next.

Shonz told MTN News on Thursday that he'll wait to decide whether to pay for a recount if the race isn't tight enough for an automatic recount at that point.