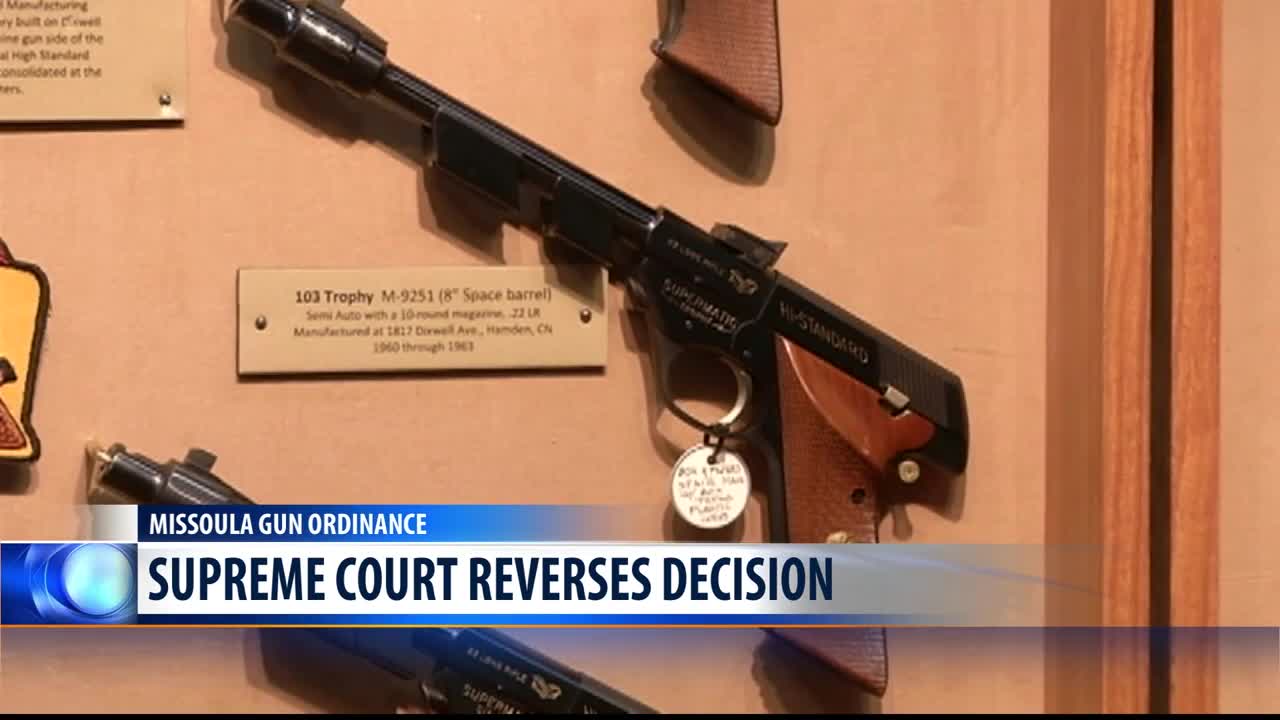 The Montana Supreme Court on Tuesday reversed the decision of a lower court upholding a 2016 ordinance adopted by the city of Missoula requiring background checks on all gun sales and transfers in city limits.

In a 5-0 vote, the high court sided with Montana Attorney General Tim Fox, a Republican, who voided the City Council’s ordinance in 2017. In doing so, Fox argued that the city was prohibited by state law from enforcing local regulations requiring background checks on firearm sales or transfers within its borders.

“As the District Court noted, the powers of self-governing local governments must be liberally construed, but this presumption cannot override specific legislative preemption, as here,” Justice Jim Rice wrote for the majority. “The expressed statutory prohibition upon cities … is a limitation on Missoula’s self-governing powers.”

City officials were disappointed by Tuesday’s ruling, saying it would put lives at risk.

“I’m concerned with the ultimate decision and deeply disappointed,” said City Council President Bryan von Lossberg, who spearheaded the ordinance in 2016 on a wave of wide community support. “Background checks are a proven policy mechanism for saving lives. It’s displaying that we won’t have the opportunity to deploy that here.”

After a long and contentious debate that spanned more than a year, the City Council voted 8-4 in September 2016 to approve the local ordinance.

Fox voided the ordinance the next year, saying it was illegal under state law.

That set up a showdown in District Court, where Judge Robert “Dusty” Deschamps sided with the city, writing that “a self-governing municipality, like the city of Missoula, has the power to enact city ordinances so long as the ordinance is not expressly preempted or in conflict with state law.”

In its own decision on Tuesday, the state Supreme Court found the Missoula ordinance in conflict with existing state laws. It reversed the lower court’s decision, saying the city ordinance went too far in its objective to prevent convicted felons, minors and the mentally incompetent from obtaining a gun.

“As the ordinance offers, (the city’s) background check requirements for firearm transactions is intended to be a ‘prevention mechanism to serve as a deterrent’ for the possession of firearms,” the high court wrote.

“Under such a rationale, virtually any kind of regulation could be justified as being a ‘deterrent’.”

“It really highlights the dangerous and unfortunate aspects of preemption law, that prevents us from using a policy that’s overwhelmingly supported in the public,” he said. “It’s a proven policy tool to save lives, but due to the preemption language, we’re not going to be able to do that, and hence we won’t be able to save the lives that we could.”