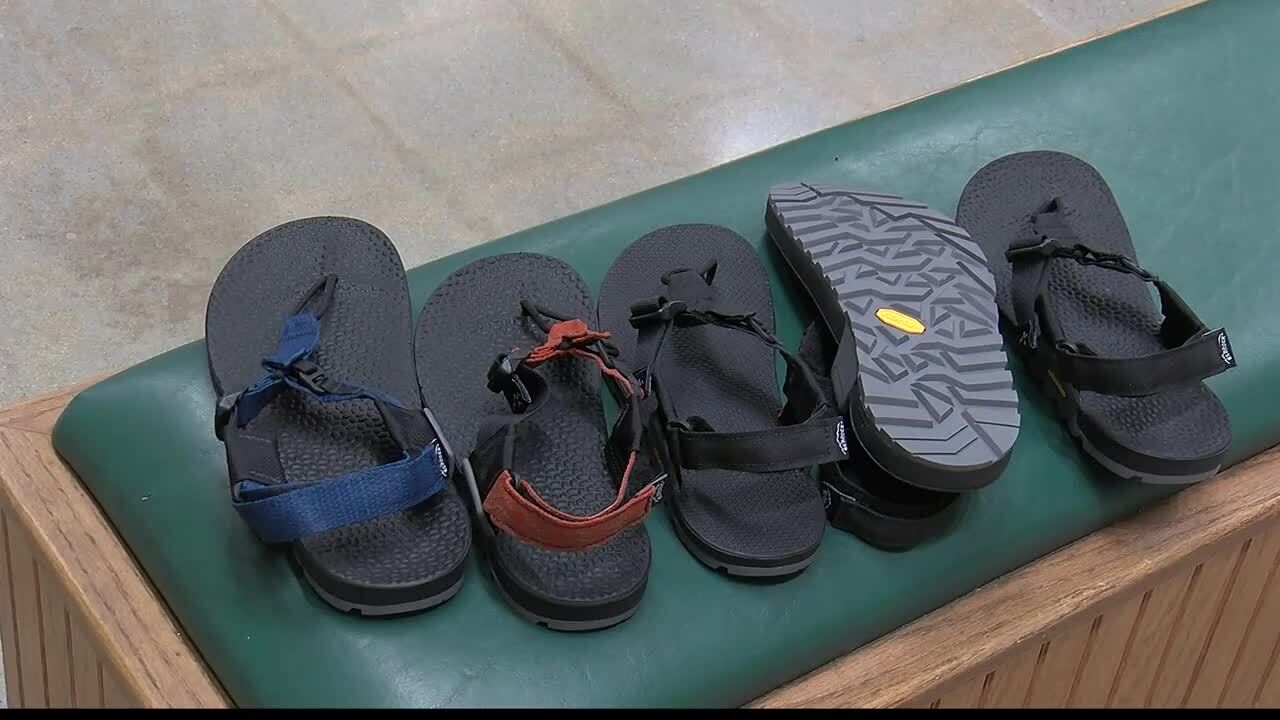 A San Francisco-based shoe company recently announced a move to Missoula as Bedrock Sandals is relocating its headquarters to the Garden City.

Bedrock Sandals is a so-called adventure foot-ware company, creating sandals for the outdoorsman. The company has been in the process of moving its headquarters, a flagship store, and a warehouse to Missoula for about a year now.

“They're here to celebrate our public access to open lands and rivers, and they're excited to engage in the community and be a part of it,” explained Missoula Economic Partnership CEP Grant Kier.

Currently based in the Bay Area, the company’s founders were looking for a place with more affordable living, and four seasons to test the product.

“Spring summer winter fall, people are wearing their chacos, flip flops -- what have you. Their sandals are on their feet a lot of the times 12 months out of the year,” he told MTN News.

If you like to rock sandals with socks, one of the perks is easy adjust straps. It’s your basic river shoe, and can already be found at some locations here in Missoula.

Salayi says the Trail Head has stocked the product for about a year, and river guides are buying them up, “oh, it fits right in. They are not wrong moving their manufacturing here, we are sandle mad people.”

He also says Missoula has a shop local mentality, “I think it’s pretty cool to have something on your foot and say this is made in my hometown.”

The Missoula Economic Partnership says Bedrock will bring in about 10 jobs in the first year.

“What we're excited about is, this is a company that has grown a lot in the past year, they’ve got some big new contracts,” Kier said. “And we know they are developing new products right now, so we’re excited to see where they go from here once they come to Montana.”

The location is still being finalized, but will probably be downtown, near the Clark Fork River. The team will make the move in early 2020 and the shoes will be distributed by Missoula-based company Big Sky Fulfillment .