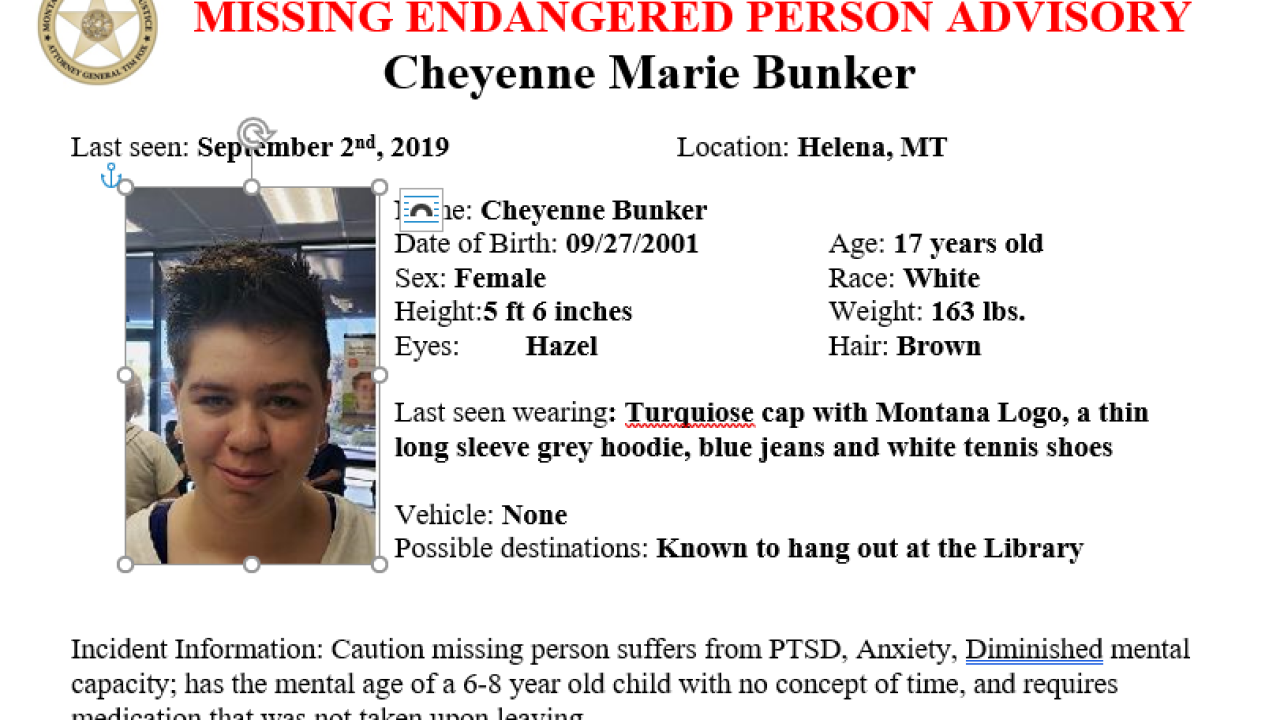 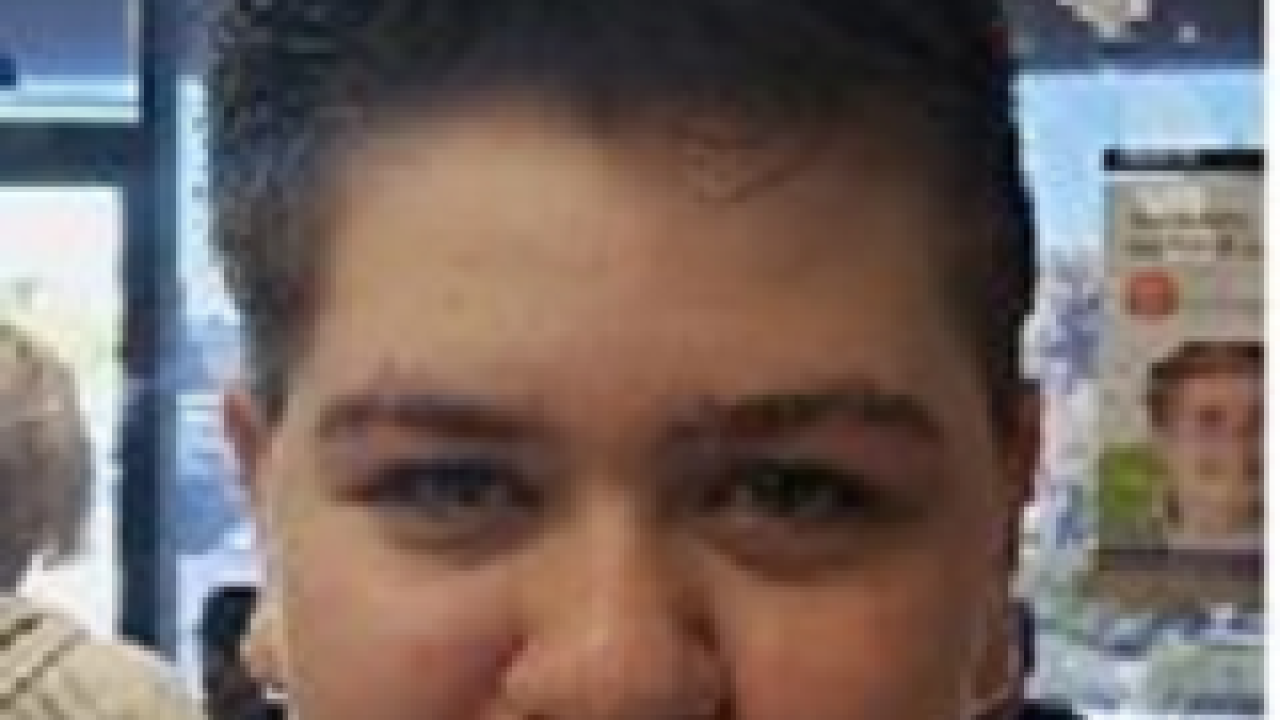 UPDATE: At 3:33 p.m. Monday, the Helena Police Department canceled the Missing Endangered Person Advisory. Cheyenne has been located and is safe.

According to the advisory, Cheyenne Bunker was last seen when she left for the Lewis and Clark Library.

Authorities say Bunker is medication dependent and left her home without her medication. They also say she has a mental age between six and eight years old and has no concept of time.

Bunker is white, 5'6" tall and weighs around 163 lbs. She was wearing a turquoise hat with a Montana logo, a thin grey long sleeve hoodie, blue jeans and white tennis shoes.