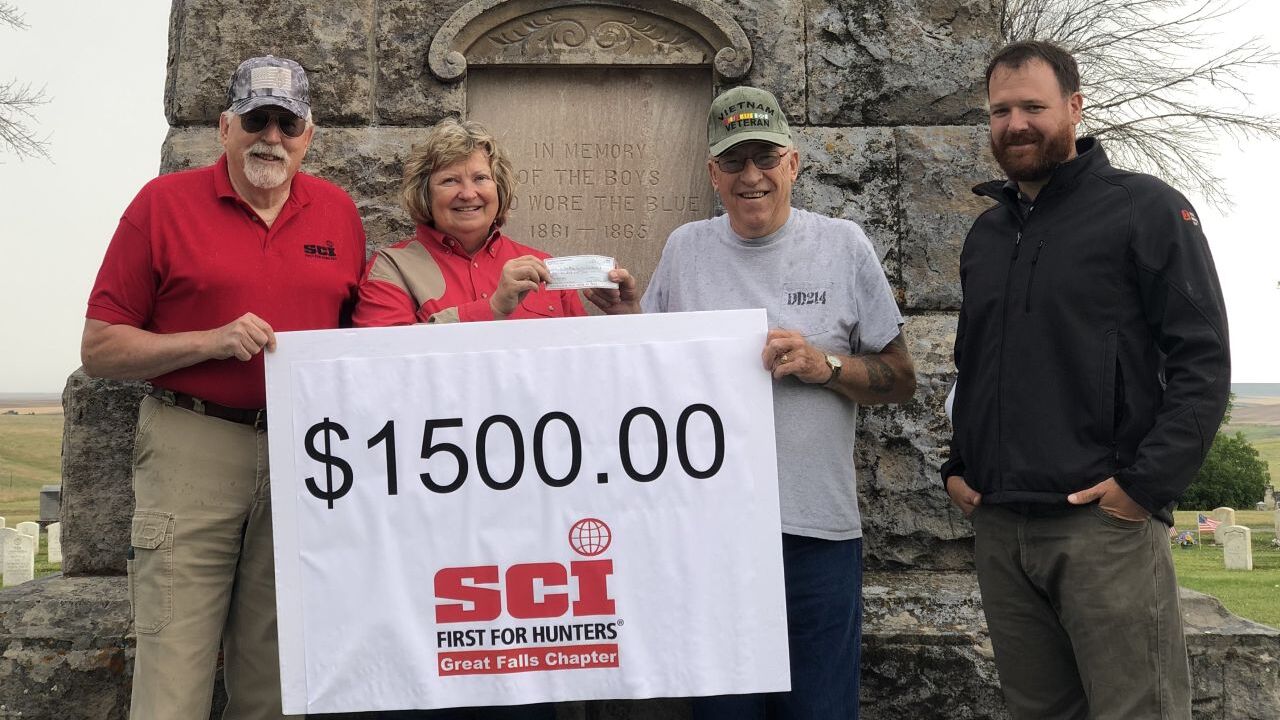 Since 2014, Jim Porter has advocated for improvements to the flag displays in Highland Cemetery - out of respect for the men and women of service laid to rest there. Thanks to the generosity of Scheels and the Great Falls chapter of Safari Club International (SCI), three new flags wave over the fallen veterans.

“Most any of these men and women that are buried here - the fighting didn’t stop when the sun went down. For that reason, I feel they should be under that flag 24 hours a day,” Porter said.

Porter began campaigning for improvements six years prior, asking for funds to put lights on the flag poles. Shortly after, he found himself alone in his fundraising efforts.

“Once we got the lights, the other people that were kinda on this committee with me kinda just dropped away and somebody had to keep it going and I did. And fortunately... it has paid off, because it’s just about done now. Just about,” Porter said.

Patty Ehrhardt, the banquet chair of the Great Falls SCI Chapter, said that humanitarian projects like this are key to SCI’s mission. “It’s as much about the community as not. In the past 20 years, we’ve put in 1.5 million dollars back into this community and the area. So it’s part of what we do. it’s not all about hunting. It’s about the people, the community, and the hunting,” Ehrhardt said.

She added that many SCI members are also veterans. So, when Porter reached out for aid a second time, they were more than willing to help. "Last year, Jim Porter actually approached us and at the time he was actually looking for flag poles. So we partnered with Scheels and we did a big raffle at our march banquet and last year we donated $1500 to the flag poles. So this year, he approached us asking if we would help buy flags for the cemetery here,” Ehrhardt said.

With the help of Scheels, SCI gifted Porter the $1,500 he’d need to purchase flags and have savings for replacement flags in the future.

“This will go in the bank, and before I let this go to someone else I wanted to make sure that there’s money enough in the bank that somebody down the road is not gonna have to worry about where to get money for the flags,” Porter said.

“It’s plain to me that Safari Club International is not just about hunting. It’s about conservation and community. Very much so,” Porter said.