Soldier from Billings dies in Iraq 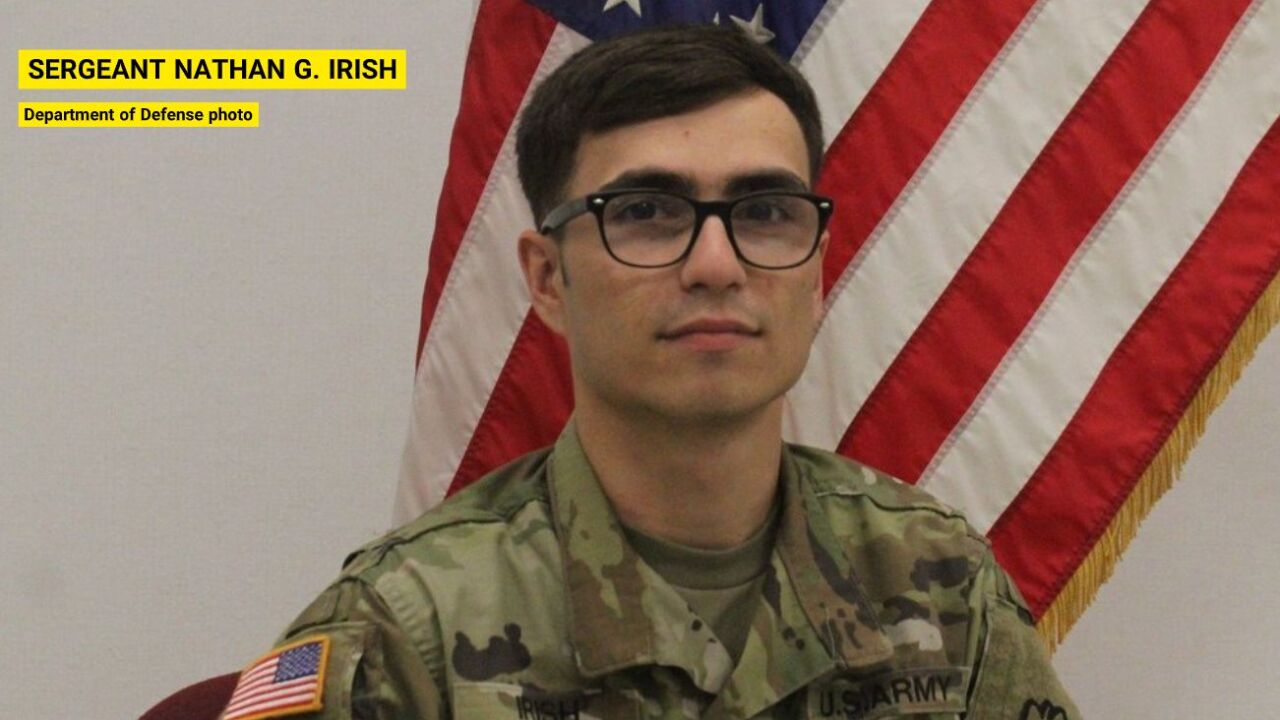 The Department of Defense announced on Wednesday the death of a U.S. Army soldier from Billings who was supporting Operation Inherent Resolve.

Sergeant Nathan G. Irish of Billings died on Sunday, October 27, of a non-combat related incident at Camp Taji in Iraq. According to the Army Times, sometimes Camp Taji is sometimes called Camp Cooke, and is in the Baghdad Governorate.

Irish was 23 years old, according to a news release from DoD. According to Irish's Facebook page, he was a graduate of Billings Senior High School.

Montana Governor Steve Bullock said in a news release: “Lisa and I are heartbroken over the loss of Sgt. Nathan Irish. As a state and nation, we ask our brave soldiers and their families to sacrifice so much to keep our nation and communities safe. We send our condolences to Sgt. Irish’s loved ones during this difficult time.”

No other details have been released at this point, and his death is still being investigated.

We will update you if we get more details.