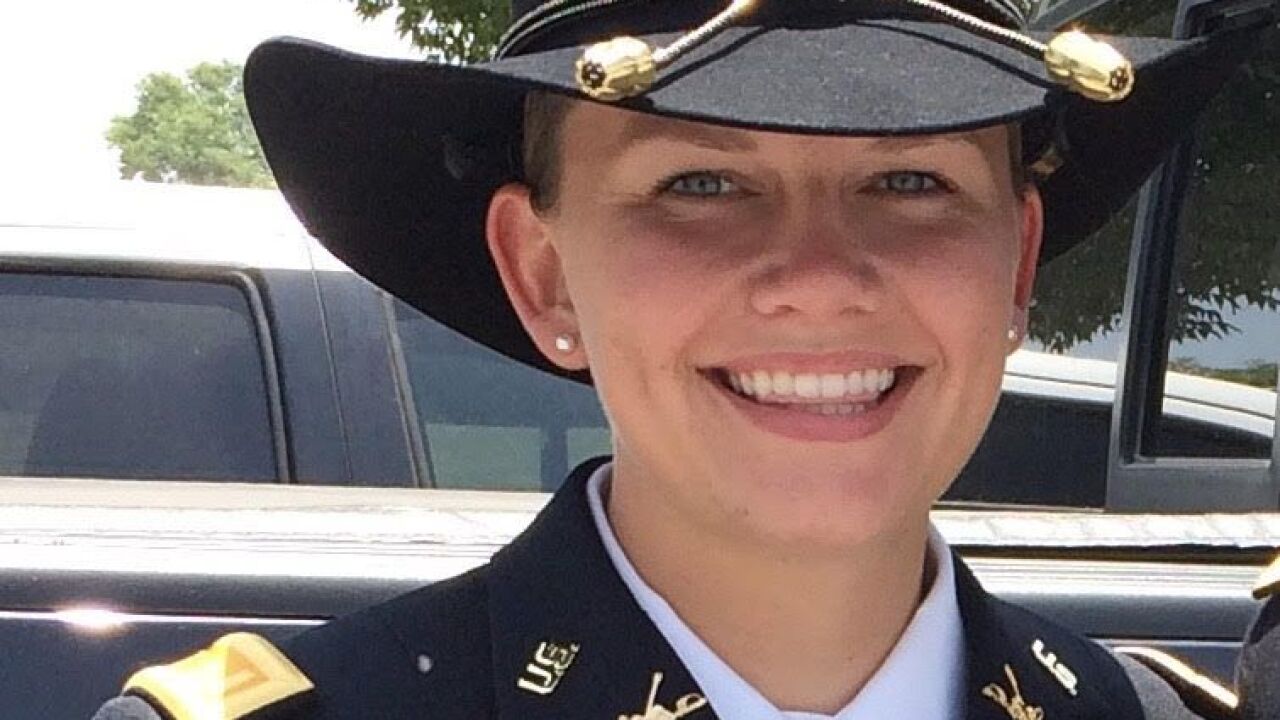 Second Lieutenant Jenna Schaack recently graduated from the United States Armor School in Fort Benning, Georgia, and is now the first female Armor Officer in the history of the Montana Army National Guard.

After graduating in June, Schaack was assigned as a Platoon Leader with C Company, 1-163rd Combined Arms Battalion in Great Falls.

Historically, women were not allowed to hold positions in combat units. As of January 2016, all military occupational specialties are open to women, per a Secretary of Defense policy change.

In a press release from the Guard, Schaack said, "During my freshman year, I joined the Reserve Officer Training Corps at Montana State University. I enlisted in the Montana Army National Guard the following January. At the time, I was studying to become a nurse. I wanted to help people and I knew that enlisting would allow me to do so, while also giving me experience that would be hard to find anywhere else. As a bonus, the National Guard would help pay for my school. My dad was a helicopter mechanic in Vietnam, which may explain why he didn't like the idea of me enlisting at first, but he eventually came around to the idea," said Schaack.

Schaack was previously assigned as a Medical Health ROTC cadet, working with Montana Army National Guard physician assistants and nurses, providing medical care to soldiers of the 163rd CAB. She is a native of North Dakota, graduated from MSU with a degree in community health, and lives in Kalispell where she works at Summit Preparatory School as a residential counselor.

"Since I was a teenager I've wanted to serve my country and to take pride in my job and as a Soldier," Schaack explained. "I feel honored to be able to serve as the first female Armor Officer in the Montana Army National Guard. This isn't the last accomplishment that the Army will see from women with similar goals and I look forward to growing in this branch as an officer and learning as much as I can every day to better our team."

Schaack provided some advice for anyone interested in a career as an Armor Officer in the Montana Army National Guard: "I recommend that you do your research. It's important to know what you want to do prior to jumping in and to better yourself as an officer or non-commissioned officer. Armor is a truly amazing branch where you learn to not only drive and shoot a tank, but also learning to adapt to change in extremely stressful situations while commanding your platoon. In this branch you learn real life skills that can be applied in various ways including military and civilian jobs."

"Any eligible Montanan can now serve...in any military occupational specialty that we offer, as LT Schaack has demonstrated," said Major Janel Wiese, the Montana Army National Guard Recruiting and Retention Battalion Commander. "This is exceptionally exciting for us to be able to offer these opportunities to all Montanans."