Female flight crew takes to the sky at Malmstrom AFB 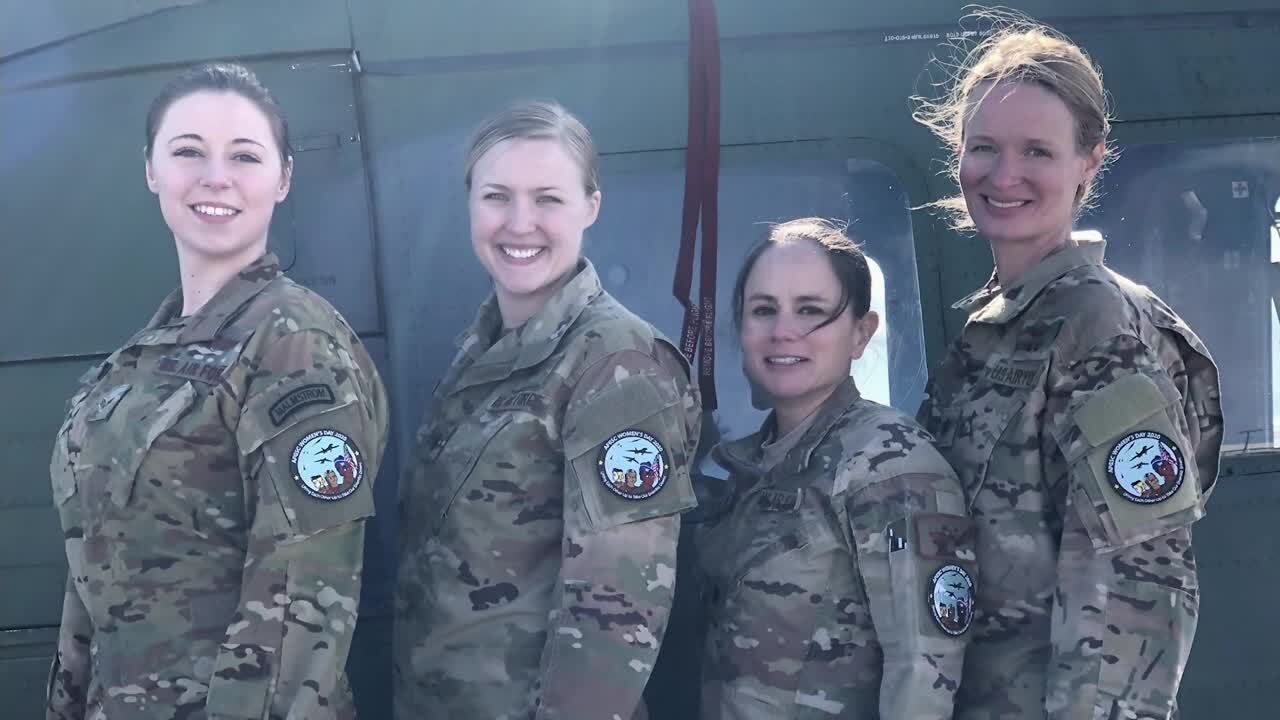 For the first time in Malmstrom Air Force Base’s annual celebration of Women's History Month, the base mobilized a flight crew of four female airmen to visit a nearby missile site.

These women are not only making history this year, but every day with their choice of career.

As one of few women to serve as a helicopter pilot in the Air Force, Lt Col. Tenpenny said a job like hers is rare. “It is unique because there are not a lot of females in the military in general. But in the aviation community and then you kinda take a subset of the Air Force and have an even smaller community of helicopter pilots so once you kinda pare that down, there’s not a lot of females,”

Senior Airman Corinne Smith believes the shortage of female pilots stems from a lack of public awareness. “There’s not too many females in the military anyway. And i'm not sure what the reason is. I think it also might be publicity a little bit. People don’t know that this job exists,” Smith said.

That’s why these four women seized the opportunity to take flight. “I think it’s important to have an all female crew go out because it doesn't happen that often and I think it portrays a really good message to other people who want to be pilots and that we can do it,” said 1LT Audrey Case.

While Dr. Salzman believes jobs are irrespective of gender, she appreciates the equal opportunity to succeed. “It’s just exciting to see that we as a gender are starting to be taken seriously and have the opportunity to excel at our areas of interest,” Salzman said.

These female airmen only hope that those who see them in flight will be encouraged to spread their wings.

“I hope that I can have at least a small impact on other females that either wanna join or are currently joining...be that visible reminder that...There are female pilots. We can do it. We can succeed. And we can move up through the ranks,” Tenpenny said.