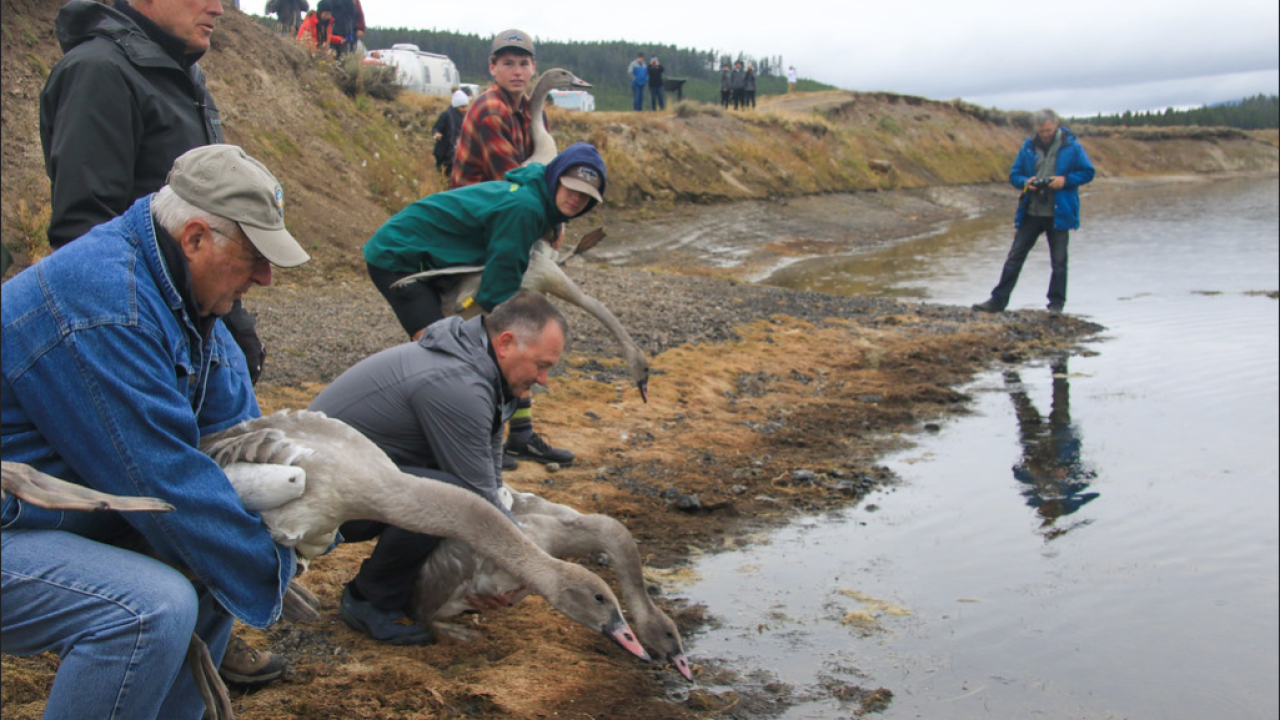 The restoration project was created to increase the population of territorial pairs of swans, which have declined in population in previous decades.

According to Yellowstone National Park, in the 1960s there was a high in the species population at 60 birds and 17 territorial pairs. Those numbers then dropped to just four birds in 2009 and 2010.

Recent releases of the species have since increased the population to over 20 birds and five territorial pairs, including natural reproduction in some years.

Researchers are currently collecting population data including nest success, number of territorial pairs, and the number of Cygnets produced in hopes to determine the reasoning for the birds' decline in population.