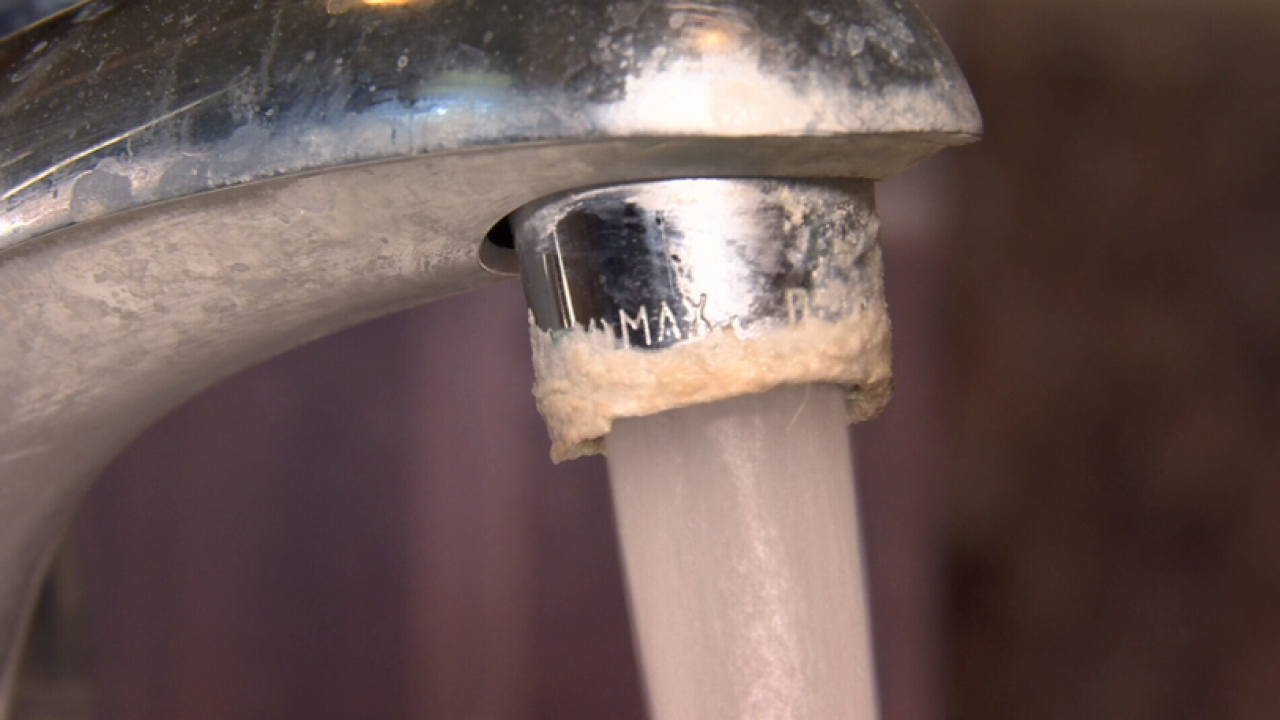 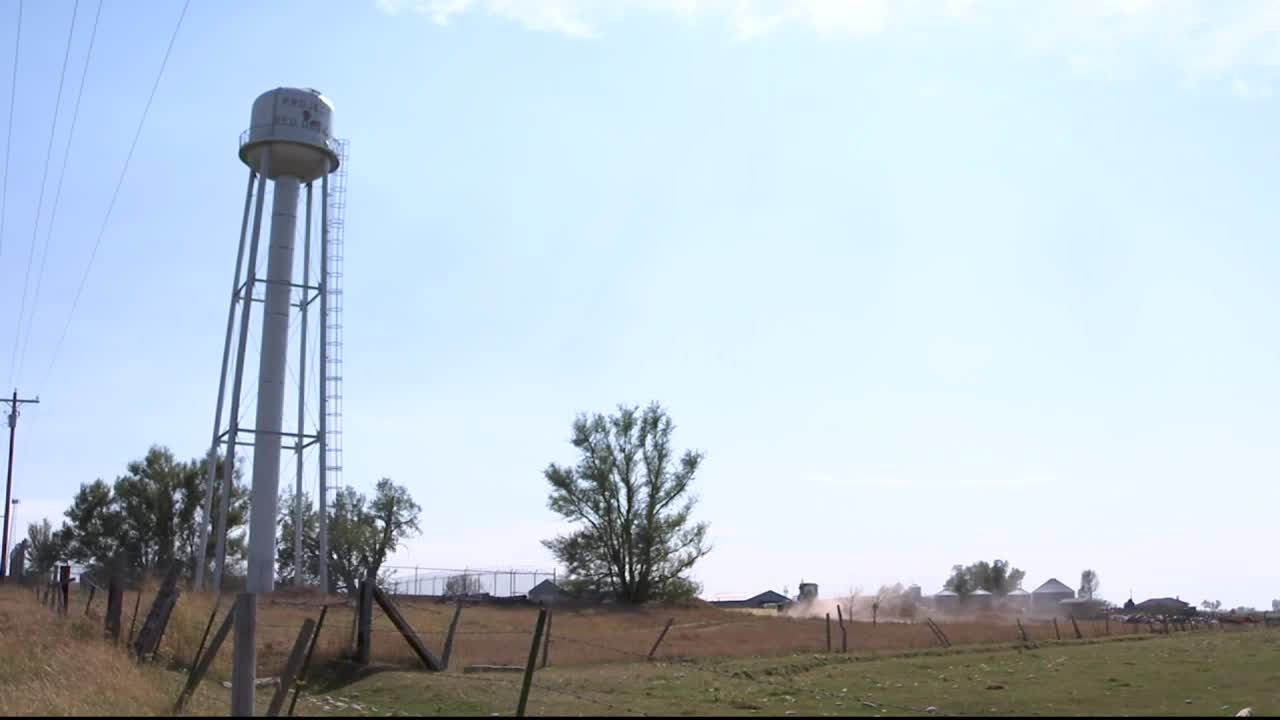 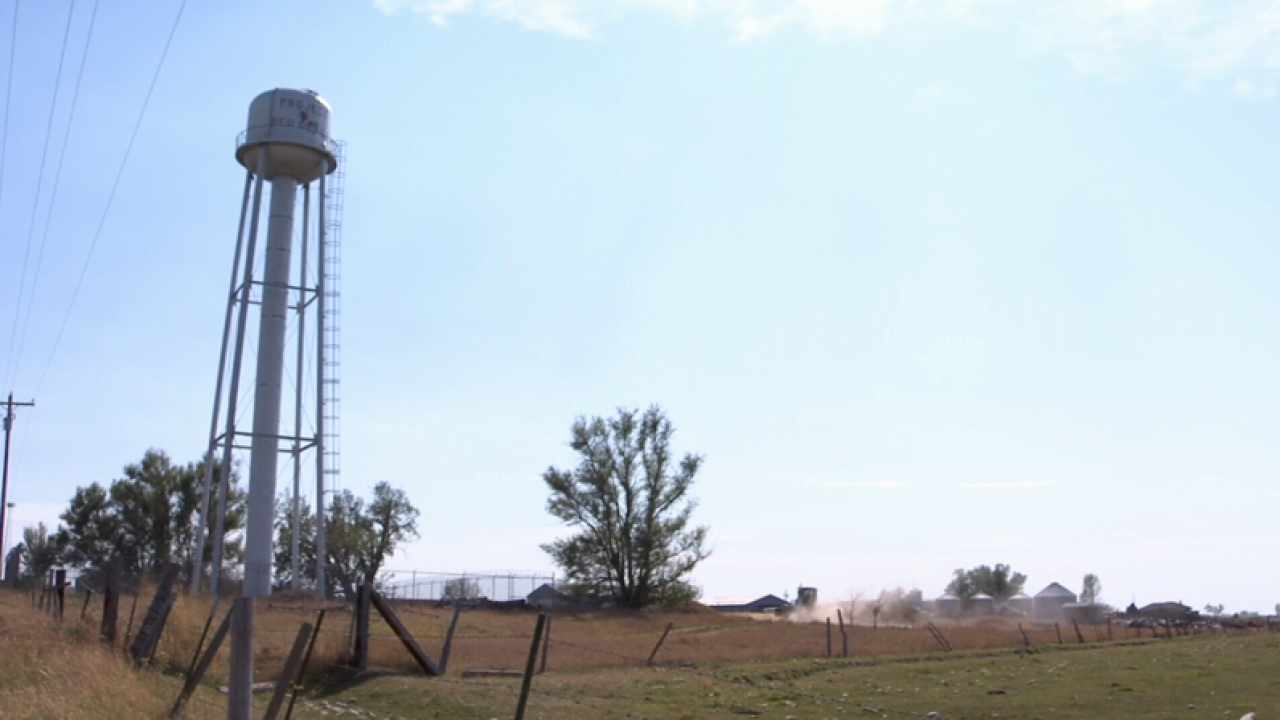 Darcey Switzer, a mother of five, has been forced to change up her family's daily routine at her home in Worden after it was announced the town’s water supply was not safe to drink.

Hers is just one of hundreds of families now required to brush their teeth with bottled water, something she keeps nearby in a shelf in the family’s shared bathroom.

“I think with anything like that, you just, I don’t know, you adapt,” said Switzer.

And adapting is something they are doing.

Each morning and night, her kids fill a cup with bottled water to brush their teeth.

“To make it a little easier for the kids, we would get like gallon jugs that could be refilled,” she said.

She says they aren’t using the water out of the tap, expect to wash their hands or clean dishes.

And because their water worries don’t seem to be trickling away anytime soon, Switzer said her husband recently installed a reverse osmosis system in their kitchen during the Labor Day holiday.

“So this is what we’ve got going on now. It’s just our reverse osmosis filter,” she said.

As she shows off the new water unit, she opens the kitchen sink cabinet where there are black containers.

“You can see the different filters that it goes through there,” she said. “That’s the holding tank right there.”

The new system basically looks like a normal water faucet, next to her existing kitchen sink faucet.

“So, it will filter the water and then hold it, so that you have a little bit more to work with when you’re cooking and stuff like that.”

As far as families living in the Worden Ballantine Yellowstone County Water & Sewer District know, this could be the norm for several more years.

Currently, the water district is taking some 500 water samples a month, as district board member Gary Fredericks explained, and trying to pinpoint the location where a possible intrusion or penetration to the water supply could be.

“Where are they coming from and is anything else coming in,” said Fredericks. “They found pathogens in there that should not be in our water, and that was very direct evidence that our water had been penetrated by a surface intrusion.

The problem started in June when high nitrate levels were first detected in the Worden Ballantine system.

A microscopic analysis was ordered on the Worden Ballantine water to see what other harmful micro-organisms may be in the water.

Officials said the microscopic test indicated that the ground water has been contaminated with surface water.

That many samples is much more than the Montana Department of Environmental Quality requires, according to Jon Dilliard, public water supply bureau chief.

Montana communities by law, must test yearly for nitrates and test every month for bacteria, like e-coli.

Recently both were found in Worden’s underground water supply.

Now, MTN News is learning levels of nitrate have been creeping up higher and higher for some time.

In 2011, testing started to track a noticeable increase in levels with “high peaks,” which got steadily worse until 2019, according to Dilliard. This summer, Dilliard said the contamination finally hit a level unsafe for infants and pregnant women to drink , prompting the recent warning.

Finding the source is now the mission of the Worden Ballantine Water District, even asking those on nearby wells to obtain a take home test-kit.

“We are finding some wells aren’t too good either. And in fact some of them are probably worse than what our city water was,” said Fredericks.

The water district uses chlorine to treat its water, but Fredericks’ fear is other pathogens could also get into the water supply that are immune to their way of treating.

“We are stuck between a rock and hard place,” he said. “We can’t tell people to boil the water, we can’t tell them that it’s safe to use at home.”

So for now, the water district is taking those hundreds of water samples a month, as a way to pinpoint the location of the source of penetration, said Fredericks.

“It’s purely speculation on our part, but we’ve seen three years of incredible snow melt and runoff and an incredibly wet spring,” said Fredericks. “How has our underground aquifers been affected? Has it moved anything around?”

Dilliard said it's possible, the nearby agriculture in that area of Yellowstone County could be a culprit, with fertilizer and agriculture land that holds livestock, but that’s not been determined.

For now, the question of what’s going on under the ground remains.

And until the source is found, families like the Switzers will keep using bottled water and making do.

“Nobody is sick yet, and believe me I’d know, because there’s seven of us,” said Switzer.

Fredericks did also say, that the water district board may have to make a critical decision regarding their water system, by moving from only chlorinating it to building a water treatment plant or a more elaborate filtration system.

That’s if the source of the bacteria can’t be found through testing.