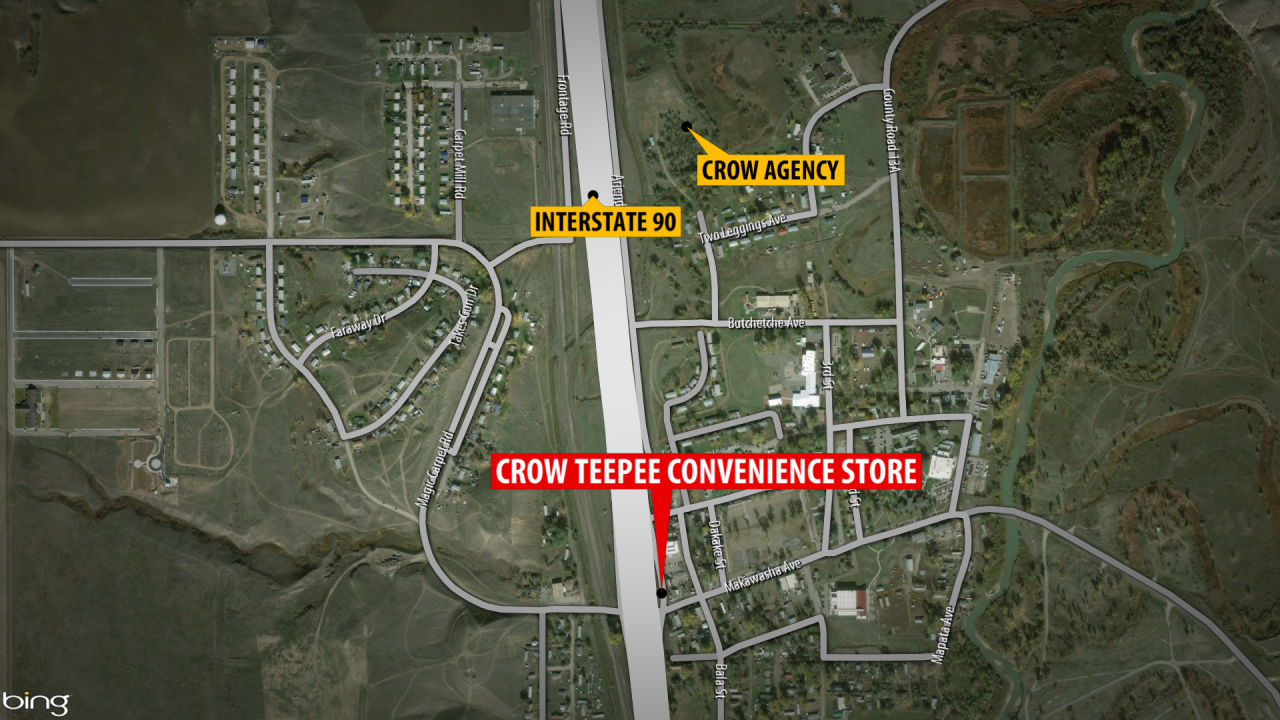 One person is dead after homicide involving two members of the Crow Tribe occurred at the Crow Tee Pee Convenience Store in Crow Agency around 5 p.m. Sunday, according to a media release from the Crow Tribe's Police Department.

“The Crow Tribe’s Police Department is working with Bureau of Indian Affairs and Federal Bureau of Investigation law enforcement agencies because the alleged crime falls under the Major Crimes Act," wrote Terrill Bracken, the Crow Tribe's Chief of Police.

No other details about the homicide have been released, including the identities of the individuals involved.

This is the first major case for the newly formed Crow Tribe's Police Department. The department's 18 officers officially went to work on Saturday after months of preparation between tribal and federal officials.

Crow Tribe Chairman A.J. Not Afraid wrote, "The Crow Police Department performed in a text-book fashion in responding to this incident. The Crow Police Department will constantly be tested in its ability to provide police protection services and we are confident that the Crow Tribe, Crow people and residents of the reservation will benefit from a tribal police department.”

The Chairman added, “It is always unfortunate when an incident results in a loss of life, my thoughts and prayers go out to the family.”