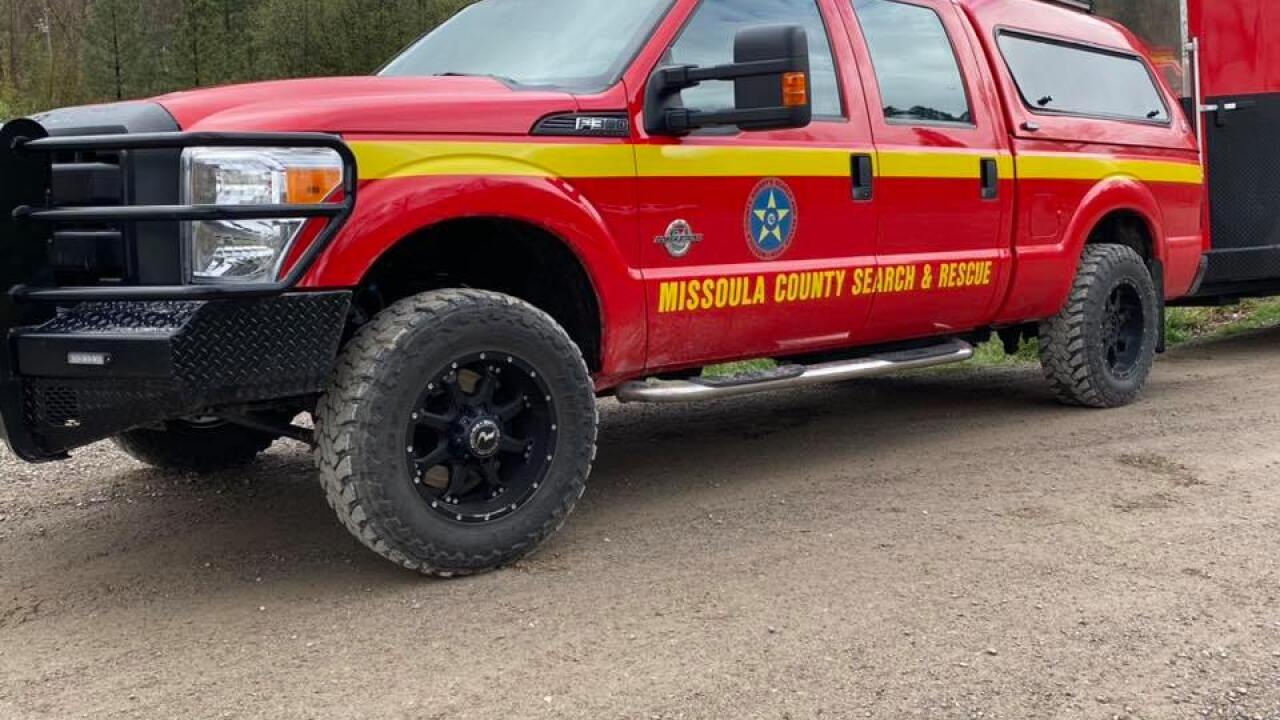 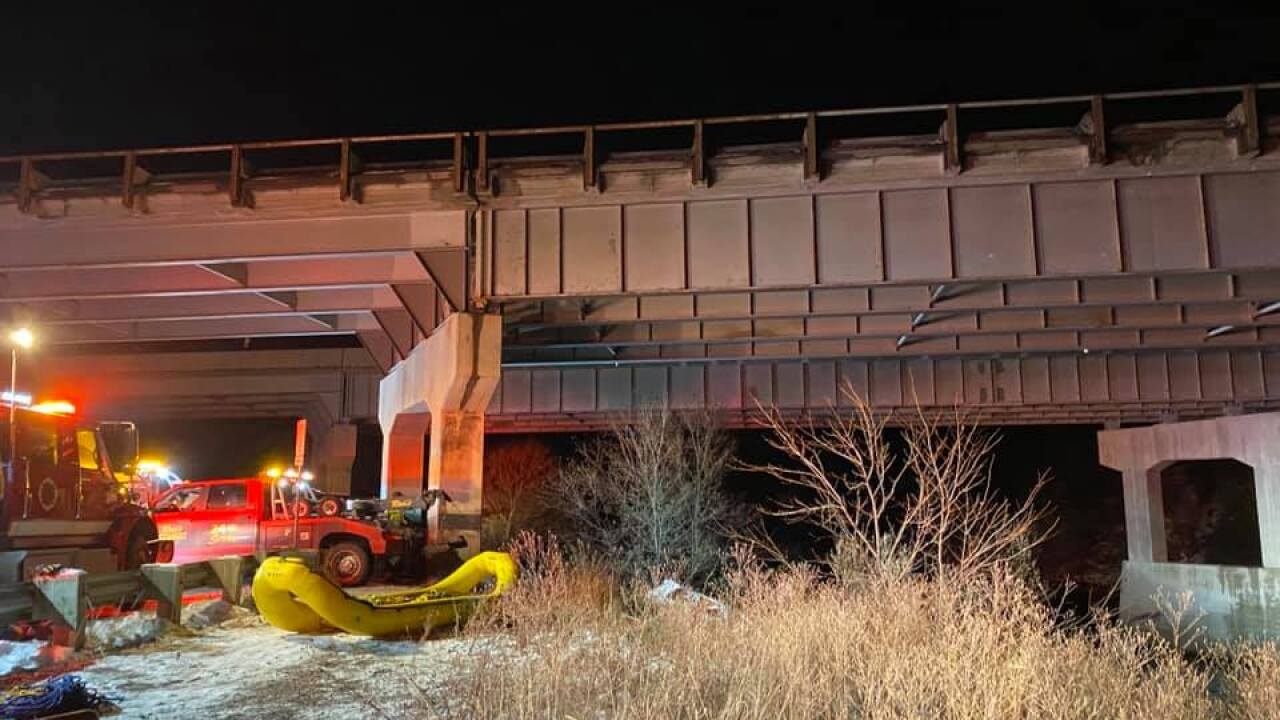 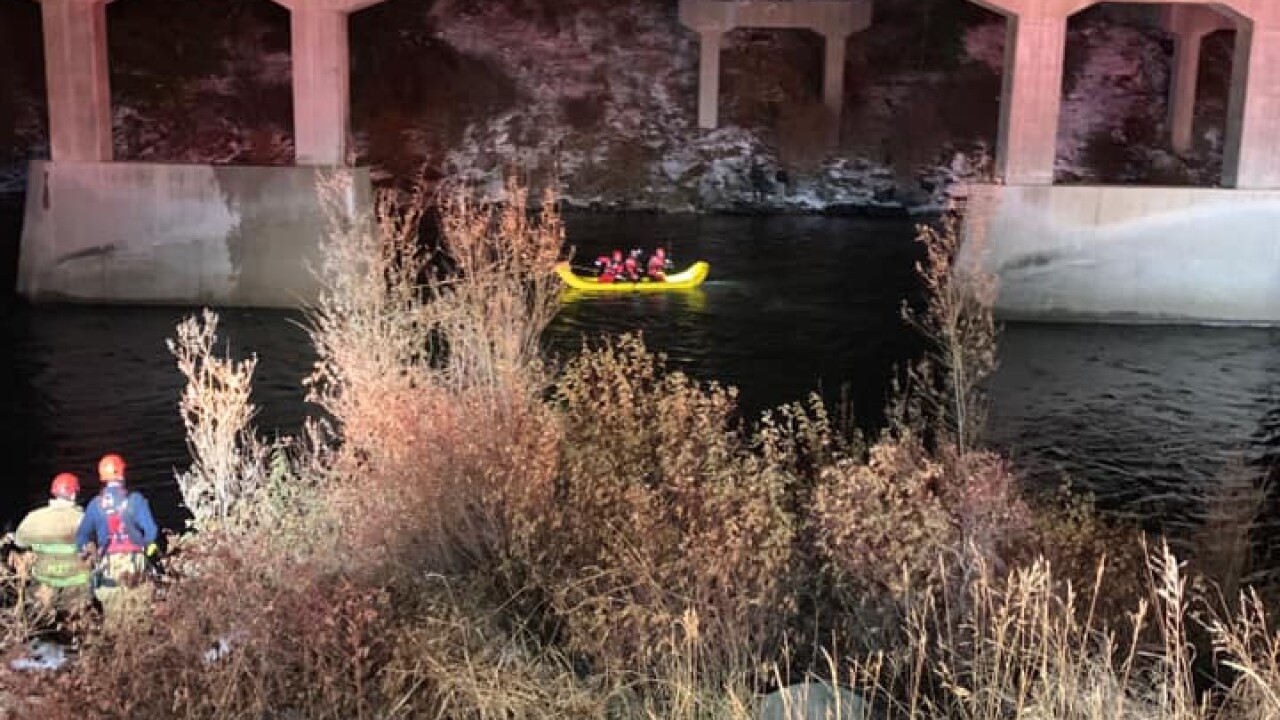 (Updated at 4:00 p.m. November 15) Missoula County Sheriff/Coroner TJ McDermott confirmed that the two people who were taken to St. Patrick's hospital have died from their injuries after a vehicle crash on I-90 between Bonner and East Missoula.

Sheriff McDermott identified the victims as 42-year-old Jason E. Brandle and 5-year-old Abel Hamlin, both of Helena. The third person in the vehicle who was injured, a 37-year-old Helena woman, is reportedly in stable condition at St. Patrick's.

According to Montana Highway Patrol, the three were westbound on I-90 Saturday night in a Jeep Cherokee. MHP said around mile marker 109, the Jeep went off the road to the right and hit a guardrail, corrected to left, continued across lanes of traffic, and broke through the guardrail.

The vehicle was then vaulted into the river, and the woman was ejected from the vehicle. She was later found on the river bank and taken to the hospitla in Missoula for her injuries.

The Jeep came to rest in the middle of the river, submerged in water. Missoula Search and Rescue recovered the vehicle with the man and boy still inside. They were taken to the hospital, where they succumbed to their injuries.

Both Brandle and Hamlin were wearing seatbelts; the woman passenger was not wearing her seatbelt, according to MHP.

MHP said alcohol and speed are suspected factors in the crash, and the investigation is ongoing.

(First Report) Missoula County Search and Rescue responded Saturday night to a vehicle that left I-90 near mile marker 108 and entered the Clark Fork River.

The Missoula County Sheriff's Office said on Facebook that three people were in the vehicle when it entered the river around 9 p.m. Saturday.

One person was able to get out; the other two were transported to St. Patrick Hospital.

The Montana Highway Patrol and the Missoula Rural Fire District also responded to the incident. MHP is investigating the crash.

No further information was available about the incident or the current condition of the two people taken to the hospital.

We will update this story as we learn more details.